Border Watch: Out in the field at Farley's Cabin, while the greed motivated border security and immigration "dog and pony show" (illusion) continues 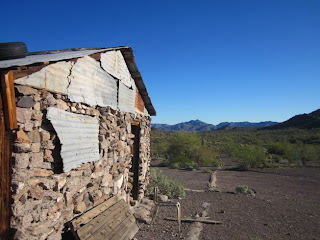 I spent Thursday at an observation point overlooking interstate 8 near Farley's Cabin in the Sonoran Desert National Monument. This is a "permit required" area and four wheel drive is strongly recommended, as the road is in rough shape. Although I didn't find much evidence of smuggling in this area, I did enjoy a great day to be outdoors. Temperatures were in the upper 80's and there was a light breeze.

While exploring Farley's Cabin and the surrounding area, I did come across some evidence of foot traffic. Far more interesting were the petroglyphs I found on a nearby hillside. On the way out of the area shortly after sun down, we crossed paths with deputies from the Maricopa County Sheriff's Office. They were rather well concealed, waiting to pounce on an unsuspecting load vehicle. 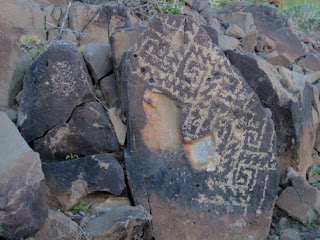 The government needs to stop pandering to these hostile and ungrateful foreign nationals. They need to strictly enforce our existing laws. When the economy goes bust (and it will), we will see that the United States will become "Amexica" and border patrol will be redundant.

We need to start enforcing our immigration laws and get all illegal aliens OFF the public dole. If we make it uncomfortable for them to live here, they won't want to live here. As it stands now, getting over the border is the hard part and the rest is smooth sailing.

Yet Another Drug Bust in Vekol Valley

Sheriff Paul Babeu said “Local law enforcement agencies continue to see the affects of an unsecured border and investigate criminals from Mexico who are involved with drug and human smuggling. In this case the suspects got away but many times they don’t. Unfortunately after law enforcement puts these criminals behind bars, Secretary Napolitano lets them and those who have been charged with manslaughter, child molestation, weapon offenses, narcotic and human smuggling free from custody to live at undisclosed locations throughout the United States.” Full Article 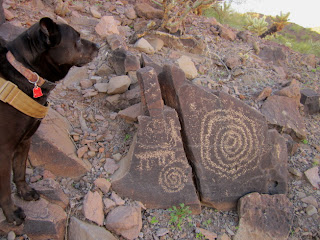 It's a common practice for smugglers to disconnect tail and marker lights, enabling them to drive "blacked out" in the desert. Apparently, these smugglers failed to reconnect the lights before getting on Interstate 8. A rather expensive oversight on the part of this smuggling crew. Hopefully, their boss will "reward" their failure.

The discussion associated with this article has taken on a life of its' own. One person had the audacity to call White People racist, while throwing out derogatory racial epitaphs, himself. The racial double standard never ends. I wrapped up my involvement with the following comment:

There’s the racial double standard in play. It’s acceptable to cry “racism” while calling White People “Gringo”. Of course, only White People are racist. What a crock!

If you follow the money up the food chain, you will find our mutual problem is called “Zionism” and has nothing to do with race/ethnicity, just greed. Their tactic is called, “divide and conquer”. While they loot the kitty, they have us bickering among ourselves. Who owns the money? Who is in debt up to their eyeballs? Welcome to the transnational controlled global plantation. 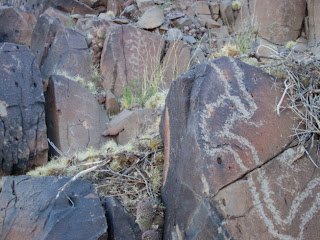 If it weren’t so pathetic, it would be funny that most people don’t even know who the true oppressors are. "The more we do to you, the less you seem to believe we are doing it." –Josef Mengele

One new trend Longmire has noticed is that cartels are becoming more involved in human smuggling, turning migrants into drug mules. That's creating a challenge for law enforcement along the border. Full Story

The border security dog and pony show has once again, come to town. I don't care how much technology they throw at the border problem, they still need to have boots on the ground. And I mean "on the ground" and not sitting in a truck or the local greasy spoon.

These shows and their vendors are nothing more than tapeworms sucking the blood out of budgets. Remember the "virtual fence" and it's miserable failure, not to mention cost overruns? 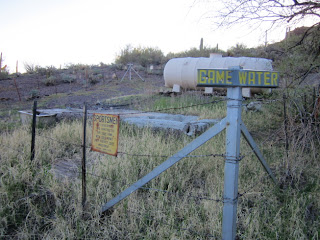 The "indentured" immigrants working as cartel mules is nothing new. This has been going on for quite some time. Did Longmire ever talk to illegal aliens or drug smugglers out in the field... or does he push pencils? Apparently, the intelligence experts aren't as up to date as they want us to believe. Of course, this has nothing to do with border security. It has everything to do with how much money these corporations can bleed from the taxpayer.

“Today’s ICE testimony directly contradicts repeated assurances and explanations peddled by the Obama administration in the days after the mass release of illegal aliens became public knowledge,” said Arizona Gov. Jan Brewer. “The American people were initially told there were hundreds, not thousands, of individuals released. We were assured they were low-level detainees of little public risk. As we now know, neither of these claims was accurate.” Full Article

Saving money? Considering the cost of recapture and reprocessing them back into the system, we've just paid twice and potentially endangered innocent citizens. Obviously, the politicians could care less about public safety.