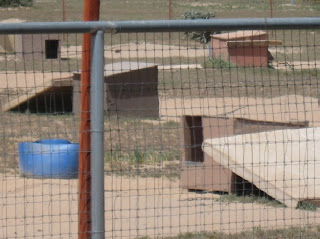 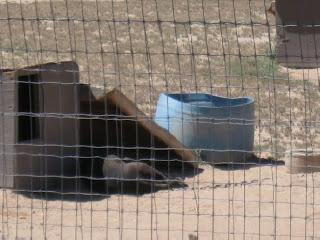 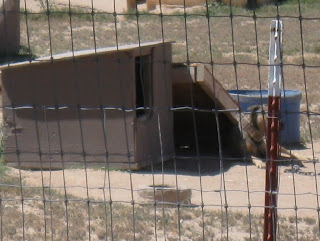 Mexicans in Arizona have continued to fight roosters and pit bulls, despite the barbaric practice being unlawful and condemned by descent folks. Due to government forced multiculturalism and diversity, us law abiding citizens are “supposed” to look the other way and pretend this is not happening right under our noses. If you speak out, prepare to be labeled a racist.

We are bombarded by liberal media propaganda, that these savage Mexicans are simply nice people trying to make better lives for themselves. Oddly, this is the same media that shows “bad Mexicans” on the news almost every night. You know, the rapists, carjackers and thieves. I believe the strategy behind this is to generate fear. Enough fear that people will not step up and do something to improve their communities and make them safer. Enough fear that people will relinquish more of their rights as citizens.

Mexicans who fight animals are notoriously dangerous, with rival betters often killing each other with knives and guns. There’s no such thing as good sportsmanship here. If your opponent is a sore loser, you’re dead or at least bleeding from somewhere.

AN INITIATIVE MEASURE PROPOSING AN AMENDMENT TO TITLE 13, CHAPTER 29 OF THE ARIZONA REVISED STATUTES RELATING TO COCKFIGHTING

Proposition 201 would amend state law to create the crime of cockfighting by prohibiting a person from knowingly:

1. Owning, possessing, keeping or training a male chicken ("cock") with the intent that the cock fight with another cock.
2. Causing any cock to fight with or injure another cock for the amusement or gain of the person.
3. Allowing any of the above described acts to occur on the person's property. More: http://www.animallaw.info/statutes/stusaz1998proposition201cock.htm

Proposition 201 passed and is now law. Unfortunately, not enough enforcement is taking place. Today, many animals are brutally killed to satisfy barbaric and uncivilized blood lust. In Arizona, cockfighting is a class 5 felony.

We learned that punishment often doesn’t fit the crime. When Michael Vick was convicted for fighting and killing dogs, he received what I would call a “slap on the wrist”. A few months of easy time in “Club Fed” is all he received. Currently, he’s back in the NFL, what I like to call the “Negro Felons League”.

Investigators claim to have discovered dozens of fighting roosters at a south Phoenix business Wednesday night.

An official with the Phoenix Police Department said officers have confiscated at least 50 birds and the business owner was taken into custody. More: http://www.abc15.com/content/news/phoenixmetro/story/Investigators-uncover-Phoenix-cockfighting-ring/S4BucGEk0Eqny4M0hXprOA.cspx

We need you on our side! You don’t have to be a cop, a lawyer or a judge to fight animal cruelty. All you need is the courage to speak up for those who cannot speak for themselves.
http://www.aspca.org/fight-animal-cruelty/

Crimes involving the abuse and neglect of animals are often only the tip of the iceberg. These "career criminals" engage in a wide variety of activities including the trafficking of narcotics, home invasion robberies, human smuggling and a whole spectrum of property crimes. Some of these people could even be your neighbors.

“So if you want to take over a nation, you need to make the members of the family, the citizens of the nation, forget their identity and their traditions. You need to corrupt the nation spiritually and morally as well as politically. You need to erase the distinction between insider and outsider; then you are no longer an outsider, and the resistance against you crumbles. Understand? That is and always has been the Jewish method: take over a nation by destroying it, by making a rootless, cosmopolitan, multicultural cesspool of it.” --Dr. William L. Pierce
Posted by Harry L. Hughes III at 2:01 PM No comments: