Dole Bludgers: The open borders lunatics want them here, but expect us to pay for them 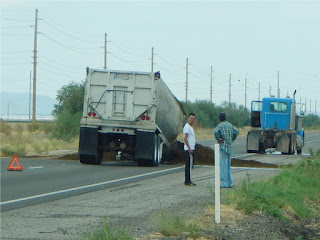 During my years of conducting border recons, I've come across quite the cast of characters. For the most part, the people I meet are genuinely good and mean well. Every once in a blue moon, I'll come across someone that doesn't do well, when confronted with right vs. wrong ethical situations. Part of this mix includes various and sundry informants and government plants that certainly spice up the mix.

During the J.T. Ready U.S. Border Guard days, lots of people were leaving the scene, almost as fast as they appeared. During the summer of 2010, I met Paris Frazier, who ultimately had a serious falling out with J.T. Ready. Of course, J.T. had quite a few "falling outs." Personally, I never had an issue with Mr. Frazier or any of his associates. Of course, you've got to know when to hold 'em. Know when to fold 'em. Know when to walk away. Know when to run. I'm sure there will be a few more chapters, as the chatter on the various militia forums is about to explode. Gossip always seems to trump OP SEC (operational security). As usual, we in the National Socialist Movement always come out clean. 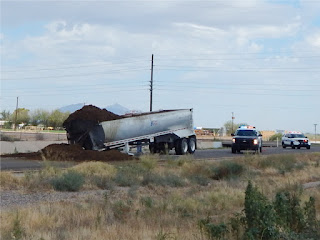 Remember former PA police chief Mark Kessler? Another chapter in the cat & mouse story of informants, stings and high speed chases is unfolding and has recently become public record. Last year, Mark Kessler, working as an FBI informant, showed up in Arizona to conduct anti-smuggling border operations. Of course, I wouldn't touch this with a ten foot pole. Nope! Not in a million years. However, Parris Frazier, an occasional acquaintance of mine, did touch it. Frazier, a rather outspoken person, didn't get along with Mr. Kessler and the two departed on “disagreeable” terms.

“Kessler here… We’re expecting to make contact and be engaged by heavily armed cartel escorts trucking dope into Arizona, Feel free to join if you want, but be prepared to get contacted by heavily armed cartel members with automatic weapons, & possible grenades… so, I suggest those who live in AZ come to the front lines and assist in stopping the traffickers, murderers[sic], rapist[sic] from entering! Instead of bitching about it on social media. More 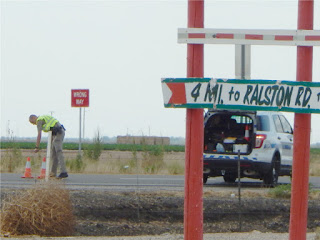 Perhaps, Mark Kessler might have put in a good word for Mr. Fraizer, with his agent buddies. Kessler is a former police chief with the Gilberton Police Department in Pennsylvania. He resigned in early 2014 after being suspended for posting videos online in which he fires guns and aggressively insults liberals as “libtards.” More


The ringleader was Parris Frazier, of Arizona. He is well known around some of the border operations, though he has been asked to leave some of the groups because he seems to have ideas, expectations, and methods which are beyond the reasoned thinking of those running full, or nearly full, time operations. There are lessons to be learned with this story, but most importantly, don’t trust anyone until you have done a thorough job of vetting them, including following someone claiming to be a “source” to see where he goes from the meeting, and then to where he goes to spend the night. That extra effort may save you twenty years of your life. Outpost


Gutierrez, a longtime advocate of the very open borders that caused these deaths, went on a disgustingly offensive and vicious rant against Vaughan after she pointed out he had described the death of Kate Steinle as “a little thing” in a Telemundo interview. It was during the Gutierrez raging episode that the three mothers were so offended by both his demeanor and what they were hearing that they walked out while he was speaking. More 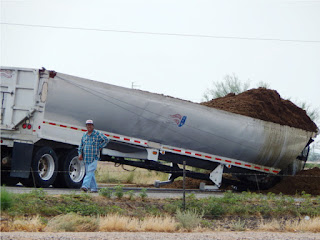 Beating up on grieving white people is almost as much fun as taking their country away from them, so Gutierrez may have found a second opportunity to be too much to resist. On Thursday, just two days after Gutierrez’s first racist temper tantrum, Ray Tranchant, a man who lost his sixteen-year-old daughter to an illegal alien drunk driver, was selected by Gutierrez as his next target. More

Levin: America Is Not A Nation Of Immigrants


Levin believes the immigration of today is very different from the kind of migration America has experienced in the past. “With the massive welfare state, no not everybody is coming here to work. Some are coming here to go on welfare just like some American citizens don’t want to work and they want welfare,” he remarked. “And this is being encouraged by the government, not hard work, not assimilation but balkanization and welfare.” DC 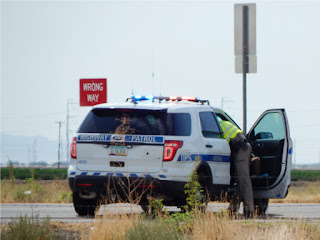 Before long, you will actually start to see illegal alien police officers. In many communities, your policeman, your prosecutor, your judge will all be illegal aliens, or those who have been hastily "legalized." DOJ

“The authority of the State can never be an end in itself; for, if that were so, any kind of tyranny would be inviolable and sacred. If a government uses the instruments of power in it’s hands for the purpose of leading a people to ruin, then rebellion is not only the right but also the duty of every individual citizen.” ~Adolf Hitler, Mein Kampf.