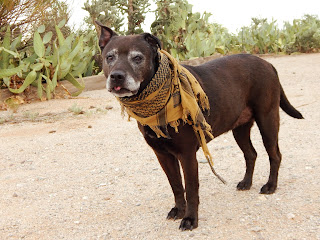 In southern Arizona, our monsoon season has barely brought us an inch of rain, thus far. During our rainy season, local drug and human smuggling activity takes a short break. The unpredictability of the weather, plus the threat of flooding makes cross desert trafficking more difficult. Taking this into account and having some 204,821 miles on my pickup truck, I decided to send the beast to the machine shop to have the engine and clutch rebuilt. It will be nice to start off the fall dope harvest, with zero miles on a rebuilt engine.

While things may be a little slow in the desert, the National Socialist Movement and the NSM Media Radio Network are hard at work. We're adding shows and holding quite a few public events. Most recently, we've held meetings and rallies in Florida, Tennessee, Ohio and New York. On August 20, 2016, the NSM is hosting a "meet & greet" in Tupelo, Mississippi. Along with a BBQ, there will be a ceremonial cross and swastika lighting.  All white patriots, regardless of group affiliation, are welcome to attend. Commander Schoep will be speaking at this event, along with many others. 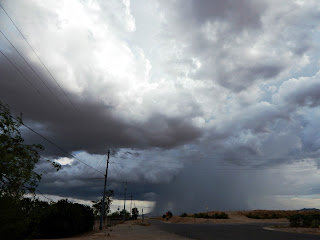 It is also a pleasure to announce that the National Socialist Movement will be holding a public rally on November 5, 2016, on the Capitol steps in Harrisburg, Pennsylvania. This is my home state and a "post industrial" blighted battleground for the fight against the failed trade policies of the current and previous administrations. This rally will be held on the Saturday, right before the general election, so get out there and listen to what we have to say. Our messages have become more main stream, as Globalism is losing steam and giving way to the intensifying tide of Nationalism. Promo Video


Lee Bebout, who is white, said he was promptly attacked for promoting discrimination against white people. Fliers appeared around his neighborhood which featured a photo of him and the declaration that he was “anti-white.” Bebout was still relatively new to the area at the time. “It was not the way I wanted to meet my neighbors,” he said, though many of them turned out to be supportive. WP Video

It would also appear that Lee Bebout supports open borders and hates Donald Trump. In fact, it would appear that a college professor, at a public funded university, such as ASU, seemed to think it was perfectly justifiable to assist his fellow anarchists (Communists and miscreants) in blocking traffic, along Shea Blvd. on March 19, 2016. More 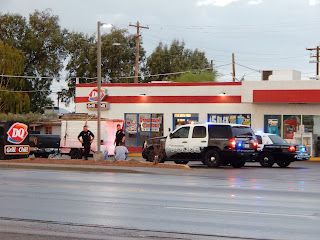 
The trio had chained themselves to their vehicles parked in the road leading to where Trump would make a final pitch ahead of Arizona’s presidential primary Tuesday. Protesters with megaphones and drums chanting “Donald Trump, shut it down!” blocked westbound lanes of Shea Boulevard near State Route 87 and eastbound lanes near the entrance to Eagle Mountain. More

And for the left, that was precisely the point: creating violence is a no-lose strategy. If protesters can provoke Trump supporters to be violent, they embarrass Trump and cast him as a fascist. And if the protesters themselves are violent, voters will understand that a Trump victory will be met with violent mob resistance. Breitbart 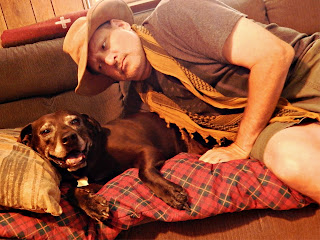 Just because our ((((civil society)))) has decided that nationalism is low status and that [White] racial identity is a social construct, it does not change the fact that our in-group is being systematically replaced across this country by federal immigration laws, affirmative action policies, HUD, etc. All that is being changed is our attitude towards it. In the 1920s, Americans would have overwhelmingly and vocally opposed these changes, and no, not just in the South. Right Stuff

Maybe not so fictional... SPECTRE (Special Executive for Counter-intelligence, Terrorism, Revenge and Extortion) is a fictional global criminal syndicate and terrorist organization featured in the James Bond novels by Ian Fleming.  Wikipedia 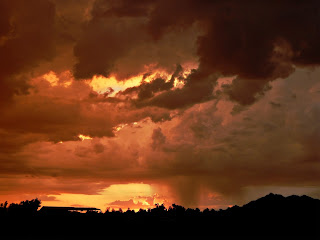 The Communist Propaganda works well on "Useful Idiots" and non-thinkers. There is a "Great Awakening" in these United States, as much of the middle class can no longer believe we are in a “recovery” and experiencing "progress." Donald Trump will keep speaking directly to the American voter and the misrepresentations of his words and intent will only intensify as the media tried to keep their lie alive.

“It’s called the power of unification – 2nd Amendment people have amazing spirit and are tremendously unified, which gives them great political power. And this year, they will be voting in record numbers, and it won’t be for Hillary Clinton, it will be for Donald Trump.” -Jason Miller, Donald Trump's senior communications adviser CBSNY