Low flying aircraft over my concealed LP/OP and deadly escalation at the Malhuer Wildlife Refuge near Burns, Oregon 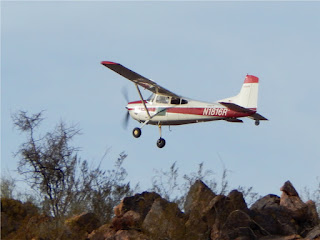 I spent another weekend, out in the field. This time, I found a saddle (geologic feature), west of the Table Top Wilderness Area and set up camp on a chunk of solid granite. This LP/OP overlooked the Tohono O'odham, but was well hidden, amongst ironwood trees. Shortly before dark, quail flew to the trees directly behind my tent and that's where they spent the night.

Come 1:00 am, a pack of coyotes entered my camp and engaged in a shouting match, with canine Bailey. This went on for about ten minutes, before they cleared out. By early Saturday morning, a low flying aircraft was spotted and it appeared to be doing a grid search. Then, if flew over my position, just over the trees. I photographed it and recorded the tail number. It was a 1974 Cessna that belongs to AZ Game & Fish.

All in all, it was a good camping and bird watching trip, without encountering any drug and human smuggling. On my way out of the Sonoran Desert National Monument, I observed a BLM ranger, just south of Interstate 8. Video 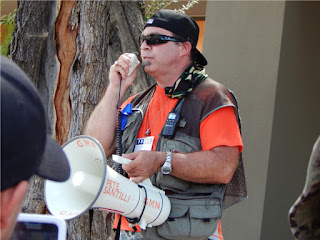 From "The Last Refuge"... (a4) By the 1990’s the Hammonds were one of the very few ranchers who still owned private property adjacent to the refuge. Susie Hammond in an effort to make sense of what was going on began compiling facts about the refuge. In a hidden public record she found a study done by the FWS in 1975. The study showed the “no use” policies of the FWS on the refuge were causing the wildlife to leave the refuge and move to private property. Full Article


In the statement, Bundy asked the federal government to allow the people remaining at the refuge to depart without being prosecuted. Addressing those still holding out, Bundy's statement said: "Please stand down. Go home and hug your families. This fight is now in the courts. Please go home." Bear in mind, the last group of people that left the refuge were allegedly ambushed and shot by police, leaving one wounded and another dead. Fox

The question is, why the sudden change of heart? Bundy seemed intent upon the protest lasting until the two Oregon ranchers who were re-jailed, and upon whose part they were protesting were released from prison. Did seeing his friend get murdered in cold blood and being arrested cause the change of heart? That’s one way for Federal Agents to force a surrender- shooting your friend right in front of you! More 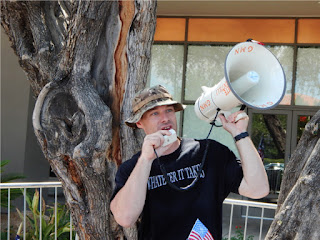 What started as a community protest–over the extended sentencing of father and son ranchers Dwight and Steven Hammond for two cases of arson on public lands–has morphed into another Bundy showdown where sovereign citizen rhetoric, revisionist history, and self-identified militia converge. Due to the extensive nature of this decades-long story, Breitbart News will be filing multiple stories from eastern Oregon in the days ahead. Breitbart


Never, it seemed, have two groups of people looked at the same conflagration and come to such different conclusions. The Hammonds’ fires, part of an obscure beef between ranchers and BLM, might seem tangential — not the real center of a national news story about the Bundys’ hostage-free, would-be armed rebellion. But at least one federal judge opined that the Hammonds have been unfairly treated. WP 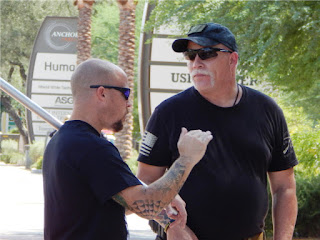 Why was the "Occupy Wall Street" movement permitted to turn into "Occupy Every Street," from New York to California? They also stayed in the park after posted closing hours. They were hailed as heroes by celebrities and politicians. Why is it that Black Lives Matter can burn multiple city blocks, loot, call for the murders of police officers and infringe upon the rights of others, trying to go about their daily lives  and nothing happens? But... White men, peacefully exercising their Second Amendment rights, while occupying an unlocked wildlife refuge center in protest of the BLM and its abusive practices... They must be stopped, killed and/or jailed.

Hands up or charging? Conflicting reports on shooting of Oregon militia spokesman


Conflicting information is emerging over what happened after a well-known member of the militia group occupying a nature preserve in Oregon died in a shootout with federal agents. The group’s spokesman had tried to run a roadblock before he was killed. Robert “LaVoy” Finicum, died Tuesday evening after a confrontation with federal law enforcement at a roadblock north of Burns, Oregon. RT

Remember, the World is watching. Show us that the use of deadly force was appropriate and that the militia presented a credible threat. Withhold the alleged video and people will suspect a man is dead over nothing more than criminal trespass at a wildlife refuge. Alleged threats do not constitute a death sentence. If you think the FBI didn't want this man dead, you have no idea how they really operate. 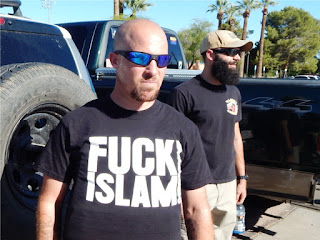 The federal government has declared war on Western culture and the ranching way of life. If you're a LEO on or near the Malhuer Wildlife Refuge , please ask yourself this question: If our founding fathers were watching you right now, would they call you an enemy of the nation they fought so hard to secure?


“I’m just not going to prison,” Finicum said. “Look at the stars. There’s no way I’m going to sit in a concrete cell where I can’t see the stars and roll out my bedroll on the ground. That’s just not going to happen. I want to be able to get up in the morning and throw my saddle on my horse and go check on my cows. It’s OK. I’ve lived a good life. God’s been gracious to me.”