It's been quite a while since I updated my blog, but I've been very very busy, these days... 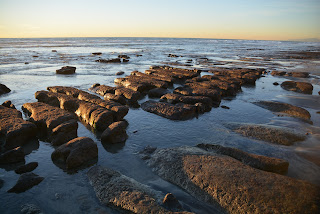 My fiance (that's why I've been so busy), who was divorced and moved here, from Wyoming, last year was unable get an Arizona ID or drivers license, despite having an official state issued birth certificate, a Social Security card and other (multiple) official supporting government documents. We made multiple, fruitless and costly 75 mile round trips to the Arizona DMV and Social Security office to no avail. Imagine being a foreigner in your own country?

The (black) armed security guard, at the Social Security Administration office in Casa Grande, Arizona made sure we found the exit, without delay. Imagine the power tripping black bully, with a gun and that's how it felt, as we left the building. Try asking for a supervisor or registering a complaint? There was going to be none of that. It was “Whitey, get out! You're not welcome, here." 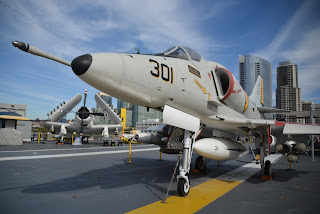 During each and every visit, she was turned away, without the person at the counter, even bothering to look at her documents. Those same (black) bureaucratic agents were so proud of not knowing what to do or how to resolve this dilemma, when asked. For months I made calls, sent emails and even acquired a pro bone attorney, who also failed to cut through the seemingly endless male bovine excrement. If it weren't for so many dishonest illegal aliens committing fraud, in this country, this would have not been such an overwhelming challenge.

Of course, we did see plenty of non-citizens (holding immigration paperwork) and non-whites getting everything they wanted. Meanwhile, a 44 year old US born citizen, was unable to get a state ID, driver's license, sign up for healthcare, open a bank account, apply for a job or register to vote. Laura was unable to vote in the mid-term elections, as Arizona requires a state ID. (see previous posts)

After fourteen months, endless bureaucracy and piles of paperwork, we finally were able to get her a state issued ID. This process required us to jump through lots of hoops and shell out money. I never ever want to hear anyone bitch and moan about black voter disenfranchisement, again. White People are also being systematically “discouraged' from voting. And if you think poll taxes are unfair, so is that $25.00 fee for getting those photo ID's. 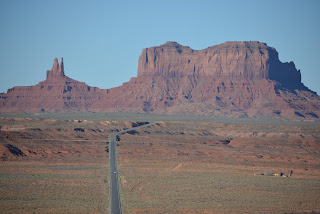 Then, there was that recent and horribly long flight delay, via Sky Harbor Phoenix. Last month, due to poor weather, I was basically camped out at the airport for nearly 20 hours. During that time, I watched the TSA security area exit and noticed lots of people were granted access, without any screening, whatsoever. They were simply allowed to walk in the "back door." While I was watching Terminal 2, my fiance was stuck in Denver, after having been aggressively groped by TSA in Casper, Wyoming.

Meanwhile, illegal aliens are being shuttled around, all over the country and not one of them has anything resembling a Real ID Act compliant document or other official state issued ID. If the TSA is so important for our nation's security, we should also be exercising the exact same due diligence along our borders.

TSA: Americans Need Papers To Fly, But Not Illegal Aliens


When you head to the airport to board a commercial flight you're expected to have a government-issued ID or passport, something that shows you're who you say you are. Apparently that rule only applies to Americans and not to illegal aliens.

The Transportation Security Administration (TSA) is allowing illegal aliens to fly on commercial flights once they're released Immigration and Customs Enforcement (ICE) and/or Border Patrol. The illegal aliens are being flown to various parts of the country for processing, seeing as how Border Patrol stations along the southern border are overwhelmed. Townhall 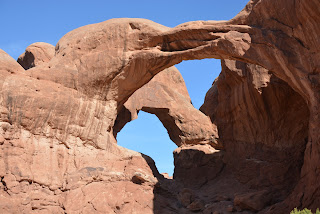 According to the union National Border Patrol Council, which represents Border Patrol Agents, TSA employees at two airports in Texas have allowed migrants to use a Notice to Appear form as identification to board planes across the country and have not insisted on any other type of documentation. Their concern is that the form is easily forged and that it does not come under the list of 15 forms of ID the TSA requires of every other flyer. Daily Mail

Back to Sky Harbor... "Known crew members" were allowed to enter, through the exit and their bags were never screened. Airport maintenance people were also permitted to pass through, without being searched. At Terminal 2, I saw a strange looking dark complected bearded male, who actually walked like a gorilla, bring a self propelled floor cleaning machine to the security area exit. He was allowed to enter, with the machine. 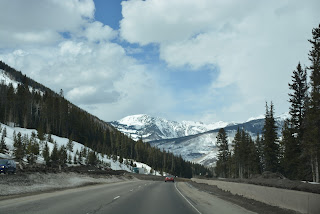 I kept thinking how easy it it would be to introduce an explosive device, in this manner. Imagine a self-propelled land torpedo, rolling down the hallway, while unsuspecting passengers mindlessly stare at their phones, as they drinking their lattes. Are you really that safe, even with the TSA on the job? Are they really on the job? Is this merely the illusion of safety and security? Never mind that illegal alien sneaking that dirty bomb across the Mexican border. Make sure that airline passenger is relieved of those deadly nail clippers.

There was absolutely nothing in place to stop a potential sapper, posing as an airport employee, from introducing an IED into the supposedly secure airport gate area, where thousands of passengers are clumped together, waiting to board their flights. Even before my extended Sky Harbor Phoenix visit, I thought the TSA was a joke or simply an affirmative action jobs program for POC's, who could not hold a job flipping burgers.


Notice: Thanks to the Silicon Valley Google oligarchy and the Communist ADL, my YouTube channel was deleted, despite having very limited controversial content. In time, you may see my videos at Cartel_Country139
Posted by Harry L. Hughes III at 10:13 AM 2 comments: