In our Marxist nation, it's OK to be different, but you're NOT permitted to disagree 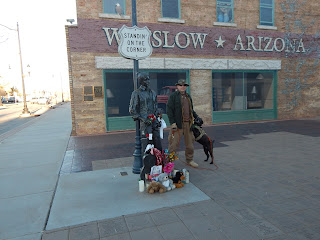 Needing a short break, we decided to take a two day excursion, covering 900 miles of northern Arizona. Long before sun up, we departed home and arrived, at the Grand Canyon National Park, a little over three hours later. The parking lot was nearly empty and we had most of the canyon to ourselves. After touring the Grand Canyon, we headed towards Lake Powell and Page, AZ.

The Sonic burgers we had for lunch in Page were huge. We visited the Glen Canyon Dam and crossed the Utah state line, following our visit to the Carl Hayden Visitors Center. As we headed back south, we decided to take the back roads through the Navajo Nation, towards Tuba City. Before reaching Tuba City, one of those roadside attraction signs advertising dinosaur tracks caught our attention, so we made the turn, down this dirt road, to see what was there. 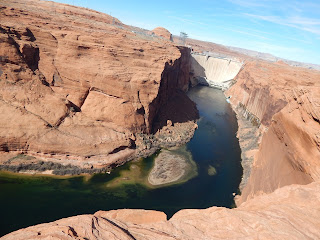 Here, we met dinosaur track guide, “Dale W.” Dale was a bit odd and we thought he might have spent his earlier years huffing paint fumes. Our guide didn't have any formal training in paleontology, but told us he studied “performance art.” Nonetheless, he did a good job and spent nearly an hour showing us around.

The 200+ mile drive through the reservation, was a long one. As the sun began to set, I pulled off to take some photos, off SR 87, about an hour north of Winslow, AZ. This was the place I met this fellow, who claimed to be a grandson of Nevy Jensen, a WWII Code Talker. We had a most interesting conversation. After getting a local history lesson, he began discussing his racial and cultural views. He also didn't approve of his family members marrying outside his tribe and race. I said, “Without roots, the tree falls.”

As it became dark, it was time for us to shake hands, say good bye and part company. We continued to head south, through the twilight zone, towards Winslow. After a good night's sleep, we found that corner to stand on. Video 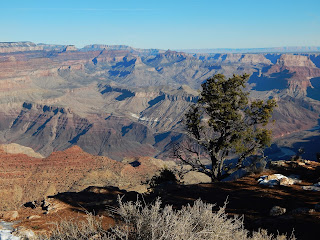 Chances are you now live in a ‘Constitution Free Zone’. US Federal District Judge Edward Korman, has reaffirmed an Obama admin policy that grants officials the authority to search Americans’ laptops and other electronics without a warrant, citing a controversial premise that makes citizens within 100 miles of the border eligible for a warrantless police search. T&A

Now, that the Fourth Amendment is gone, killing free speech is next: As I have documented, The FBI Has Been Attempting to Shut Down All Forms of Alternative Media With Regard to the Oregon Standoff, so I have to assume at some point this post will be seen. For that reason I will not say what I really feel, because I live in fear of what my government might do to me if I did. More

So far, 25 people have been arrested in connection with the standoff between a militia and federal officials on a federal wildlife preserve in Oregon. As the FBI sweeps in to collect evidence from the scene of the occupation, officials are discovering the dirtier aspects of living in a remote wildlife refuge that may come back to haunt the occupiers. CBS Cliven Bundy will be answering charges. KATU 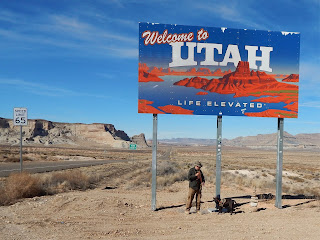 However, leftist agitators and trolls are permitted to make threats, without penalty or consequences: Prior to deleting violent and obscene posts, administrators of the page have been capturing disturbing screen shots of calls for violence against the Bundys, their supporters, and ranchers in the West. The San Jose State directory confirms that James Brent, the man “praying” for the Bundys to be shot and killed, teaches political science at a California university. Unless someone with a grudge is impersonating him, this appears to be his genuine identity. AT


Indeed, the growing concerns over the free-speech implications have united critics ranging from the statist American Civil Liberties Union (ACLU) to the liberty-oriented Rutherford Institute. The biggest concern, activists and critics of the case say, is that the federal government is trampling on the rights to free speech and freedom of the press guaranteed in the First Amendment to the U.S. Constitution. Critics of the prosecution also contend that the case is an ominous sign that the federal government is going off the rails. NA

To the Patriots Who Abandoned the “Militia” at Malheur Wildlife Refuge


As I wrote my fairly harsh criticisms of these people, I would get push back from time to time by fellow Patriots claiming they were making an honorable stand, the Government is to blame, and the time to act is now. However, that line of thought could always be shut down with one simple question, “Then why aren’t you there?” I consider myself to be a “Patriot” as much as anyone, but I wasn’t there because I thought their actions absurd, doomed to fail, and entirely unwarranted. We are all adults and we can just agree to disagree about the stand-off, but if you supported it then why weren’t you there? Full Article 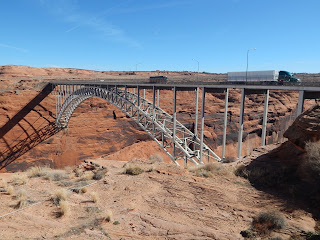 A Nevada rancher who was at the center of a dramatic standoff with federal authorities in 2014 is a flight risk and should be held without bail, an Oregon judge ruled Monday. LA One thing is for sure. The government's persecution of Cliven Bundy is not going to shut the rest of us up. We are going to speak out louder and with more zeal than ever before. This isn't just an attack on Cliven. This is an effort to silence all of us. The government is trying to send the message that any dissent will be quashed and anyone who stands against the government will be destroyed. CCFSG

The late Supreme Court Justice Antonin Scalia: “I write separately to call attention to this Court’s threat to American democracy,” Scalia wrote. “This practice of constitutional revision by an unelected committee of nine, always accompanied (as it is today) by extravagant praise of liberty, robs the People of the most important liberty they asserted in the Declaration of Independence and won in the Revolution of 1776: the freedom to govern themselves.” Link