Why nations have borders... and why the current African Ebola outbreak receives little attention in the West 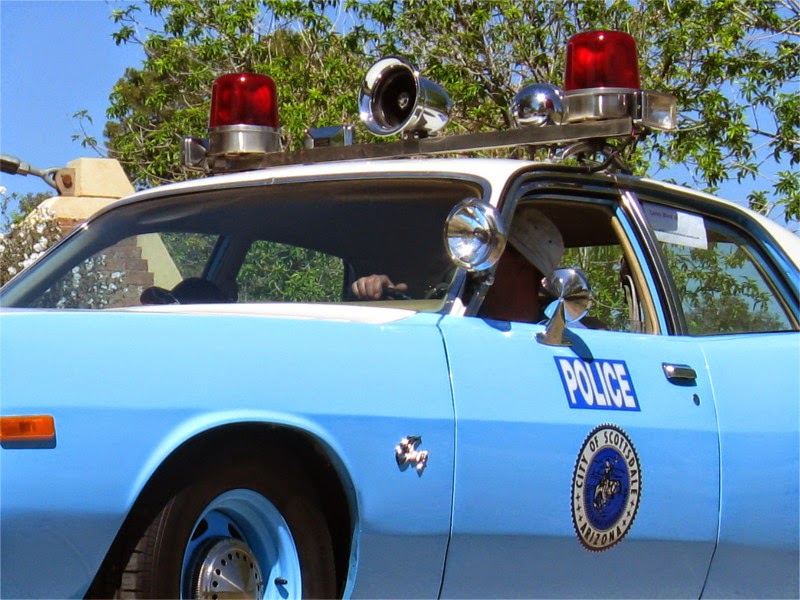 Those people and organizations that promote open borders don't want to hear stories, like this. After all, they want to hear nothing about how a secure border serves to protect the population that resides within its' confines. Therefore, the U.S. Zionist controlled media gives little attention to border crossing epidemics, as they don't serve their agenda.

"Uncontrolled immigration and international flight arrivals, without extensive screening of the passengers, means that new and previously eradicated diseases can be introduced to the indigenous population, to which we have no immunity. The government would keep a very tight lid on this one, as they don't want the population worrying about epidemics/pandemics." 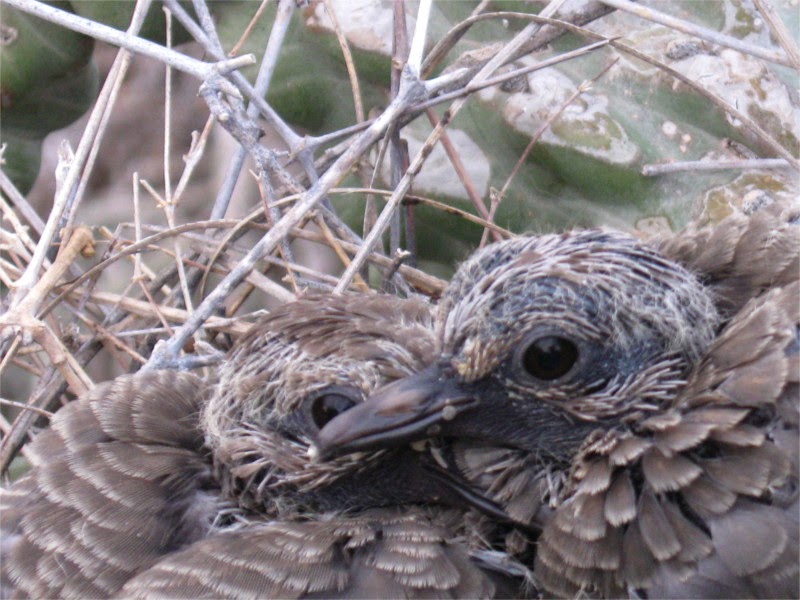 Though WHO has said it "does not recommend that any travel or trade restrictions be applied to Liberia, Guinea or Sierra Leone based on the current information available for this event," Senegal has closed its border with Guinea as a preventative measure. "When it used to be only in the south of Guinea, we didn't do anything special. But now that it's reached [Guinea's capital] Conakry, we believe it's safer to close our borders," said Senegal's Health Minister Awa Marie Coll-Seck, adding "We have also closed all weekly markets, known as luma, in the south." Full Article

“We discovered the vector agent of the Ebola virus is the bat,” said Remy Lamah, the country’s health minister, in an interview from the town of N’zerekore today. “We sent messages everywhere to announce the ban. People must even avoid consumption of rats and monkeys. They are very dangerous animals.” Full Article 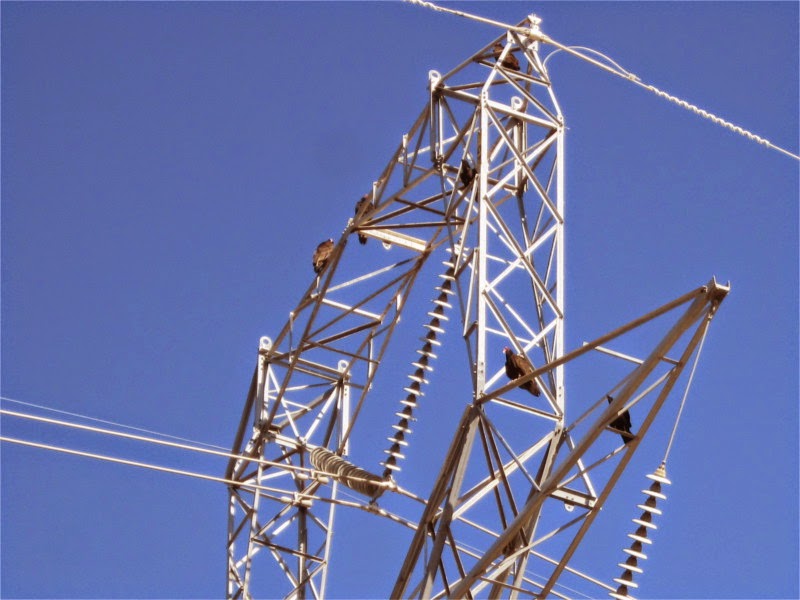 Yet, another reason to keep Africans out of White nations... An HIV-positive Kenyan woman slept with over 300 men in revenge for being raped and infected with the virus. More Meanwhile, in Canada... Link Cities in the U.S. such as Los Angeles and Jacksonville, Florida have seen dramatic rises in TB. The situation has become so dire that in the City of Angels, police officers are now advised to wear surgical masks when dealing with illegal aliens. More

To the entire Black race living in America, we, the Adamic, pink complexioned race (better known to you as the White race) that came to these shores from Iceland, England, Ireland, Scotland, and Europe, apologize for freeing you from slavery by fighting a horrible war among ourselves that cost the lives of almost two million of our own race and totally wiped out an entire way of life. Full Article

But it is NO joke that our border is wide open, because it’s not just would-be crop pickers and cleaning ladies coming across. It is hardened criminals, drug smugglers, MS-13 gangbangers, and most worrisome, terrorists… Full Article 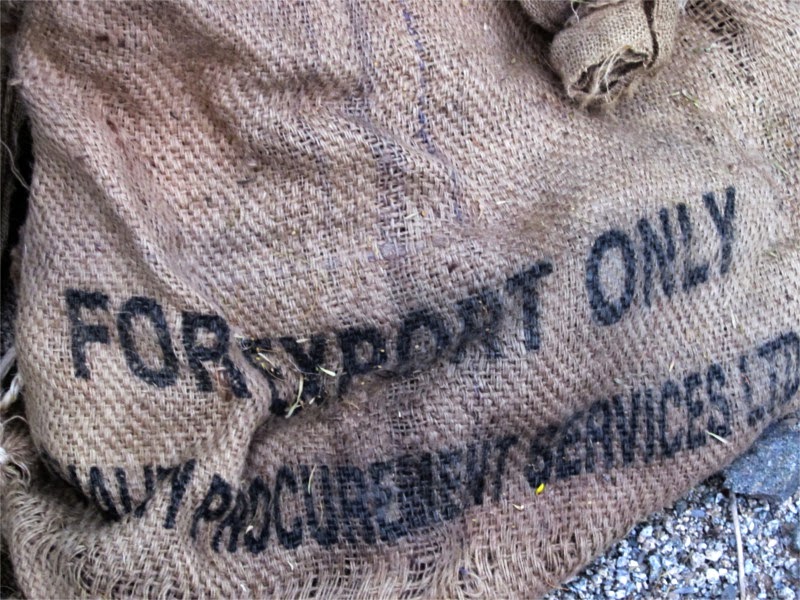 “Compared to old Europe, which had lost an infinite amount of its best blood through war and emigration, the American nation appears as a young and racially select people. The American nation itself, motivated by the theories of its own racial researchers, [has] established specific criteria for immigration…making an immigrant’s ability to set foot on American soil dependent on specific racial requirements on the one hand as well as a certain level of physical health of the individual himself.” --Adolph Hitler More

Zyklon B on the US Border

Lloyd was right about this. Lea forced health inspectors to descend on Chihuahuita, the Mexican quarter of El Paso, forcing inhabitants suspected of harboring lice to take kerosene and vinegar baths, have their heads shaved and clothes incinerated. Inspection of 5,000 rooms did not stigmatize Chihuahuita as a plague zone. More

April 1, 2014: According to the New York City Department of Health and Mental Hygiene, at least 25 New Yorkers have contracted the Measles virus, according to city Health Commissioner Mary Bassett. The outbreak, which emerged in northern Manhattan and the Bronx, has now spread downtown to the Lower East Side. Even the CDC says it's not the unvaccinated - it's the immigrants. More

"A people who are not convinced of their uniqueness and value will perish." --David Lane

Food stamp fraud perpetrated by Africans and how the teeth were pulled out of the S.P.L.C.'s hateful and deceptive mouth 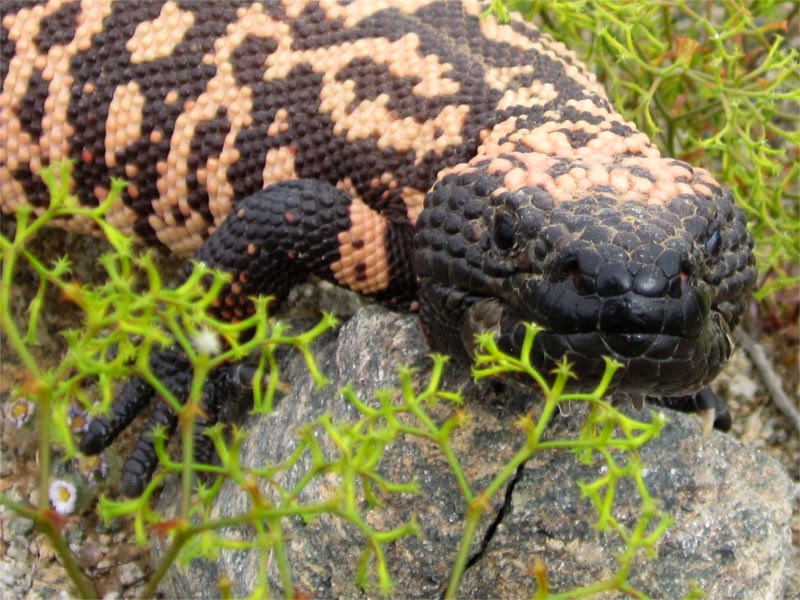 Our teams spent the last four days sitting on one of the popular dope trails near Hidden Valley. Drug and human smuggling activity has been on the rise, as of late and it was time to put forth a serious effort to put some pressure on the smugglers. I would like to thank our local and out of state volunteers that took the time to make this operation successful. We would also like to thank the U.S. Border Patrol for taking an interest in this area, too.

From time to time, I like to revisit some of my old neighborhoods. Some of these excursions, are called, "urban safari.” The late J.T. Ready and I observed suspicious activity on multiple occasions at the African Caribbean Market, going back to September of 2011. When we attempted to report this possible criminal operation to the Department of Economic Security, our claims were dismissed and/or simply ignored. Meanwhile, the taxpayer continued to flip the bill (for millions). 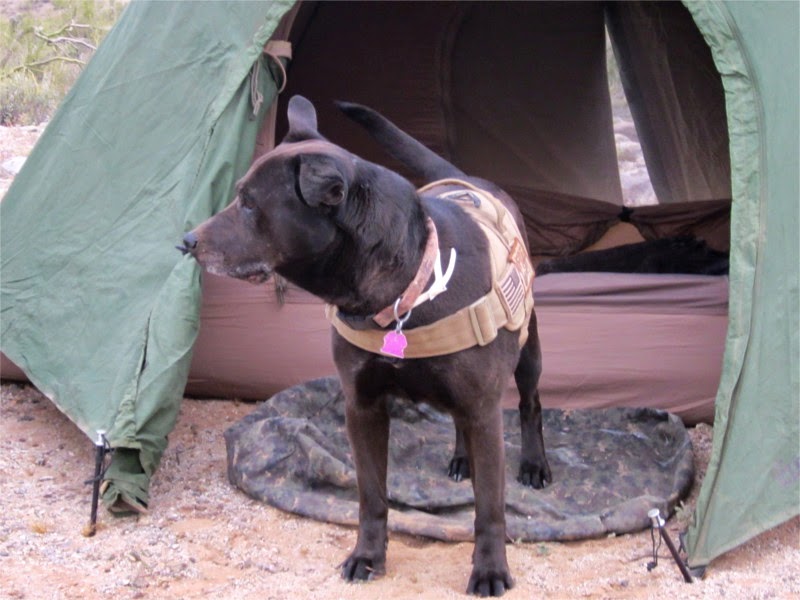 We observed several people walk in, conduct transactions and none of them bought any groceries. The one thing that still burns in my mind, were the looks on people's faces, when I started taking pictures. In reality, there's a store like this on almost every corner... and within walking distance, there's a place to buy crack and heroin.

Bernard and Monica Le-Uh face the possibility of hundreds, if not thousands, of felony charges, stemming from alleged involvement in a scheme that turned food stamp debit cards that were supposed to be used for food items into cold, hard cash that the pair allegedly split with cardholders. Full Article

The Southern Poverty Law Center (Spreading Propaganda Lies Conspiracies) has been exposed as a fraud and money scam by the Harvard School of Economics. More

“Any association between the federal government and an entity that is connected in federal court to domestic terrorism should be a no-brainer; it just shouldn’t happen,” said FRC’s executive vice president, Lt. Gen. (Ret.) Jerry Boykin in a statement provided to TheDC. ”Last year the U.S. Secretary of the Army described the Southern Poverty Law Center’s hate labeling of Christian groups as ’inaccurate, objectionable, and otherwise inconsistent with current Army policy.’ Full Article

Drag the vampires out into the sunlight... And it comes as no surprise that he SPLC did not return multiple requests for comment, by press time. Back in 2010, I made the SPLC's "Hate Watch" after J.T. Ready and I saved the lives of 11 illegal aliens in the Sonoran Desert National Monument. If we truly hated these people, we would have stayed home, with our feet propped on the coffee table and sipping an ice cold drink. 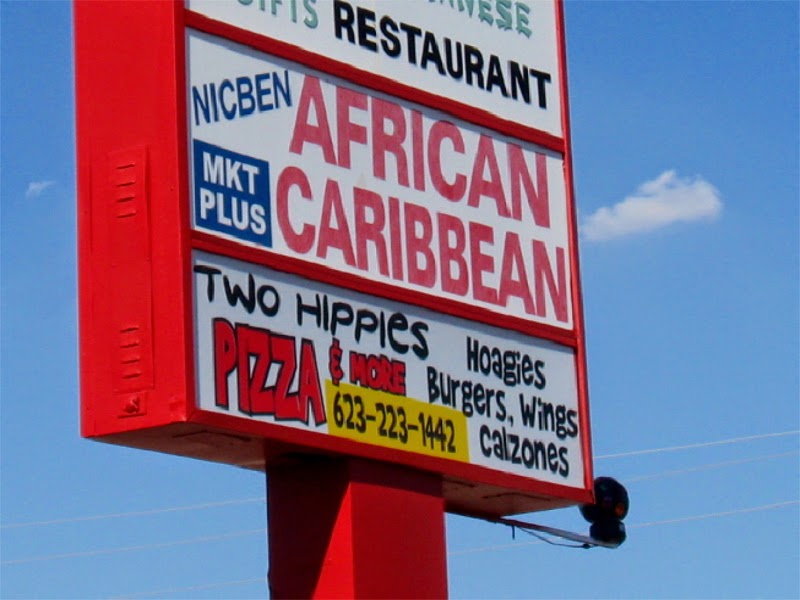 Our thanks for doing a humanitarian deed was to be falsely profiled and accused of kidnapping and holding people at gunpoint. Vindication came following the death of J.T. Ready, when U.S. Border patrol records were released per a freedom on information request by leftist media. Not one of the illegal aliens thought they were being held against their will and all were happy we showed up with cold water. We came across these people on the worst day of their lives and acted accordingly. More

What do you think Brian Terry, a slain border Patrol agent, murdered with a gun from Operation Fast And Furious, would think about this new run and hide technique that the DHS is ordered to use to “secure our borders?” ...With the Democrat's push for blanket amnesty and now, the push to purposely let violent drug cartels roam American streets, why does the government even pretend to want to “secure the borders?” Full Article

Under the Affordable Care Act (ACA), undocumented immigrants aren't supposed to be receiving government-run health benefits or subsidized coverage. However, President Barack Obama told Latinos in early March that the Healthcare.gov website would not be used to find out about an individual’s immigration status. Full Article 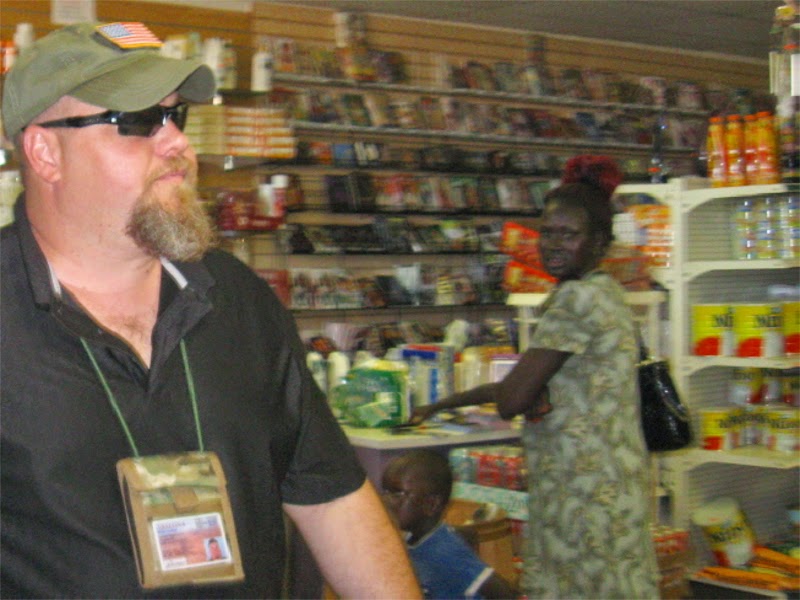 As long as the U.S. government continues to aid human traffickers by providing incentives for criminal aliens to abandon their children in the hope that they will find them later north of the border, we'll continue to see the number of abandoned children grow. The highly delusional liberal/progressive argument that they just come here to make a better life for their family is completely invalid. What sort of family values are on display here?

Hundreds of Children Abandoned by Illegals Heading into US

The figure included some 163 children who were abandoned because they were not traveling with an adult family member or an acquaintance, the INM said in a statement... In many cases, the children had been left in dangerous or difficult transit points by guides who had been paid between $3,000 and $5,000, it said. Full Article

"The hypocrisy of this situation is that the argument against deportation is "we can't break up families." So, those who should be deported break them up before they get here?"

“Even those with criminal convictions are being released. DHS is a department in crisis. Secretary [Jeh] Johnson must reject the President’s demands to weaken enforcement further and tell him that his duty, and his officers’ duty, is to enforce the law – not break it... Full Article

"The accumulation of all powers, legislative, executive, and judiciary, in the same hands, whether of one, a few, or many, and whether hereditary, self-appointed, or elective, may justly be pronounced the very definition of tyranny." --James Madison
Posted by Harry L. Hughes III at 2:45 PM No comments: