The Cmlth of Kentucky condemned us. When traitors condemn you, it's a compliment: 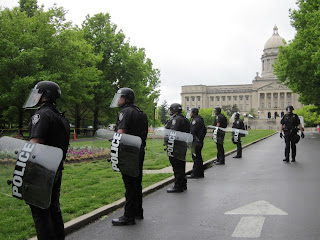 Appearing not to have done proper research and only consulting the mother of all hate groups, the Southern Poverty Law Center, the Kentucky government has condemned us, via proclamation. Instead of working to better the state and make people's lives better, these “Senators” wasted time, money and energy renaming streets and other idiotic things.

The National Socialist Movement, The Traditionalist Worker Party, and other member organizations of the Nationalist Front are coming to Pike County on April 28 & 29, 2017. The Nationalist Front has heard the cries of the thousands of families in Pike County and the surrounding region who have been hurt by globalist trade policies, an increasingly destructive drug problem, and a lack of response by the Republican and Democratic Establishment to the needs of working families, the youth, and small business owners. NSM Release

To The Members of the Kentucky Senate,


It has come to our attention that the State Senate has passed a recent resolution condemning the April event to be held in your state hosted by the National Socialist Movement. Please allow us the courtesy of a rebuttal to this more than somewhat biased action taken by your chambers in regards to this matter. 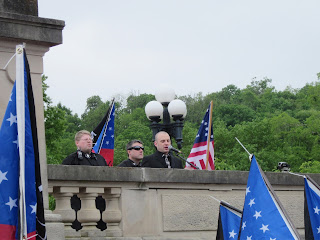 The proposed event, to held in Pikeville, is a cooperative effort by a number of pro-White organizations: The National Socialist Movement, the Traditionalist Worker's Party, the Nationalist Front, as well as a number of allied groups. This is a local gathering of a truly modern international coalition formed to represent the socio-political interests of the White Race on a global scale and the intent of the meeting is to bring attention to the conditions that exist in Appalachia.

The National Socialist Movement has been at the forefront of the White Civil Rights movement since 1974. We are a 100% legal grassroots political organization and had a Presidential candidate on the ballots in 26 states in 2008. Our organization also holds the distinction of being the only pro White group represented at the Conversation On Race, which was a meeting of Black and White civil Rights leaders host by Black leadership in Beverly Hills in 2014.

We have a proven track record of working across color lines to address the many issues resulting from race relations and the idea that we are a hate group is a false narrative perpetuated by and large by the mainstream media. 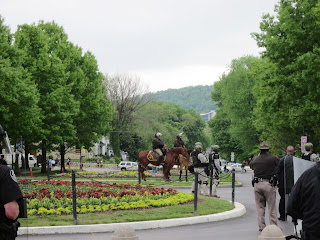 We already have a strong local presence in Appalachia and our focus at this event will be on the following : The current state of the Appalachian region and our speakers list will focus on issues such as : poverty in Appalachia, the epidemic of drug abuse in the region, the war on coal and energy which has so affected this region as well as the need for more Federal aid to help the long neglected citizens of this area.

We have led a Populist movement in America for decades that has finally gained the platform we needed as America has embraced our ideas of secure borders, responsible trade policies and America first policy. The recent elections prove that the majority of Americans support many of our ideas so we certainly cannot be reasonably labeled extremists. Local polling done in the Pikeville area confirms this with a solid majority of polling samples indicating support for our visit. We simply want to get the feedback from locals as to what we can do to better assist and represent the local constituency.

It comes to our attention that Pike County Senator Ray Jones cited the SPLC web site as his source of information. Please note that the SPLC is itself a left wing extremist organization and has been dropped by a number of Federal agencies as a resource tool as even they had to admit that their positions were decidedly biased. This quite frankly casts doubt about the competency of Senator Jones to cite as a source a group that has as much credibility as the label on a box of Cracker Jacks. 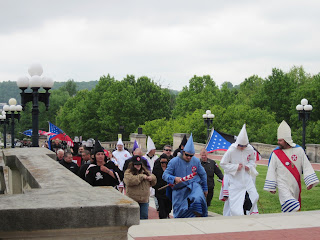 The type of thinking behind this resolution is from a bygone era, not the modern world. The NSM represents the future, a future in which all cultures are celebrated and promoted, not just the colored ethnic minorities. We promote the idea of universal freedoms and civil rights and the promotion of each unique culture and race through the promotion of Nationalist ethno-states.

Nationalism is and will continue to be the new norm as the idea of globalism and Multiculturalism has been exposed for the fraud that it is. The American people spoke clearly in November and have rejected the status quo which many of you apparently represent. The suppression of opposing view points, entrenched establishment politicians and the mainstream media have all been renounced by the majority of Americans. We hope that you will either fall in line with the current direction the nation is headed or you will simply be replaced in November. The people have spoken. NSM


Members of the Traditionalist Worker Party along with the Nationalist Front, and National Socialist Movement are scheduled to gather at Jenny Wiley State Park in late April. A rally is expected to take place in Pikeville. Pike County Senator Ray Jones calls it disgraceful for the participants to gather near a memorial to those who fought and died in World War II. WKMS 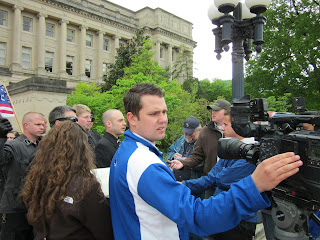 And yet, all of those men fought under racial segregation and had a strong national identity. Does anyone with an education beyond kindergarten pay any attention to "Senator" Ray S. Jones, Jr.? Why is he referred to as "Scarecrow of the senate?" More

Senator Mitch McConnell released a statement on the Traditionalist Worker Party’s conference for “white working families.” McConnell’s statement is, “Based on what I've read about this group, it does not in any way reflect the values of the Eastern Kentucky I know. I wholeheartedly oppose its mission.” LEX18

Kentucky is literally renaming roads after men who died fighting the "Nazi nemesis" in protest of our upcoming rally. I'm pretty sure if those men saw what their "victory" would result in, they would have dropped their guns in a heartbeat. -Matthew Heimbach, Traditionalist Workers Party