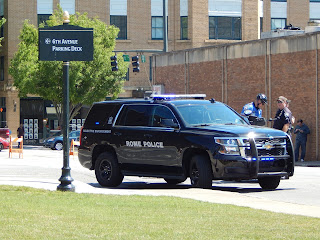 While inflaming the Negro minority against the White, we will endeavor to instill in the Whites a guilt complex for their exploitation of the Negroes. We will aid the Negroes to rise to prominence in every walk of life, in the professions, and in the world of sports and entertainment. With this prestige, the Negroes will be able to intermarry with the Whites and begin a process which will deliver America to our cause." - Israel Cohen, A Racial Program For The Twentieth Century, US Congressional Records, June 7th 1957

Pro-white activists were illegally harassed,detained,and arrested by law enforcement in Rome,Georgia. The police violated these activists Civil and Constitutional rights under Title 18:Sections 241 and 242. Here's the radio show detailing their ordeal with a growing anti-white Police State. More 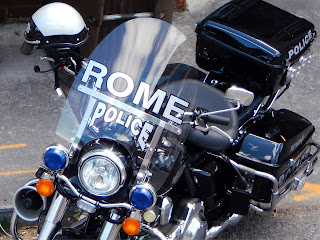 § 242. Deprivation of rights under color of law: Whoever, under color of any law, statute, ordinance, regulation, or custom, willfully subjects any inhabitant of any State, Territory, or District to the deprivation of any rights, privileges, or immunities secured or protected by the Constitution or laws of the United States, or to different punishments, pains, or penalties, on account of such inhabitant being an alien, or by reason of his color, or race, than are prescribed for the punishment of citizens, shall be fined not more than $1,000 or imprisoned not more than one year, or both; and if bodily injury results shall be fined under this title or imprisoned not more than ten years, or both; and if death results shall be subject to imprisonment for any term of years or for life.


New Black Panther Party is a radical, hateful, violent, extremist, vicious group. They advocate violence against whites, police, Jews. They proclaim “DEATH” to anyone who opposes their “liberation”. They want to divide America. . Now NBPP is trying to sell their poison with sugar coating. They are doing ” Stop Violence” rally in Rome. Just look at their own promotional video below and you will see how fake is their “stop violence” cause. This event is their recruitment tool. Plain and simple. They want to recruit and brainwash our black youths for their hateful agenda. More

According to eyewitness reports presented on NSM Weekend MP3, white people attempting to counter a Black Lives Matter/New Black Panthers protest in Rome, GA, USA on May 22nd were put under surveillance by SWAT teams and wire-tapping, and even detained even before reaching the event. Some NSM supporters in Rome, Georgia reported that they could not make outgoing phone calls. According to Aryan Knight, NSM Ambassador and Co-Host of NSM Weekend, some members of NSM Command-staff reportedly found their phones likewise under surveillance. 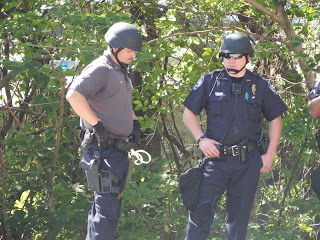 'Roman,' an NSM member living in the area who was remotely conferenced into the show says, “We got word...that the chief of police in Rome put out 'arrest on sight' orders for anyone who was going to protest the Black Lives Matter protest in the area.”

Kevin (“KJ”) James, Director of NSM Media and Co-Host of NSM Weekend said during the show that these actions could likely be violations of Constitutional rights. This was a point later agreed upon by NSM PR Director and Host of NSM Worldtalk, Brian Culpepper, who stated that NSM Command-staff is consulting legal resources regarding a possible complaint to the ACLU or the Justice Department. Regardless of the dimension of the 'credible threat,' this does not explain the allegations of possible phone surveillance of NSM officials.

According to Harry Hughes, Director of NSM Region 11 and an NSM Media news analyst, “I believe the Rome Police Department has created this illusion of urgency,” because “they do not want anybody to counter-protest the New Black Panther Party.” 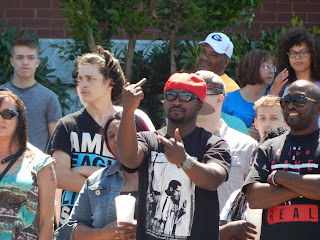 “The Civil Rights of any individual or any organization wanting to voice an opposition opinion to...the New Black Panther Party has been clearly violated,” said Brian Culpepper who added. “We're unhappy...and we're not going to take it lying down.” NSM Commander Jeff Schoep will be the final word in deciding and coordinating the disposition of these activities by the NSM.


Muhhamned, chairman of the local New Black Panther Party, said the group is about educating and feeding the children, getting illegal guns off the street and encouraging teens to stay in school. According to the Southern Poverty Law Center, which tracks hate groups: “The New Black Panther Party is a virulently racist and anti-Semitic organization whose leaders have encouraged violence against whites, Jews and law enforcement officers.” RNT 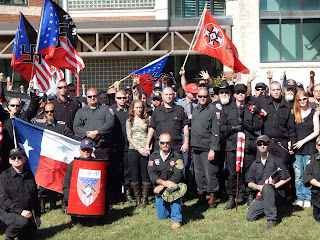 I have delayed publication of this piece, as I was awaiting photographic and video accounts of the New Black Panther Party rally in Rome, Georgia. To this date, not a single video or media article has been published, to the best of my knowledge. What is really going on, here? If they did hold a rally on May 23,2016, where's the proof?

"It is against God's law to integrate. It's only nature, not hatred, to keep people among their own kind. A man has to be a fool to want to live in any other culture but his own." - Muhammad Ali (Cassius Clay) 1968