It is official: The U.S Air Force has (technically) granted the Sinaloa Drug Cartel full access to the Barry M. Goldwater Range 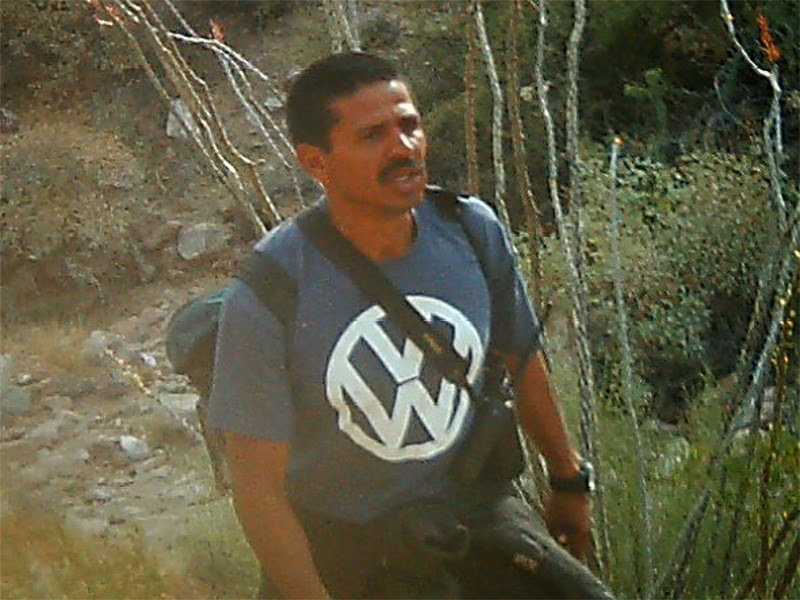 Inside the Barry M. Goldwater Air Force Range: For months, our teams have been observing criminal activity inside an active military bombing range. Utilizing hidden cameras and conducting foot patrols, we've collected a substantial quantity of information. Referred to as mere "foot traffic" by USAF spokesmen, it is well documented that international crime syndicates use the bombing range for drug and human smuggling.

Law enforcement on the BMGR is almost nonexistent, possessing a skeleton crew of contracted base security, making it one of the most lucrative smuggling corridors in the country. Tens of thousands cross the range each year, yet there are few arrests or drugs confiscated. It begs the question as why the mighty USAF is powerless to protect government assets and property. 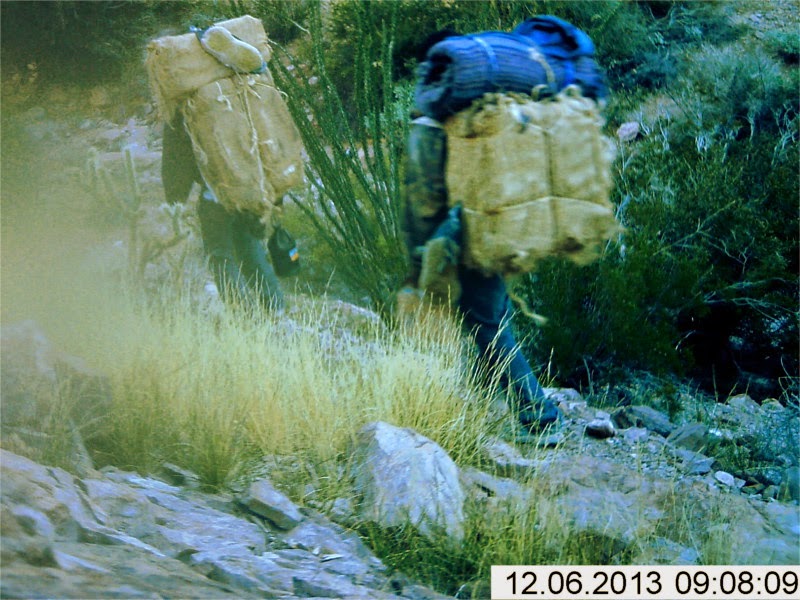 Whether it was a handshake between high operatives, or just an unspoken understanding, it appears that a deal has been made between the U.S. Air Force and the Sinaloa Drug Cartel. A common remark made by BMGR officials is, "It is our job to provide the best combat training facility in the world, not to deal with immigration issues." However, the USAF (along with other government agencies) is the custodian of thousands of square miles of federal land. This land is in their trust and they have allowed it to be taken over by the Sinaloa Drug Cartel.

With bombs away, drug traffickers and illegal immigrants make their play

“Conventional wisdom would suggest that only a fool would attempt to cross the Goldwater Range using any mode of transportation, particularly when military aircraft conducting live ordnance exercises,” said one area resident who asked not to be identified for fear of jeopardizing his personal security. “The fact is, you can set your watch by the schedule of training flights.” Full Article PDF Map

Sadly, the area (U.S. territory ceded to a gang of transnational criminals) is used so commonly by drug gangs that it is known in the region as the “Goldwater East Tactical Range Smuggling Corridor.” Dozens of drug and smuggling trails wind through Bureau of Land Management land and the western edge of the bombing range. The entire region that lies south of Interstate 8 is, for the most part, controlled by the smuggling operators. 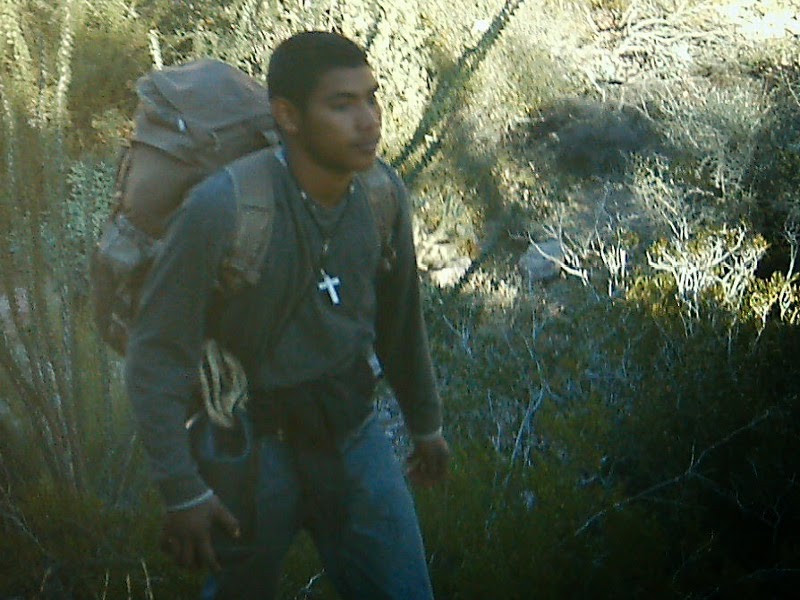 Here lays the problem: At any time, the drug smugglers can shut down the bombing range by simply by moving some of their people into the hazard area. Once a group of "immigrants" are discovered, all live-fire drills must cease until the people are removed. It can take hours to remove trespassers, costing the military many thousands of dollars in wasted jet fuel and lost flight hours. The "cartel" can grind the BMGR to a halt indefinitely, something that would cause heads to roll in the Pentagon.

The live training exercises that take place on the nearly two-million-acre bombing range near the border here are as realistic as can be... “Some of these coyotes are pretty unscrupulous,” Mr. Uken said of the smugglers who lead migrants north. “They will take a group across and then slip away, leaving them. They will say that Interstate 8, which is everyone’s goal, is just over that ridge line. They won’t mention what’s in between.” Full Article 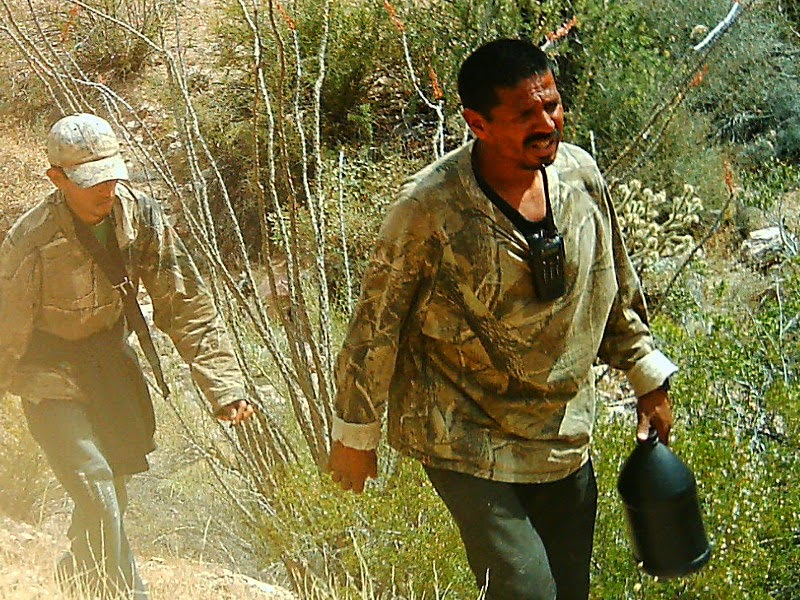 When you examine the photographs, notice how ordinary most of the drug mules appear. These are not "supermen" out defeating the Border Patrol and the U.S. Air Force. They are no different than the Mestizos, frequently seen standing in front of any Home Depot, looking to perform day labor.

Caution: This area is very dangerous now with illegal drug and human smuggling going on every day. Do not travel here until the Dept. of Homeland Security get serious and secures our borders. I've personally run into illegals attempting to stop my progress driving north on Vekol Valley Road. Link

Report of the Congressionally-appointed Task Force examining environmental and readiness factors on the Barry M. Goldwater Range. Link "The Task Force acknowledges that border issues are beyond its specified scope and recognizes they are not simply a Goldwater Range or even an Arizona problem. Nevertheless, as the number and frequency of illegal entrants transiting the Range increases, there is an increased risk of killing or harming someone through normal military activities. Such an occurrence could have significant implications on future military training and national security." 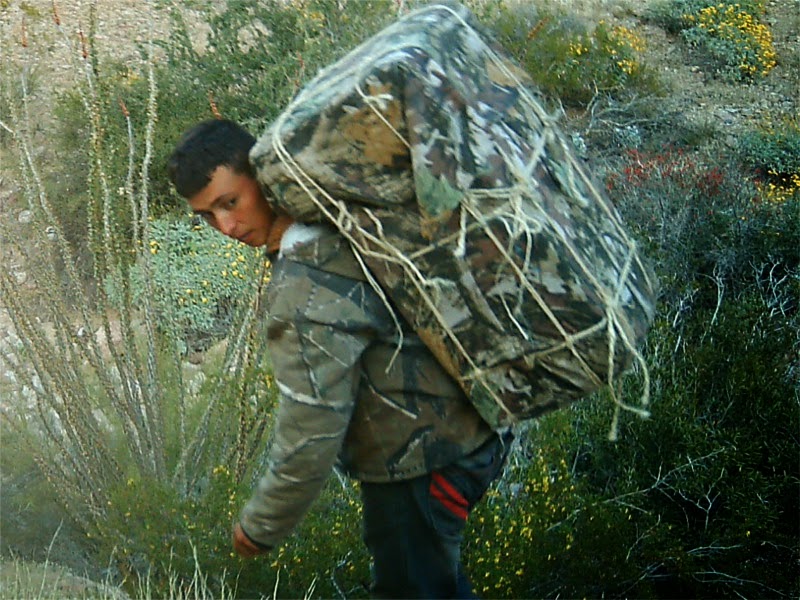 Range closure periods due to migrant or drug trafficking incursion can last from 30 minutes to several hours, depending on the scenario, and can occur at any time of the day or year. When unauthorized individuals are spotted by Range ground personnel, information is relayed to security, which then dispatches personnel to detain and remove the individuals from the Range. If the incursion consists of a large group, security coordinates with Immigration and Customs Enforcement and U.S. Border Patrol to assist with additional vehicles and officers.

The western Arizona border area is under the control of the United States Border Patrol Yuma Sector. The Sector's western boundary runs just inside the California state line and then eastward to include the United States Marine Corps' huge Barry M. Goldwater bombing range. Link

“It would be perfect for Obama to live with a group of monkeys in the world’s largest African natural zoo and lick the breadcrumbs thrown by spectators.” --North Korean state media