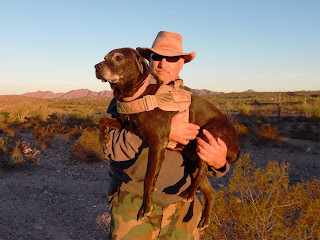 Our week-long blockading border operation has concluded, without major incident. Volunteers from Massachusetts, Iowa, Florida, California and my own neighborhood participated in a "camp-out" intended to prevent drug and human smugglers from using a series of well known trails that pass through the Sonoran Desert National Monument and terminate at Interstate 8. During that time, we observed a heavier than usual law enforcement presence.

During our “stake out,” we actually speculated that the heavy LEO activity was intended to monitor our operation, rather than pursue drug and human smugglers. The Border Patrol brought in a surveillance vehicle, with a retractable tower, each night, shortly after dark. Each morning, before sunrise, they would sneak it out of the area. During the daylight hours, an unmarked truck, bearing DHS licenses plates, would drive by our position. We even had a visit from the Arizona Department of Public Safety's Gang Task Force. All of our law enforcement contact was cordial and pleasant. Video 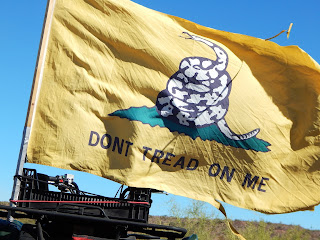 Thursday on Fox New Channel’s “America’s Election HQ,” Pinal Co., AZ Sheriff Paul Babeu said Democratic presidential nominee Hillary Clinton is making “illegals and refugees” a priority and “not Americans.” Babeu said, “I can tell you that Donald Trump was very clear as he always has been about a secure border, about this novel concept of enforcing the law for immigration, which is not happening now. Breitbart


Robert Kimball said he was shocked when he rolled up at the Border Patrol checkpoint near Sonoita on Wednesday morning to the sight of an agent toting a large military-style gun. “I drove up and the guy that’s standing there two feet from my window has an assault rifle, a big, black assault rifle strapped across chest,” he said. More 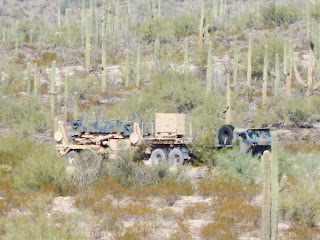 On one of my recent trips through a Border Patrol checkpoint, while traveling to Sasabe, AZ, the friendly agent told me that I had a nice looking rifle, as he peered into the vehicle. We were both armed, and all was well. Some people are way too easily triggered. There was no need for alarm. I suspect Robert Kimball is suffering from PTSD, due to his lack of testicular fortitude.


Pennsylvania sent 2.5 million voter registration forms out to its registered drivers who had not yet registered to vote to implore them to sign up to cast their ballot in November. Many of those who received the registration cards turned out to not be American citizens, and therefore, are ineligible to vote. With the threat of voter fraud high, critics are furious that the state was so quick to issue registration cards without taking the time to properly verify the citizenship of the recipients. AMN 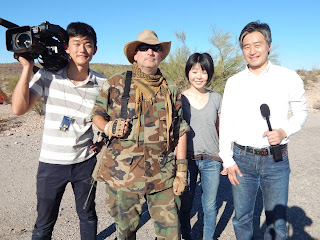 Don't get too excited, Arizonans. Historically, smuggling is a generational thing, along the Arizona - Mexico border. During the Wyatt Earp days of Tombstone, narcotics were quite popular and they were brought in from Mexico. During alcohol prohibition, smuggling also took place. The legalization/regulation of marijuana will have little affect on overall smuggling, as the drug cartels have already anticipated this move and diversified their interests to make up for any losses in revenue. The heroin epidemic, across this country, should give most people a general idea of how that's working.

Five states will vote Nov. 8 on whether to allow recreational pot, including Arizona and California, the first two border states to consider the idea. If Arizona's ballot measure passes, pot shops would soon arise in a place that has long been a center of drug smuggling. In cities such as Nogales, smugglers are seen almost daily scaling the border fence with backpacks of weed. DM 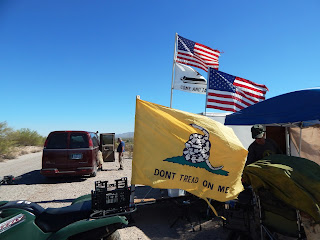 A nation, with open borders and uncontrolled immigration... It will be a ‘new America’ but it will no longer be the United States of America. It’s coming as surely as the dawn. Take a look at Los Angeles. Over 100 languages dominate its school systems. Millions of kids subsist off food stamps, free breakfasts and lunches and Section 8 Housing—all paid for by American taxpayers. More

Moreover, they argue, massive illegal immigration has caused: “the destruction of native species and habitats by trampling over the native vegetation; garbage dumping on a massive scale; water pollution; fires for the purposes of heat, cooking, or to distract Border Patrol agents (many of which turn out of control and destroy vast swaths of naive land); not to mention the destruction of property, livestock, and the peaceful enjoyment of personal property.” NumbersUSA

“Society will develop a new kind of servitude which covers the surface of society with a network of complicated rules, through which the most original minds and the most energetic characters cannot penetrate. It does not tyrannise but it compresses, enervates, extinguishes, and stupefies a people, till each nation is reduced to nothing better than a flock of timid and industrious animals, of which the government is the shepherd.” ― Alexis de Tocqueville