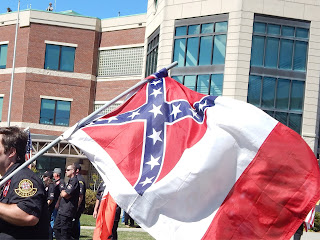 Barack Obama, immediately after police shoot two black suspects and before the investigations are even underway: “These are not isolated incidents, they are symptomatic of a broader set of racial disparities that exist in our criminal justice system.” Barack Obama, immediately after a black man, who stated his intent was to kill Whites People, especially white police officers, at a Black Lives Matter march in Dallas, shoots and kills five police officers and says,“We cannot let the actions of a few define all of us.” Micah Johnson The controlled media spin of Micah Johnson, the "decorated veteran" was also quickly debunked. Panties 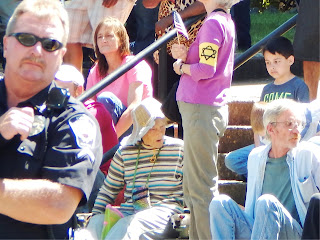 Police kill fewer than 300 blacks per year, the vast majority are ruled justified, so the situations where it was a bad cop for 4/10 of 1% of the total black murders. Meanwhile, over 3,000 blacks are murdered annually, of which 90% are killed by other blacks. Black Lives Matter is a political organization whose sole purpose is to paint a false narrative and our Coward in Chief is complicit in promoting this false narrative.


Just think about the latitude blacks are given today to express themselves – particularly on race issues. Blacks can say whatever they want about whites with little fear of criticism or backlash. Black entertainers, members of the Congressional Black Caucus, black professors and other black public figures routinely denigrate and stereotype white people. Contrast that with the muzzle put over whites. SOL 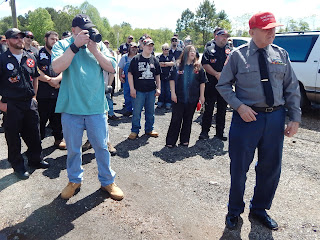 Pour gasoline on the spin: And amid all the controlled media spin and hype, we find this... ABC News tweeted its report on the protests, but Democrat strategist Donna Brazile seems to have added a reminder to add peaceful protests to the media’s coverage... as demonstrators injure police with fireworks, throw rocks at police and as angry mobs of blacks are pepper sprayed, at several violent protests, across the country. Twitchy

Agitators hurl rocks at Phoenix police, chant ‘we should shoot you’


Agitators participating in a “Black Lives Matter” peaceful anti-police protest in Phoenix Friday ended it by throwing rocks at officers and threatening to kill them. More  Police have identified three men who were arrested during a "Rally for Justice" on Friday night in Phoenix. Andre Hendrix, 24, and Christian Soto, 21, were arrested on charges of aggravated assault on a police officer and obstructing governmental operations. Remember the media lie of a "peaceful' protest. ABC15 BLM mob attack: video 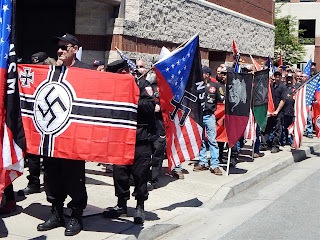 “Terrorism is defined as the use of violence and intimidation in pursuit of political aims,” it reads. “This definition is the same definition used to declare ISIS and other groups, as terrorist organizations.” In the past, anti-cop rhetoric has been extremely popular with BLM protesters. “It is time for the pentagon to be consistent in its actions – and just as they rightfully declared ISIS a terror group, they must declare Black Lives Matter a terror group – on the grounds of principle, integrity, morality, and safety.” MAG


(Harry) Hughes has traveled from Arizona, a strong, older man with a penchant for hook and loop fasteners. In his pickup are binoculars, knives, flashlights in several sizes, neatly packed everything into casings, the gun hand under the seat. He has at home a farm and goes in his spare time with friends on border patrol. "Immigrants make our country broken," he says as he drives past secluded farms with rocking chairs on the porch. "You bring drugs and seduce our women", while standing in the Bible that races should not mix. "Any according to its kind", Genesis 1, Chapter 1, 12th Tagesanzeiger 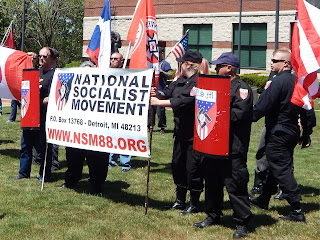 Myself, along with other NSM members and supporters, were grossly misrepresented and misquoted by a false journalist, looking to poop in the punch bowl of honesty. Anyone that knows me is well aware that I never make references to the Bible. The vehicle incorrectly described in the article was a rental car, not a pickup truck, and there was no handgun, because I took a flight to this destination. The inaccuracies described by  Sacha Batthyany are countless.

A true and professional journalist couldn't get so many things so wrong, unless they tried really hard or were intent on doing a biased hit piece. Having lived in Arizona for over three decades, I can assure my readers that there aren't rocking chairs on front porches, out this way. It's too damn hot to sit outside. the only thing Sacha Batthyany gets right is my fondness of hook and loop fasteners, aka Velcro. And you can thank a White Man for that wonderful invention.

"The villainy you teach me I will execute, and it shall go hard but I will better the instruction." -William Shakespeare, The Merchant of Venice

Remember, if you're stopped at a BLM road block.
Posted by Harry L. Hughes III at 4:14 PM No comments: