We're busy... building playgrounds, maintaining a desert base camp and tripping up cartel resupply operations in the Sonoran Desert 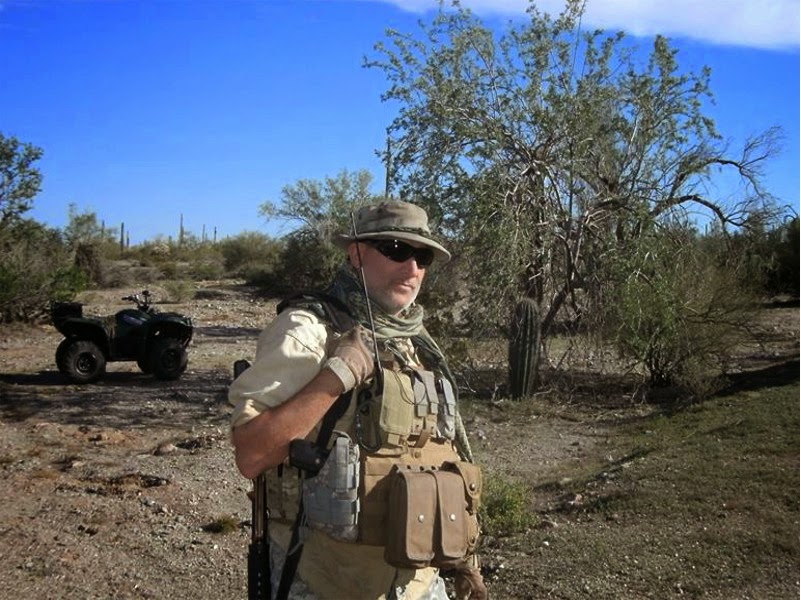 Bailey and I have been very busy for the past couple of weeks. I'm in the planning process of my semi-annual cross country trip, which will be taking place at the end of April. More details to follow. Last Friday, we volunteered for a day, manning the first aid station at a Carmax playground building project on the west side of Phoenix. Some 150+ people showed up and built a brand new playground. Sadly, it's on the "gangland" side of town and the thugs will probably destroy it, in short order.

I spent most of this week on patrol with various border operators and a Minuteman group. We've been maintaining a base camp south of Interstate 8, near Smith Road. Drug and human smuggling traffic has been a bit slower in this area, than it has been in previous years. However, it appears that the smugglers plan to reopen this corridor. One of our patrols came upon a suspicious character in a pick up truck. Upon closer investigation, we discovered he was stashing food and water for the smugglers. 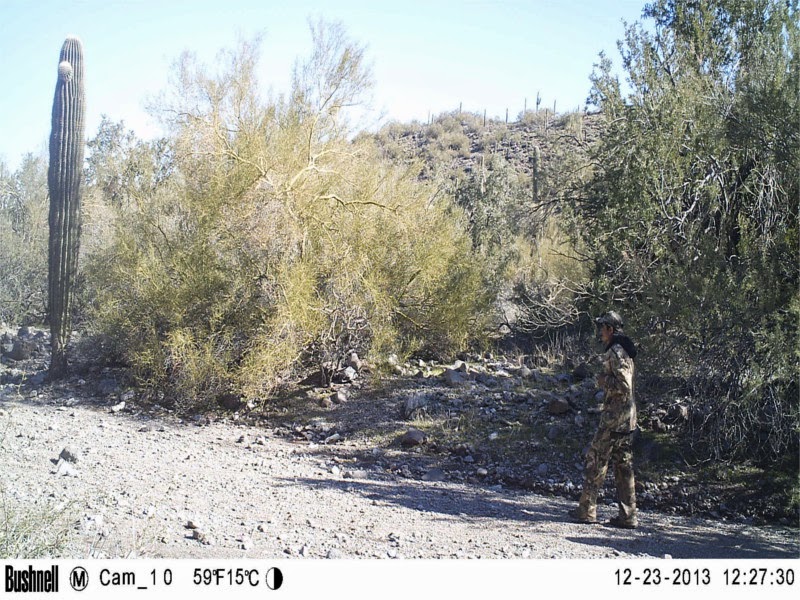 Recently, the Pinal County Sheriff's Office released a statement indicating that they apprehended a subject with a vehicle full of cartel resupply goods. "The driver was later identified as Ramon Garcia (age 22 of Mexico). Ramon further explained that the spotters had told him to run from the deputy when they saw him attempting to catch up with him." Link

The people that facilitate this criminal enterprise, from this side of the border, deserve a nice stretch in prison. U.S. citizens that engage in these activities are traitors and the lowest of the low. Even some of these so called "humanitarian organizations" are nothing more than "front groups" that work for the drug cartels. 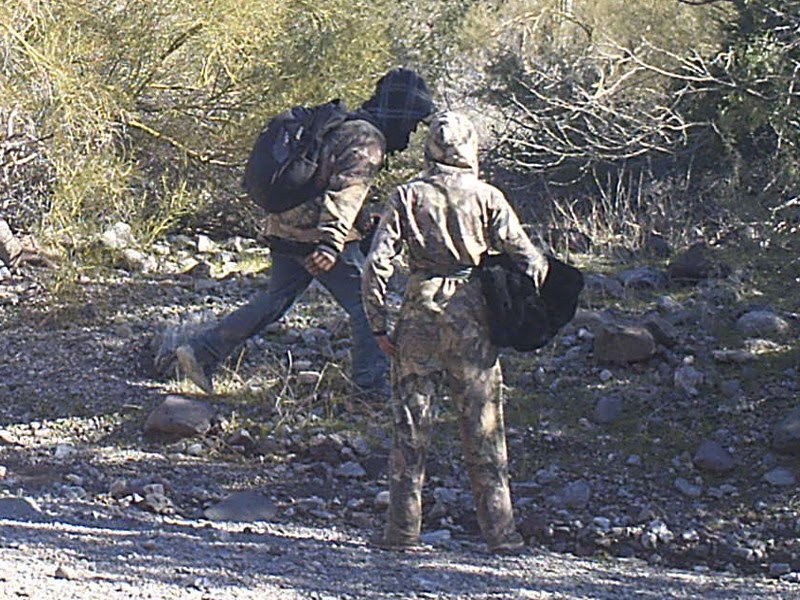 "If you are a Californian, be careful if you are thinking of being a good citizen and reporting suspected illegal immigration. The new laws put you at risk of charges of “extortion” for threatening to report someone."

The new laws, part of a legislative package signed in early October by Governor Jerry Brown, further shield illegal aliens from federal detection and deportation while giving them new rights and benefits. Sacramento’s actions come at a time when illegal immigration is rising again, after easing off slightly during the recent recession. It also comes at a time when the state is suffering 8.9 percent unemployment, 21.9 percent higher than the national rate. Full Article Related 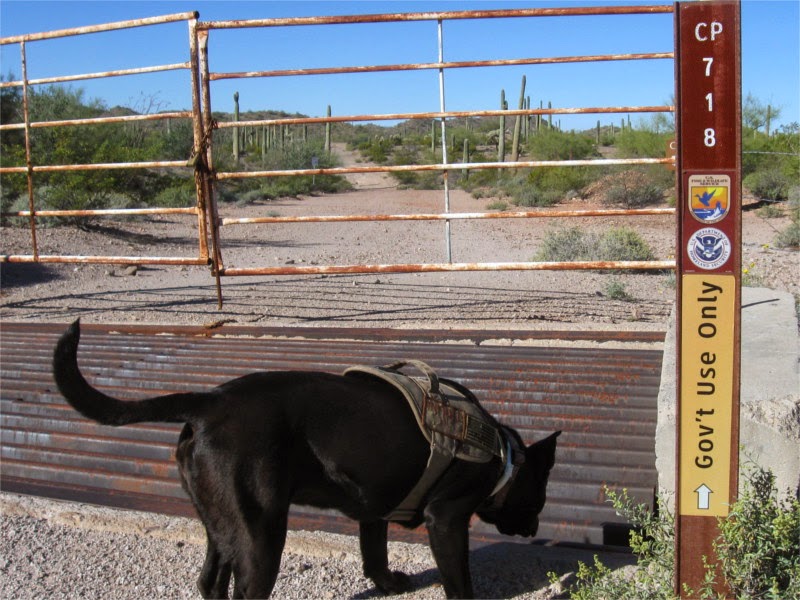 In 2012, rock attacks were the second-most-common type of assault on agents -- there were 185 separate rock attacks in that year alone. Agents responded with deadly force 22 times. The "immigrant" (aka transnational criminal) population has grown so large that public officials are terrified of alienating it, even at the expense of ignoring the law and tolerating violence.

Despite the prevalence of such attacks, many on the left argue that Border Patrol agents should not be allowed to respond with deadly force while being attacked with improvised weapons like rocks and bottles. An attorney for the American Civil Liberties Union (ACLU), Mitra Ebadolahi, argued that Flores-Cruz's shooting may not have been justified. Full Article

Agents shall not discharge firearms in response to thrown or hurled projectiles… agents should obtain a tactical advantage in these situations, such as seeking cover or distancing themselves,” said the instructions, issued Mar. 7, under the signature of Michael Fisher, chief of U.S. Border Patrol. Full Article 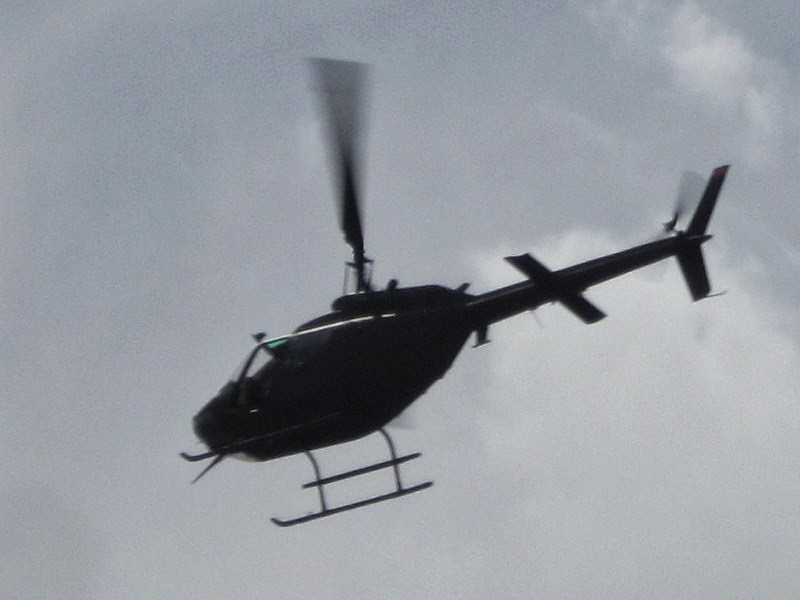 Do you still think our country belongs to "us?" A California school has banned American flag t-shirts on Cinco de Mayo (and a federal court upheld the ban) because it could offend Mexican students. I don’t know about you, but the U.S. flag should be allowed everywhere in the United States.

The 9th U.S. Circuit Court of Appeals said the officials' concerns of racial violence outweighed students' freedom of expression rights. Administrators feared the American-flag shirts would inflame the passions of Latino students celebrating the Mexican holiday. Live Oak High School, in the San Jose suburb of Morgan Hill, had a history of problems between white and Latino students on that day. Full Article

One of our highly valued team members lives in Maricopa County. For some time, he has been trying to get a doctors appointment. Apparently, his healthcare provider is so overloaded with Mexicans, he's having difficulty getting an appointment. Again, foreign nationals that have no business being in the country receive preferred treatment over U.S. Citizens. When are the rest of you going to stand up and do something about the illegal alien invasion and "demographic replacement" of this nation?