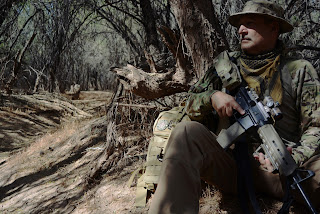 For months, multiple media organizations were appearing to be making the same border story circuit, from Brownsville, TX to San Diego, CA. Finally, we got so see one of the finished products of all that borderland travel. On April 1, 2017, I was visited by a small team of journalists, who bivouacked with me, south of Interstate 8, in the Sonoran Desert National Monument. It's rare that reporters will come out to the Contested Zone and spend a night, under the stars.

Even more rare was cooking bratwurst over an open fire with photojournalists. By far, this was one of the most laid back and relaxing media operation I ever took part in. More often, than not, the leftist controlled media will leave their objective eyes behind and push the official open borders narrative. I'm accustomed to dealing with hostile and adversarial reporters, so when I have a relaxing media experience, it's like a huge breath of fresh air. We also enjoyed some downtime target shooting, with Daisy Red Ryder BB guns and not one eye was put out. 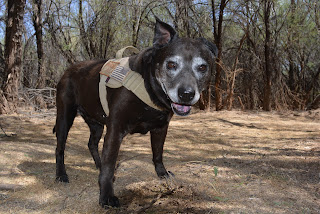 In other news, I was recently appointed as NSM Weekend's new co-host. As a member and producer on the NSM Media team, it was my pleasure to take on this additional responsibility. Although I may be updating my blog, less often, you can catch me live and in archived broadcasts. NSM Media


We’re about 65 miles north of the border, but Hughes says this is a prime migration corridor—particularly for migrants running drugs for the cartels. You could call Hughes border militia, but that’s only partially true. He regularly attends National Socialist Movement rallies around the country, and although the group is clear that it regards America’s European—that is, white—heritage as sacrosanct, it is not directly involved with any border militias. TheDrive


According to the U.S. Border Patrol, agents patrolling the area witnessed two smugglers attempting to lower the woman into the United States from Mexico using a harness and hoist rope. “When agents approached, the woman attempted to climb back over the fence into Mexico but the smugglers left her hanging,” the agency said. More 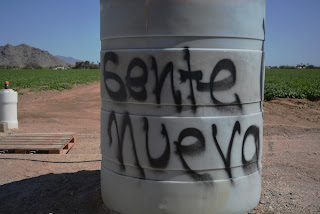 President Donald Trump’s executive orders to increase enforcement and follow existing immigration law is leading some illegal aliens to self-deport. In a report by the Pueblo Chieftain, sources told the local newspaper that illegal immigrants, fearful of being prosecuted and deported by the Department of Homeland Security (DHS), are self-deporting primarily back to Mexico. Breitbart

Federal agent in Tucson gun-smuggling case: ‘Every family member had a .50 cal’


Joe Santiago Valles, a Tucson police officer from 2012 to 2014, was sentenced July 6 in U.S. District Court in Tucson to 6½ years in federal prison after pleading guilty to 30 counts of falsifying federal firearm records, identity theft and witness tampering. The prosecution of alleged co-conspirator Timothy Veninga, who was a federally licensed firearms dealer, is ongoing. Tucson 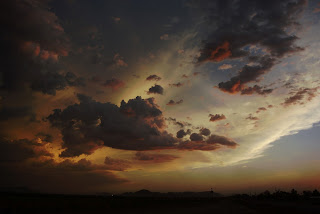 It’s an indication of how utterly distorted the Left’s worldview has become. An article appearing in today’s New York Times has emblazoned across its top a photograph of a forlorn-looking man, sitting on the edge of a bed, his eyes downcast. Standing across the room from him is a young girl who looks sympathetically at the man — her father — as if to say, “It’s OK, Papa, maybe next year.” More

My Turn: The SB 1070 lesson that La Raza forgot


Lawlessness leads to more lawlessness. Prior to SB 1070, the 2004 sanctuary city policy of Phoenix was corrosive to our quality of life. It made working conditions for police officers lethal and was literally killing our Hispanic community partners. Before SB 1070, the lawless choices of illegal aliens cost six Phoenix police officers their lives and injected serious life-changing injuries to seven others. More 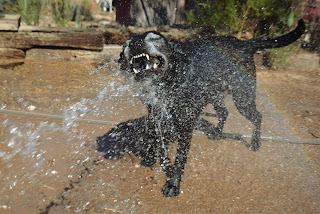 Judicial Watch is sounding the alarm on a new policy the Phoenix Police Department has just imposed on its officers, forbidding them from asking the people they arrest about their immigration status and prohibiting them from notifying the federal government when they arrest illegals. State law expressly allows police to ask these questions, and the Supreme Court affirmed that law way back in 2012, but no matter: More

"Think about George Orwell's three-minute hate from the novel '1984' and how that left everyone sort of exhausted and able to live their boring humdrum lives. If our lives are going to continue being unfulfilled and boring, perhaps we do need some sort of short-term violent chaos incorporated into them, to make them more palatable." -Chuck Palahniuk
Posted by Harry L. Hughes III at 11:25 AM No comments: