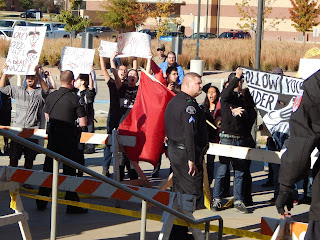 Reminder: On November 7th on the steps of the Lee County Courthouse in Tupelo, Mississippi, history revisits Tupelo as the National Socialist Movement will continue its fight against Illegal Immigration. Between 2:00 and 4:00 pm, the National Socialist Movement along with its allies will help Mississippi fight the invasion of Illegals into America! NSM

Ole Miss is the fourth university in the state to cease flying the Mississippi flag. “Ole Miss received over $7,000,000 last year from the state of Mississippi.” It's funny that they claim to promote "inclusion" through exclusion, marginalizationh and alienation. Don't be too surprised, if the National Socialist Movement shows up on Campus, next week to promote the upcoming rally in Tupelo. More

Our leaders, at all levels of government, practice selective support for the Constitution. What that means is they will use the Constitution when it is advantageous to their position and use some other “compelling need,” when it does not. At some inevitable point, the people will rise up in opposition to this repression to retake what is rightfully theirs. The question is what will it take for Americans to say enough is enough? 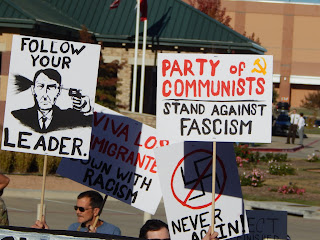 The United States is destined to be unofficially annexed by Mexico and Central America .The cuckservatives want endless cheap labor and the libtards want a permanent  under class to vote for endless Marxist reforms, which have completely undermined our former Constitutional Republic. The time is long overdue to hit the "reset" button.

Illegal immigrant commits ID theft, sentenced to 1 day in jail and not deported


President Obama campaigned on the idea that there was not two Americas, but apparently there are–one for law abiding American citizens and another for illegal immigrants. Riveria stole the identity of an America citizen, but he didn’t stop there. He legally changed the name of his victim to his own name. The illegal immigrant pleaded guilty back in August for unlawfully obtained documents, illegal re-entry, and unlawful disclosure of a Social Security number. Additionally he used the stolen documents to obtain food stamps, Medicaid, a drivers license, and a U.S. passport. More

If any of us second class citizens had done this, we would have been sent to prison and ordered to make full restitution. Upon being released from prison our right to vote and possess firearms would be revoked. In the United States today, unlawfully present foreign nations enjoy a multitude of special privileges that native born citizens could never dream of. Remember, a US citizen receives way more jail time for driving on a suspended license. Once again, the victims are forgotten and the criminal gets a free pass. 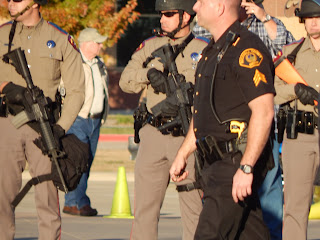 "In light of our 5 percent unemployment rate, our worries over the so called population explosion, and our menacingly mounting welfare costs, are we prepared to embrace so great a horde of the world's unfortunates? At the very least, the hidden mathematics of the bill should be made clear to the public so that they may tell their Congressmen how they feel about providing jobs, schools, homes, security against want, citizen education, and a brotherly welcome ... for an indeterminately enormous number of aliens from underprivileged lands."

"We should remember that people accustomed to such marginal existence in their own land will tend to live fully here, to hoard our bounteous minimum wages and our humanitarian welfare handouts ... lower our wage and living standards, disrupt our cultural patterns ..."

"Whatever may be our benevolent intent toward many people, [the bill] fails to give due consideration to the economic needs, the cultural traditions, and the public sentiment of the citizens of the United States." (U.S. Senate, Subcommittee on Immigration and Naturalization of the Committee on the Judiciary, Washington, D.C., Feb. 10, 1965. pp. 681-687.) 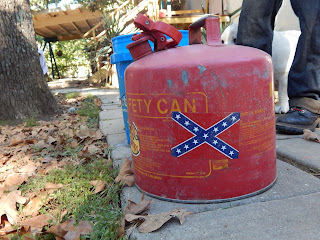 
Administrators at Corona del Sol High School in Tempe, Arizona, have issued a mandate to students about what they can and cannot wear to a football game against rival Marcos de Niza — wear what we approve of or you will not be admitted. More This is only the latest example of people trying to destroy our right to be proud of our country. All across America, liberals are trying to ban the American flag and anything else people use to show how much they love their country. More 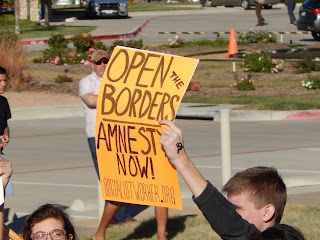 What they appear to be doing is teaching students that it's their duty to be Un-American. Students at Corona del Sol High School need to teach their teachers a lesson in free speech. Teaching cowardice appears to be official policy in our public schools. Attempting to appease, while bowing to foreign invaders only encourages submission to the Marxist masters, who are determined to crush our nation.

"We must never forgive them! We must drive them into the sewers. We must fill our jails and lunatic asylums with 'anti-Semitic' gangsters." -Meier Steinbrink, former ADL Chairman and New York State Supreme Court Justice