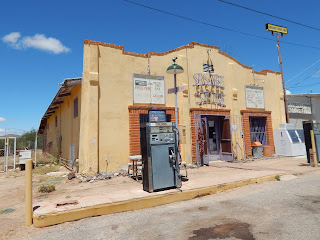 Recently, myself and members of other border watch groups, took a day trip to the fenced border area in Sasabe, Arizona. For a few short miles, a tall fence separates the US and Mexico. This excursion was primarily to assess the current enforcement protocols and to evaluate the morale of the Border Patrol Agents we encountered.

Within a few minutes of our arrival, we encountered the Border Patrol and were greeted by a friendly and cordial agent. After exchanging greetings, we went about our business. Several minutes later, the agent returned. Apparently, we were being observed from a remote position that used radar or thermal technology and there seemed to be a discrepancy in the count, of our party members. The agent thought there was one additional party member. We jokingly told the agent that we just sent one (UDA) back. The reason for the inaccurate count was canine Bailey, as she also had a signature on their imaging equipment. 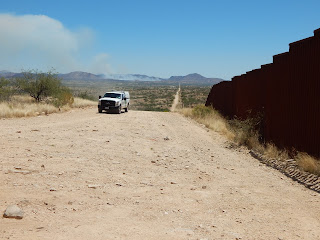 Ted Noon and ranching in Arizona’s borderlands: The failures of law enforcement in this case allowed two men who’d committed multiple crimes- illegal entry, reentry after deportation, drug smuggling, burglary, illegal alien in possession of a firearm- to return to Mexico with no consequences for their actions. “But the administration has flipped the definition to mean looking the other way,” says Colburn. “ICE is basically letting people go and their agents are angry and frustrated because they’re not allowed to do their jobs.” 8Miles


Illegal immigrants started nearly 40 percent of human-ignited wildfires along the border between Arizona and Mexico between 2006 and 2010, according to a government report that gives new credence to claims Arizona lawmakers made earlier this year during catastrophic blazes in the Southwest. More


The Cumero Fire has been 90 percent contained after it burned 5,500 acres of grass and brush east of Sasabe. According to officials, the fire, which was first reported on Friday morning, was human-caused. Authorities said firefighters completed a line along the east side of the fire in Fresnal and Alamito washes. KVOA NWFB 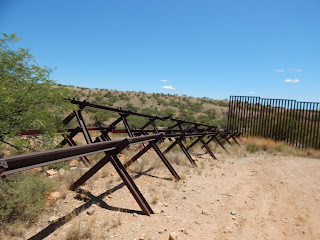 Armed Citizens Take Defending US Border Into Their Own Hands (Video)


A group of men and women are taking matters of border security into their own hands. They believe the government has no idea what is happening at the US-Mexico border, and the real border patrol is unmanned and unable to secure it. But some call this group a hate group who is causing more chaos. ATN

While millions of average citizens are struggling and watching the American dream die in front of them, the government is doing all it can to break the back of the real economy, and hand off money from the dole to the very competing workforce that is undermining the effort of Americans just to make it and hold on to what they have. SHTF 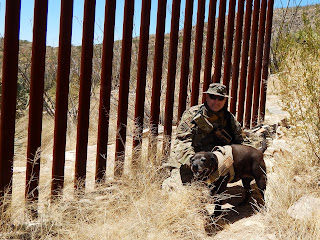 “All ethnic groups or tribes feel more comfortable among themselves. Like all of nature, human tribes in the modern world compete for dominance. Call it pecking order or the struggle for survival, but it’s in humans’ DNA to fight for one’s tribe.” No matter how you cut the cloth of America’s future, the more you add countless third world millions from 190 different countries around the world---multiculturalism, tribalism and diversity will create the “perfect storm” for this civilization’s downfall in the 21st century. Frosty Wooldridge


"So I think that everything that we've lived and learn tells us that we will never come out on top if we accept advice from sound-bite salesmen and carnival barkers who pretend the most powerful country on Earth can remain great by looking inward," Kerry added. "And hiding behind walls at a time that technology has made that impossible to do and unwise to even attempt." Full Article 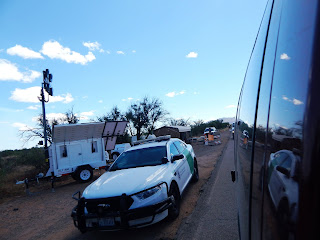 The left ignores the tribal/separatist reality of human nature... hence planting the seeds for future conflict, violence and separatist movements. Open borders are nothing short of population replacement. Genocide is not always carried out with guns. Prepare to fight back or watch your nation and people burn. There are no other viable alternatives.

“Society will develop a new kind of servitude which covers the surface of society with a network of complicated rules, through which the most original minds and the most energetic characters cannot penetrate. It does not tyrannise but it compresses, enervates, extinguishes, and stupefies a people, till each nation is reduced to nothing better than a flock of timid and industrious animals, of which the government is the shepherd.” -Alexis de Tocqueville

War? Bring it on Beanõr! More
Posted by Harry L. Hughes III at 9:06 AM No comments: