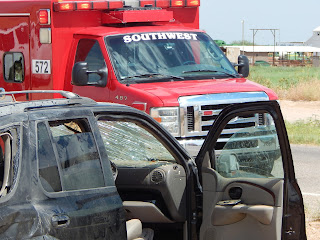 July 4, 2015: My plan for the Fourth of July weekend was to simply stay home, relax and take photographs of Arizona's colorful monsoon season. Shortly after 2:00 pm, I received a call, from a friend. I was advised that a serious crash occurred on Papago Rd. and that EMS had not arrived. Since I live approximately one mile from the scene and keep first aid supplies on hand, I drove to the crash site. Southwest Ambulance arrived at about the same time I pulled up.

With first responders taking control of the crime scene, I decided to take some photographs, having no idea that this crash would become a story receiving national attention. Papago Rd. is a long straight stretch of rural road, lined with farm fields. The speed limit is 45 mph, however, lots of people ignore the law. An abundance of little white crosses, along Papago Road, serve as reminders, as to how foolish and careless people can be, out here.

A six-time-deported illegal immigrant is charged in the felony hit-and-run of an Arizona mother and her two young children. The man allegedly admitted to being high on marijuana while causing the severe lacerations to a five-year-old boy. The five-year-old and a two-year-old were both taken to an area hospital. Breitbart 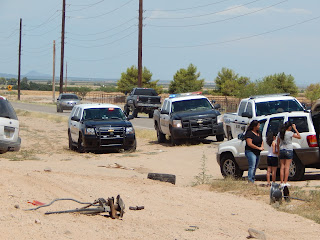 The driver has a long history of being kicked out of the country, but deputies say that didn't stop him from coming back and getting behind the wheel while high on drugs, then causing a serious crash that happened in the middle of the afternoon on a rural road south of Maricopa. KSAZ-10

Detectives from the PCSO Vehicular Crimes Unit determined Perez-Vasquez, 29, traveled left of center, causing the collision. Perez-Vasquez allegedly showed signs of drug impairment and was placed under arrest on suspicion of driving while impaired by drugs and leaving the scene of an injury collision, a felony. He allegedly confessed to smoking marijuana before the collision. More


“The mayor and city supervisors of San Francisco are directly responsible for the murder of Kate Steinle, and the Obama administration is complicit,” O’Reilly said during the Talking Points commentary segment of “The O’Reilly Factor,” where he also defended comments made by billionaire Donald Trump during his announcement for the presidency in June. More 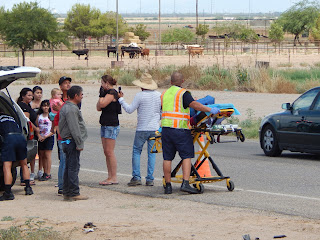 If San Francisco Can Create Their Own Immigration Laws Why Was Arizona Denied By Supreme Court? Michael Savage


Michael Savage asks a very appropriate question regarding the sanctuary policies that are now so prevalent in Democrat controlled cities around the country, saying, “I thought that local jurisdictions could not enact immigration laws. Didn’t Arizona get overturned by the feds, the corrupt Supreme Court?” You can’t have it both ways in a society which respects the rule of law. Of course that is exactly the reason that they are getting away with it. They have distorted and ingrained an illegal bias into the fabric of our society. Rick Wells


Enter Donald Trump... It is interesting to compare the statements made by Donald Trump to actual crime facts and statistics in the U.S. His statements have been portrayed as racist and generally unbefitting a presidential candidate. These criticisms have been forwarded by both progressive political spokespersons and news media outlets who, it is fair to say, are progressive or liberal in their leanings. 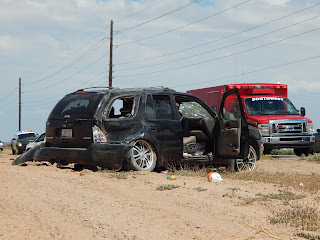 Facts: Furthermore, since according to the 1996 Immigration Act it is a Federal misdemeanor to enter the U.S. illegally, Mr. Trump is absolutely correct that all illegal immigrants are criminals, simply because, as Trump’s critics admit, they crossed the border illegally. So he is right about that and his detractors are dead wrong. Furthermore, the second time an illegal immigrant enters the U.S. illegally, they have committed a felony. AT The Hill


According to The Hill, U.S. Customs and Immigration Enforcement officials turned Lopez-Sanchez over to San Francisco in March on a drug warrant. The city, however, dropped the charges and released him in April. Worse yet, local authorities did not honor federal officials’ request to be notified when he was freed, Jordan Fabian added. Yet, somehow, Republicans are to blame. More 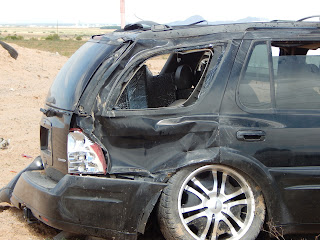 Now, they're crying about the border fence being too high: Perla Trevizo for the Arizona Daily Star documents a spike of illegal immigrants, “especially women – getting hurt trying to jump the border fence. They think incorrectly, that the jump will be easier than making the treacherous trek through the 100-degree desert.”  WJ

Is there no end to the madness?
Posted by Harry L. Hughes III at 8:32 AM No comments: