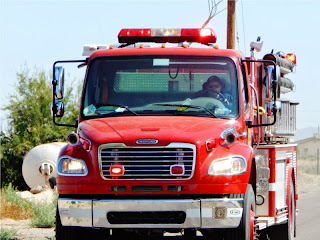 The cantaloupe pickers have been working in the Thunderbird Farms area, for the past two weeks. On Saturday, May 23, 2015, the first suspicious fire of the picking season occurred. Like last fall, I believe the serial arsonist will continue to set fires. During last years string of fires, no arrests were made, giving this criminal an open invitation to return, picking up, where he left off. It will be interesting to see how this summer goes. Arsonist

Memorial Day Food Bank Chaos: Once again, the ugly face of humanity presented itself at the F.O.R. Food Bank. What a wonderful way to celebrate Memorial Day. At approximately 8:40 am, a black female subject (5'5" 155 lbs. colorful dew rag & large sunglasses) cut her way to the front of the line, while threatening and intimidating several elderly/disabled senior citizens, who were at the head of the line and had been, since 6:00 am.

Soon, she started spewing profanities and some nonsense about being disrespected. A couple of patrons were so scared that they were going to leave, without receiving their food. This behavior is completely unacceptable and intolerable. Our needy seniors should be able to go the food bank, without being threatened and pushed around. 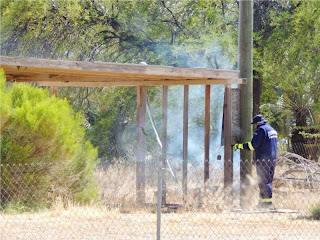 Unfortunately, the food bank volunteers refused to open the door or call the police. I don't blame the volunteers, as most of them are women and/or elderly, too. I'm sure breaking up fights is not part of their duties, as food bank volunteers. During this black female's outburst, she made threats of violence and indicated that she was going to bring some "gang" that had a three letter name. She made it clear that they would be there next Monday and that nobody gets away with telling her to take her rightful place in line. Repeat after me, “Diversity is our strength.”

The newly installed "no weapons" sign, on the front of the building, was surely noted by these sorted miscreants. As you know, this was not the first incident at the food bank. A while back, I started bringing a camera to record fights, outbursts of violence and other uncivil and possibly criminal behavior, but was warned by F.O.R. Director Wendy Webb to NOT bring my camera. Photographers frequently come under fire for documenting filth and evil.

Apparently, somebody didn't like some of the stills or video I shot and I was the one suddenly taking heat. After all, recording criminal behavior is bad for "PR," despite its' value as evidence. Maricopa deserves a public black eye. It's extremely clear to me that Maricopans aren't capable of getting in line to wait for something, without turning into animals. 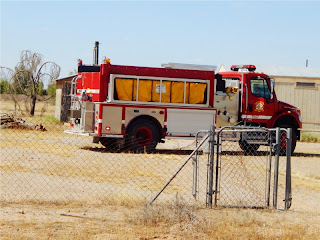 Three hours later: There was a Memorial Day promotion at Harrah's Ak Chin Casino. We left at noon to get a free folding lawn chair. Upon leaving the casino, via the north entrance, a couple of older men were having a fight and several security guards intervened. Apparently, somebody tried to cut in line at the buffet. Needless to say, I was finished with public places, for the remainder of the day.

A racist is a white person wanting to survive on this planet. However, not all white people are racists. Some have willingly joined in the genocidal hatred towards their own people. You can always spot one of these anti-whites. They frequently use words like "white privilege," "white supremacy" and "racist." If you are part of a group or movement that goes against the agenda of the globalist overlords, they will attempt to shut you down, either covertly or take other routes (attacking your livelihood, intimidation, scorn, etc.).

Non-whites have been told over and over that ALL white people owe them. But this is only one half of the anti-white psychological warfare program. The other half is constantly telling white people that everything they have was stolen or obtained solely because of "unearned white privilege." This is a psychological side of the operation designed to destroy white people. The other side is mass non-white immigration and forced integration. It all fits together. The end result is white genocide. And none of this is accidental. 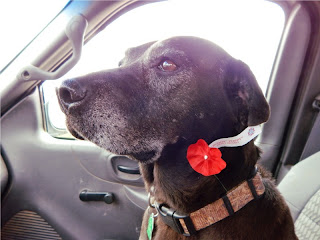 Star Parker, once trapped in the welfare cycle, writes: Thirty-five years of Great Society social engineering have forced the disadvantaged to live under the control of the federal government. Politicians control their housing, food supply, schooling, wages, and transportation. A centralized government makes decisions about their childcare, healthcare, and retirement. Godfather

What happens when the public does not wish to live out the utopian dreams of its elite leaders? As Obama put it: "We're going to have to change how our body politic thinks, which means we're going to have to change how the media reports on these issues, and how people's impressions of what it's like to struggle in this [economy looks like." Investors

The United States, as it exists today, is an "anti-white operation." I won't use the word "nation", since that word is derived from the concept of common ancestry or blood. To describe the United States as a "nation," sixty or more years ago, when the country was 90% white, would have been accurate, but not now. I no longer think it's possible to have an "honest" dialogue, with anyone incapable of it. Ref. 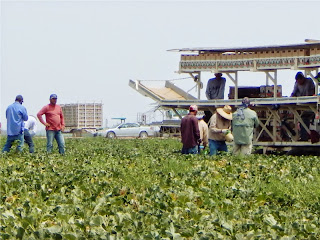 One of the most ironic things in all this is that the "black culture" foot soldiers deliberately blind themselves to the fact that their leaders (Obama, Holder, Jackson, Sharpton, etc., etc.) don't actually practice "black culture." They "act white" (according to "black culture" vernacular), and yet, their followers don't seem to see the disconnect.

"Our bond with Europe is a bond of race and not of political ideology. It is the European race we must preserve, political progress will follow. Racial strength is vital, politics a luxury. If the White race is ever seriously threatened, it may then be time for us to take our part in its protection, to fight side by side with the English, French and Germans, but not with one against the other for our mutual destruction." ~Charles Lindbergh (1902-1974)

Stay strong thought-criminals. All empires die
Posted by Harry L. Hughes III at 8:37 AM No comments: