Erasing history: When you disgrace your past, you probably don't care about your future 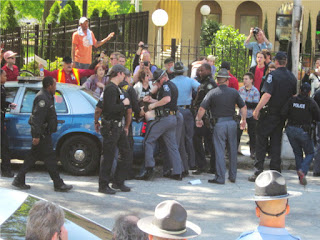 The incident occurred on Monday night in Moseley, Virginia while the family was expressing their First Amendment right by waving the flag in their own driveway next to a busy highway. A man driving an SUV pulled into the driveway, took out his gun, chambered a round, pointed it at the family and started yelling. More

“Threats to freedom of speech, writing and action, though often trivial in isolation, are cumulative in their effect and, unless checked, lead to a general disrespect for the rights of the citizen,” wrote George Orwell, author of the totalitarian novel, “1984.”

The Confederate flag controversy is a totalitarian attack on Americans, especially who identify with it as part of their heritage. It should be viewed as part of a greater attack on European Americans as much as Orwell's warning. In fact, I came across this on the Sons of Confederate Veterans website. And I think it easily pertains to NSM's angle to the controversy. 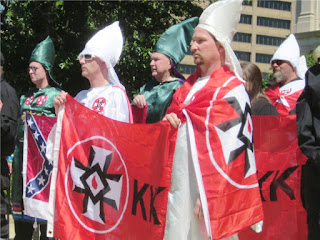 “Today, the Sons of Confederate Veterans is preserving the history and legacy of these heroes so that future generations can understand the motives that animated the Southern Cause.” Indeed, tt's not just a war against southerners but a war against White America.

The vast majority of those who fought in the Civil War, were not fighting to protect slavery or to end slavery. But today, the mouthpieces try to ignore the great contributions made to civilization by Europeans, while setting aside entire months to the glorification of the minimal contributions of others. Even Time Magazine tends to agree “The question 'What caused the Civil War?' returns 20 million Google hits and a wide array of arguments on Internet comment boards and discussion threads. 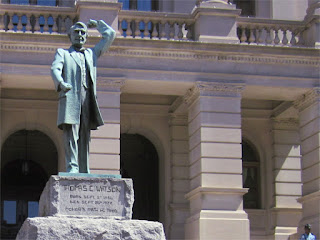 I have to ask you today, Where in the Constitution?! The ancient philosopher, Aesop (you may remember his fables) once wrote, "We hang the petty thieves and appoint the great ones to public office.” Today, we see social network challenges encouraging and even glorifying people to vandalize the graves of dead veterans. Where can be there any Constitutional protection for this?!

Desecration of a grave is a criminal offense. When you dismiss or disgrace your past, you probably don't care about your future. Ancient storytellers and philosophers would agree. These miscreants are simply following the lead of others, because they aren't capable of thinking for themselves.

These so called 'social justice' heroes and activists are so cowardly that they always attack inanimate objects, symbols or people who cannot fight back or defend themselves. Sadly, the controlled media will say, "Oh! Look what bravery they have done."

The Atlanta chapter of the NAACP wants those symbols, or celebrations of slavery according to their skewed view and limited knowledge, removed or destroyed. Let that sink in a bit. Not only is this memorial a part of our history, it’s also a record-breaking sculpture, but that doesn’t seem to matter to the NAACP, who would like to see the faces sandblasted from the rock and our history. MWN 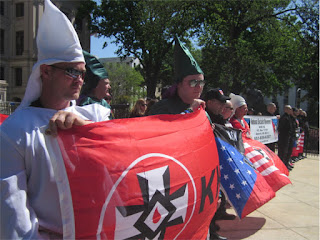 If you think the hooplah and anger over the Confederacy resembles the actions taken by ISIS and the Taliban, you might be correct in your observations. Both groups want to erase the history of anything that opposes their agenda or even hints at a different world view. In March of 2001, the Taliban blew up 1,700 year old Buddha statues. Telegraph

Why White People Will Always be Racists

The Confederate flag controversy has never been about being sensitive to minorities in the aftermath of the dreadful mass murder in South Carolina. It has been about stigma and the Democratic Party using it to delegitimize anyone who doesn’t bend to its will. Steele explains that if an individual or institution in America is stigmatized as racist, then they are delegitimized. They lose all power and authority and influence. They are marginalized and ostracized. When that happens, they can be easily defeated or manipulated. Federalist

On Saturday, July 18, 2015, Commander Jeff Schoep of the National Socialist Movement will be a featured speaker at a rally to protest the removal of the of the Confederate Flag from the state capital grounds in Columbia, South Carolina. 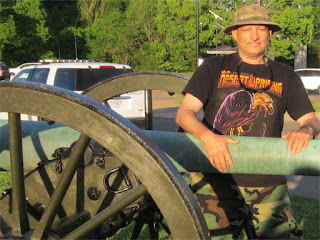 Sponsors and participants of the event include the Loyal White Knights of the Ku Klux Klan, the National Socialist Movement, as well as many other concerned citizens and groups.The rally will take place from 3-5 pm on the steps of the capital building, located at 1100 Gervais Street. NSM

The backlash against the removal of history and heritage is picking up a huge head of steam. As John F. Kennedy said, "Conformity is the jailer of freedom and the enemy of growth." Meanwhile... An eight-mile convoy of pickups, motorcycles and cars wound through a central Florida town on Sunday in a show of support for the Confederate flag, as a backlash against its banishment from public landmarks across the South picks up steam. More

“We are well known around here for being supporters of the Second Amendment. We’re pretty fond of the First Amendment as well. In fact, the only Amendment we really aren’t fond of is the 16th Amendment. (Now you all you folks that didn’t pay attention in 7th grade Civics have to look that one up. I’m sneaky that way).” Chief Deputy Weems, Oconee County Georgia Sheriff’s Office
Posted by Harry L. Hughes III at 2:56 PM No comments: