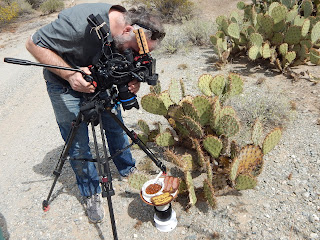 On Monday, March 7, 2016, Sgt. Thora Jaeger and myself did a brief documentary shoot for VPRO, a Dutch public television station. The subject of the show focused on food and the Mexican border. To start, we conducted a brief patrol, where we discovered evidence (litter) of illegal border crossings. During a brief interview, during the middle of the patrol, I pointed out the the unlawful act of crossing our border is only the first of many unlawful acts, most illegal aliens commit.

Using the analogy of the Lay's potato chip marketing campaign ("Bet you can't eat just one!"), I emphasized that illegal aliens must continue breaking laws, such as identity theft, forgery, fraud and the criminal use of false identification, in order to remain in the United States. Essentially, they must live a lie and at the expense of others. The victims of identity theft should not to be dismissed as merely  “collateral damage” for the open borders agenda. 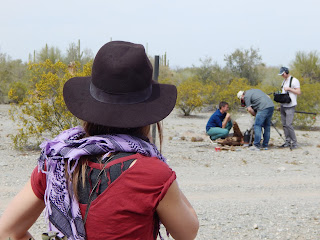 Upon completion of the reconnaissance patrol, Sgt. Jaeger and I set up camp and broke out my vintage Coleman two burner propane stove. We prepared beef brisket and homemade chili. I brought mustard and pumpernickel bread to make beef brisket sandwiches. During our meal, the presenter attempted to confront us with our party symbol and politics. I made it clear that the NSM is a racially exclusive organization and that other non-white groups (La Raza, NAACP, New Black Panthers) exist, without being labeled as "racists," by the media and biased watchdog groups.

As far as the swastika, on the NSM flag, was concerned, I pointed out that it was the National Socialists that delayed the spread of Communism, which kept its' boot on the neck of Eastern Europe for more than half a century. The presenter also pointed out that the swastika is illegal in the Netherlands. I thought it was rather oppressive that free speech doesn't exist in much of Europe. Perhaps, that “boot on the neck” and Communism never really went away?

Throughout the filming, we attempted to put a friendly face on the NSM and were courteous and pleasant. Once again, the presenter attempted to create controversy, by making a comment about chili being "Mexican food." Lots of popular Mexican dished originated in Europe and Spain and were hybridized, in the "New World." At the end of the shoot, the videographer placed a serving of our meal on a rotating pedestal and filmed it. 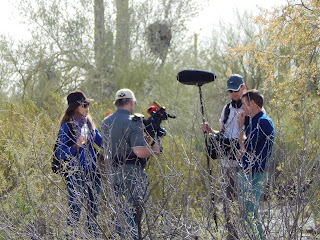 Then, to my complete and total surprise, the photographer placed one of the black plastic water jugs, dropped by an illegal alien, onto the rotating pedestal and poured water over it. I guess photographers see things other people don't. It just seemed really strange to me.

When the production was complete, we shook hands, said good bye and parted company. As we were leaving the Sonoran Desert National Monument, a pair of BLM rangers, who already knew my name, approached me. Apparently, the film crew didn't obtain a commercial filming permit to shoot this video. Since I was "just the cook," we were not further delayed or detained.

We should prepare for the worst. The United States is dominated and ruled by the most derelict, disreputable, incompetent and increasingly corrupt group of cynical, self-serving politicians the world has seen. 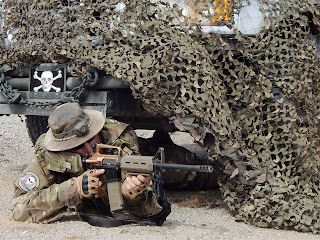 A new survey by A.T. Kearney, a management consulting firm, says that 61% of Americans believe “continued immigration into the country jeopardizes the United States.” 65% of the baby boomer generation agreed with the statement, and 55% of millennials agreed. Despite this, the Obama regime, as well most presidential candidates, refuse to accept the average American viewpoint and instead enforce their elitist open borders agenda. More

Cochise County Sheriff Mark J. Dannels stated, “Once again the administration demonstrates that it does not take border security seriously. As a sheriff responsible for the safety of citizens along the border, I find it inexcusable that this administration would weaken border security by failing to put 1800 agents in the field. Today our nation faces increased threats from drug cartels and terrorist organizations, and a rampaging heroin epidemic that is damaging our communities." PCSO 3TV


Most Americans today say stricter border control is a top concern... Dannels: I have to say it's, a lot of cartels decide who comes across that border, and right now it's not those looking for that better way of life. It's those that actually come across to commit crimes and smuggle and victimize our citizens. I have a problem with that. WJAC 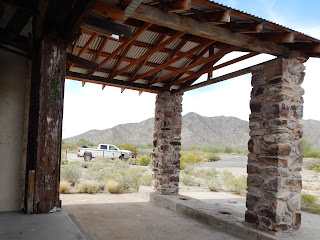 Border Patrol Agents are routinely NOT assigned to high traffic areas in an effort show lower apprehensions and intentionally mislead the American people that the border is more secure. Barack Hussein Obama even threatened "consequences" to federal agents for not carrying out his unlawful executive orders. DHS budget recommendations call for a reduction of 300 agents. ADI

There are tens of millions of Americans, especially lower-class whites, rightfully enraged at what has been done to them, their families and their communities. They have risen up to reject the neoliberal policies and political correctness imposed on them by college-educated elites from both political parties: Lower-class whites are embracing an American fascism. — Chris Hedges “The Revenge of the Lower Classes,” TruthDig, March 2, 2016