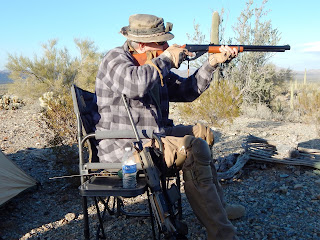 I have returned from another "excursion" inside the Barry M. Goldwater Air Force Range. The overnight lows dipped below freezing and it was a bit windy. My current LP/OP overlooks about 40 square miles of desert. Some of my "off time" in base camp was spent brushing up on my marksmanship skills, using the Daisy Red Ryder 1938 BB Gun. This horrific weapon boasts 200 rounds of whopping high capacity and completely circumvents the disgraceful "bullet button loophole."

During my tour, a Bureau of Land Management Ranger made contact and we spent some time chatting and did some narco souvenir "show & tell," This was my first BLM contact, since the militia standoff, at the Malheur Wildlife Refuge in Oregon began. Fortunately, that negative public relations cluster foxtrot hasn't spread to the borderlands. By leaving the would-be revolutionaries to their own devices, authorities have given them enough rope to hang themselves. TPM 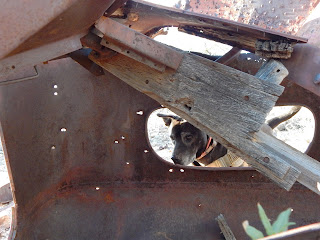 While our feckless government promotes stricter gun control, our borders are being overrun by transnational criminals. The European "refugees" are akin to the illegal aliens, here in the United States. They're just doing the assaults, rapes, murders and robberies that the citizenry of the host country simply don't want to do. If these vile, reprehensible ingrates are refugees, one has to ask, "What are they seeking refuge from?" If these are the “moderates,” what are the “hard-liners” like?

The dystopic liberal infested cesspool of California has gone as far as restricting the possession and sale of BB guns, citing they are not included as "arms" in the Second Amendment. “A lot of these BB guns and airsoft guns are made to look extremely realistic these days,” the gun control advocate said. “So, it’s hard for law enforcement to distinguish between a fake gun and the real thing.” Gun control advocates, however, say the law should help phase out the toy guns that still look like real firearms. KPBS

Cucamonga Jeff: Being Pro-Gun in California is like Being A Christian in Yemen

SB 199, De León. BB devices: Existing law prohibits a person from furnishing a BB device, defined to include a spot marker gun, to a minor without the permission of the minor’s parent or guardian, and prohibits selling a BB device to a minor. Violation of either of these prohibitions is a crime. Existing law defines a BB device as any instrument that expels a projectile, such as a BB or pellet, that does not exceed 6 millimeters in caliber. TTAG 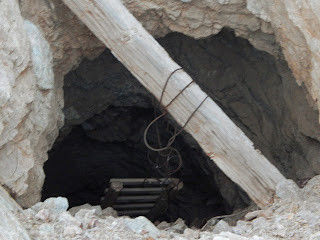 This bill prohibits the sale of BB devices in California unless the entire exterior surface of the device is brightly colored or the device is transparent, as specified. Provides that no person may openly display or expose any imitation firearm in a public place, as defined. A violation is an infraction punishable by a fine of $100 for the first offense, and $300 for a second offense. A third or subsequent violation is punishable as a misdemeanor. Potential near-term loss of sales tax revenue of $40,000 (General Fund) for every $1 million in annual BB device sales impacted in California to the extent the restrictions on the purchase, sale, and manufacture of imitation firearms result in reduced sales of BB devices. More


Levine’s measure, AB 1664, taken with a companion bill, AB 1663, would classify a semi-automatic center fire rifle that does not have a fixed magazine with the capacity to accept no more than 10 rounds as an assault weapon under state law and define a “detachable magazine” to mean an ammunition feeding device that can be removed from the firearm without disassembly of the action, including one that can be removed with the use of a tool. Guns 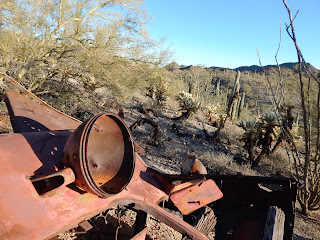 The Brady Campaign has long claimed that its agenda is limited. Just some “reasonable, common-sense” gun restrictions—no need for anyone to worry about confiscation or onerous regulations. Brady officials would prefer that no gun owner read the words of its former chairman Nelson “Pete” Shields... “Our ultimate goal—total control of handguns in the United States—is going to take time. My estimate is from seven to 10 years. The first problem is to slow down the increasing number of handguns sold in this country. The second problem is to get handguns registered. And the final problem is to make the possession of all handguns and all handgun ammunition—except for the military, policemen, licensed security guards, licensed sporting clubs, and licensed gun collectors—totally illegal." More NOWTTYG

Buy a rifle and learn to shoot it... In the wake of several high-profile mass shootings and an increase in gang violence in cities like Baltimore and Chicago, more and more law enforcement officials have been encouraging citizens with gun licenses to make use of them. The call stands in stark contrast to the increasingly aggressive attempts by the gun control left to vilify gun ownership. Daily Wire 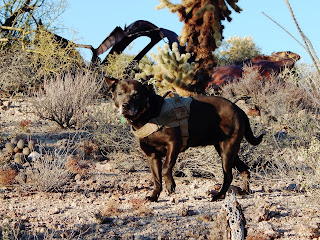 The Supreme Court announced Tuesday that it will take up a case challenging the legality of President Barack Obama's executive actions aimed at granting quasi-legal status and work permits to up to five million people who entered the U.S. illegally as children or who have children who are American citizens. In their order Tuesday, the justices added one question to the case: whether Obama’s actions violated the Constitutional provision requiring him to “take care that the Laws be faithfully executed” — in essence, whether existing law bars the president from making the kinds of enforcement changes he sought to make. Politico

“Diversity within a nation destroys unity and leads to civil wars,” said social scientist Garret Hardin. “Immigration, a benefit during the youth of a nation, can act as a disease in its mature state. Too much internal diversity in large nations has led to violence and disintegration. We are now in the process of destabilizing our own country. The magic words of destabilizers are ‘diversity’ and ‘multiculturalism’.”
Posted by Harry L. Hughes III at 3:00 PM No comments: