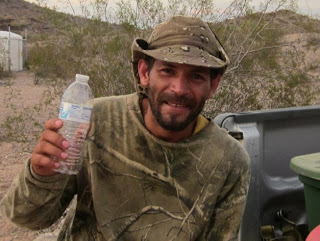 On 07/31/2013 (Wednesday) A recon was conducted at Lost Horse Peak, south of Interstate 8 near the Vekol Valley drug smuggling corridor. The drug and human smuggling problem that's way too close to home, continues.

Shortly before sunset, this Mexican walked into Camp "X", looking for some water and a place to charge his cell phone. He claimed to have spent five days walking across the desert. So I may stall for time to get a Border Patrol response, I humored him with those small requests. We sat on the tailgate of my truck and had ourselves an enlightening conversation (Mostly in Spanish).

I learned that he was from Tijuana and that he worked as a mechanic. He was most interested in stealing one of those jobs Americans won't do. To buy us a little more time, we decided to invite him to stay for dinner. We also told him that the food was on the way and would arrive shortly. Some ladies would be making this "delivery". His phone wasn't charged enough and I gladly plugged it back in for him. Meanwhile, we waited and continued to talk. 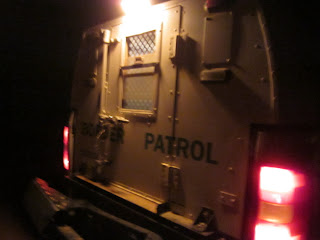 Once the Border Patrol unit arrived, he calmly sat on the tailgate and made no attempt to run away. He produced a photo ID and was taken into custody, without incident. Minus his belt and shoe laces, "our guy" is sitting in the back, asking the Border Patrol agents for food. He really thought we were having a picnic.

Our lengthy, but very successful desert operation concluded shortly before 1:00 am on Sunday, August 4, 2013. At that time, we departed our area of operation. We shall return, shortly with a modified and expanded patrol.

WASHINGTON – A woman charged with defacing the Washington National Cathedral had a soda can of green paint with her when she was arrested, and she has been linked to at least four other incidents of vandalism, including at the Lincoln Memorial, according to prosecutors and court documents.

The woman, who has a Chinese passport, arrived in Washington a few days ago and was traveling on an expired visa, prosecutors said. Police said she had no fixed address but that she told officers she lived in Los Angeles. She refused to give her phone number, email address or home address, police said, and a language barrier complicated initial efforts to interview her. Full Article 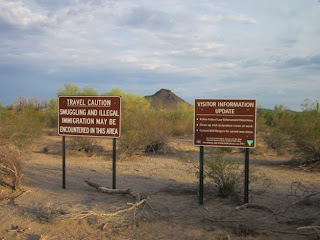 Granting illegal aliens amnesty will likely cripple the already struggling job market and economy. There's nothing wrong with our current immigration policy. We have a serious and deadly border security problem. Public safety is being sacrificed to create a permanent dependent entitlement voting underclass.

Nine activists in federal custody in Arizona for more than a week after attempting to cross the border from Mexico into the U.S. in protest of American immigration policy have apparently been denied requests to remain in the country on humanitarian grounds, organizers said Thursday.

Domenic Powell, a spokesman with the National Immigrant Youth Alliance, said the group is still awaiting formal notification from the U.S. government but it appears the requests have been denied, and they are now seeking asylum based on "credible fear" of persecution should they return to Mexico. Full Article 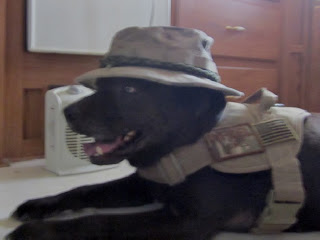 The illegal alien group that crossed the border to Mexico and tried to walk back in, to mock our laws... "I think they've pushed the envelope. Their aggressiveness on this front has really forced the issue," Wilkes said Thursday. I spent quite a bit of money on a passport, allowing me to legally cross the border. Who the Hell do these people think they are? I say, throw the book at them!

A 19-year-old illegal alien raped the elderly woman and then beat her to death. He was found on the scene naked and passed out ON TOP of Sollowin’s body. Sergio Martinez-Perez, the illegal alien, is charged with first-degree murder. Full Article 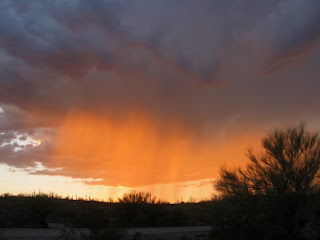 Another horrific rape and murder committed by an illegal alien that the Jewish owned liberal lame stream media is going to completely ignore. Oh sure, they're "outraged" when a Latino shoots and kills a black man in self defense. However, when a 93 year old woman is beaten, raped and killed in her own home, they look the other way. How pathetic is that? Secrets Buried in the Immigration Reform Bill Video

"Our bond with Europe is a bond of race and not of political ideology. It is the European race we must preserve, political progress will follow. Racial strength is vital, politics a luxury. If the White race is ever seriously threatened, it may then be time for us to take our part in its protection, to fight side by side with the English, French and Germans, but not with one against the other for our mutual destruction." ~Charles Lindbergh (1902-1974)
Posted by Harry L. Hughes III at 11:00 PM No comments: