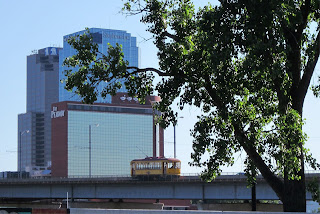 The National Socialist Movement (NSM) and its allies will be rallying at the State capital in Little Rock, Arkansas on November 10, 2018 to raise awareness about the ongoing campaign of racial injustice and persecution towards the Afrikaner and Boer populations of South Africa.

Under the leadership of the African National Congress (ANC), a longstanding policy of racial discrimination in employment, government assistance programs, and police protection has marginalized the Afrikaner and Boer populations of South Africa. Leaders in the South African Parliament, such as Julius Malema, have long supported the dehumanization of and ethnic cleansing of the White ethnic minority of the nation, leading to the systematic murder of tens of thousands of White South African men, women, and children. 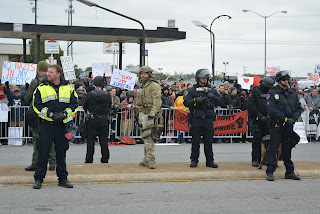 The traditional language of the Afrikaner people, Afrikaans, is being removed from schools, universities, and from media outlets in South Africa; a policy of cultural genocide. Statues and monuments to Afrikaner and Boer heroes have been demolished in a push to dismantle the historical legacy of two separate ethnic minority groups.

In South Africa, the government is now pushing for a Constitutional Amendment to steal the land of White farmers and families without compensation because of their race and their unique heritage. This is a clear violation of international laws and standards.

The National Socialist Movement is holding a rally to raise awareness about the cultural and ethnic genocide of our fellow Europeans in South Africa. We call upon the United States Federal government to offer asylum to Afrikaners and Boers fleeing racial persecution. We demand economic sanctions be placed on South Africa, until it ends its bigoted policies and upholds the human rights of these minority populations in the United Nations, so they can exercise their right of self-determination to create an independent Homeland. 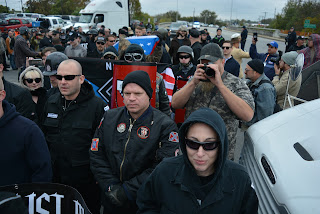 Every human being has a right to a sovereign home, where they are safe from persecution and bigotry, where they can celebrate their culture and determine their own future as a people. This fundamental right has been denied to the Afrikaners and Boers, but the NSM stands in solidarity with the marginalized and oppressed White population of South Africa, calling for the end to this State-sponsored genocide.

The genocide in South Africa is a canary in the coal mine for European populations around the world. White South Africans were promised a peaceful “Rainbow Nation,” as they gave up power but now are facing genocide.

In America, the White population is always told: “Diversity is our greatest strength” as we are pushed towards minority demographic status, our treasured Confederate war memorials are being torn down, and both Democrats and Republicans actively work against White interests. 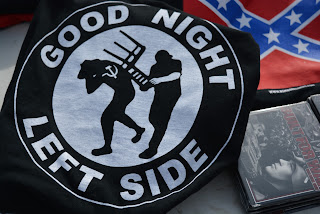 While we stand in support of our comrades overseas, we also call on our people, here in America, to stand up together, now. We must avoid our children facing the horrific reality of being a hated and despised minority that is steadily pushed towards extinction.

About the National Socialist Movement


The National Socialist Movement was founded in 1974 and is the largest National Socialist organization in the United States. As National Socialists, we believe in the principle of self-determination and oppose the current political system in America that only represents global financial interests and multinational corporations, at the expense of our planet and our ethnic community. 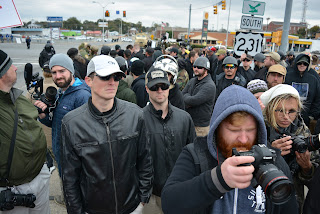 We are political and social advocates for White families, working to advance policies of economic and social empowerment through community organizing and political engagement. For more information please contact us at: commander@nsm88.org & chiefofstaff@nsm88.org


South Africa's murder rate rose again last year, official statistics showed Tuesday, with over 20,000 killed across the country -- about 57 a day -- as police admitted they were struggling to keep control. The numbers reflect a 6.9 percent year-on-year increase, one of the highest per capita since the end of apartheid 24 years ago. France24

This one story illustrates how important it is for us to do our research regarding today’s headlines. The Corporate Media either refuses to do the research, is incapable of doing the research or has done the research and decided to lie to you about its findings. Either way, this would make the Corporate Media lazy, incompetent or just plain deceptive. Liars, if you will.
Posted by Harry L. Hughes III at 5:14 AM No comments: