Living in a rural unincorporated area of Pinal County, the mass hysteria and so called “social distancing” mandates and tyrant's edicts have had little to no impact, here. The Meloneros, the migrant farm workers, who pick the cantaloupes, still use the same filthy portable toilet, next door to the Dollar General. Of course, none of them wash their hands. Are they shitting in the fields and on your food, too? Your guess is as good as mine.

Travel restrictions? Well, that hasn't stopped my wife and I. The only inconvenience we experienced was the blown head gasket and time it took to swap the motor out, of my pickup truck. While the rest of the state and nation were freaking out over minor cold-like symptoms, I was out in the driveway, playing mechanic. And no, I am not a mechanic, but still managed to get the old beast up and running, thanks to the help of a few friends, who also did not buy into all of the pandemic hype. 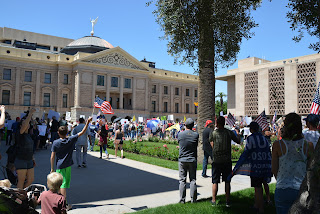 Once we acquired ignition and combustion, we were off and running. Our first adventure took us to the Mexican border, Tucson, Nogales and the Coronado National Forest, south of Arivaca, AZ. Fear is a form of tyranny, so we refused to hunker down and hide at home. Springtime in Arizona is a great time to travel and explore. Nogales was almost deserted, almost like a scene from one of those post-apocalyptic movies.

Once we departed Pima County, we were off to eastern Pinal County, including Mammoth, Hayden and Winkelman. After dodging a few over-sized loads, we found our way to Globe and Miami. A couple of days later, we ventured to Gila Bend and the Vulture City Ghost Town, near Wickenburg. Before our adventure began, we also attended an Open Arizona protest at the Capitol and even touch a dirty hand rail. My wife and I did not get sick. Imagine that? 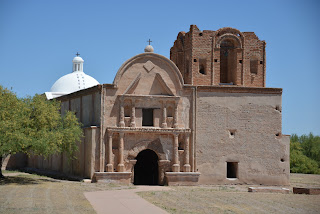 The Port of Entry to Mexico was extremely quiet, but that wasn't the case in other places. In California, Mexicans were permitted to cross the border, so they could pick up and cash their US Government stimulus checks. Meanwhile, many US Citizens were not getting theirs. So much for that travel ban to prevent the spread of disease. Apparently, the situation wasn't as dire, as were we were supposed to believe? 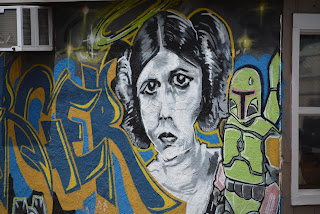 "You were played. We all were. Corrupt politicians scared us into giving up control over our own lives. At the same time, they gave more power to their obedient followers, while keeping the rest of us trapped at home and censored online. They used a public health emergency to subvert democracy and make themselves kings. How were they able to do this? Because we let them do it. More

Commuters face up to 5-hour waits at border crossing


Other factors for the longer wait times include diminished hours of operation at Otay Mesa Port of Entry, the other border crossing between San Diego and Tijuana. Some commuters have been forced to use the San Ysidro border crossing, adding to the congestion.

Another reason cited, is that more people are heading north of the border to pick up and/or cash stimulus checks. A branch manager of a South San Diego Bank of America, who wanted to remain anonymous, told Border Report her tellers have been cashing stimulus checks “all day long.” FOX5 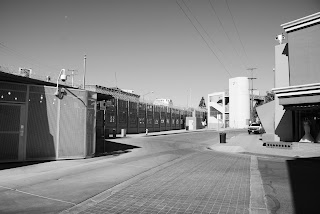 I'm curious to see how many "oppressed minorities" will choose to escape "White Supremacy and Racism." Does anyone doubt that almost every Democrat run city will burn like Minneapolis, as we head towards the November election? Democrats are so desperate to hold onto power they will burn it all to the ground, so they may rule the ashes. Is it just me, or did the media stop lecturing everyone about "social distancing" so they could promote rioting and looting?

“Systemic racism” is young black males, who are only 4% of the nation's population, who are committing 55% of all violent crime or crimes with victims, requiring police to respond to their disproportionate violence and victimization... then, act violent, once the police arrive, and get pinned down or shot. Doesn't that about sum things up? Or should we consider the fact that Israeli police and military train our police to act as an "occupation force/" Remember, multiculturalism requires a police state to enforce. 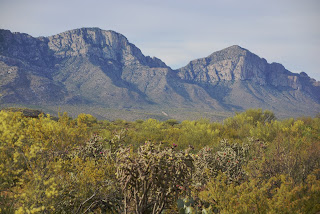 We ARE living in “Clown World”... It's no longer big news that Black Lives Matter, Antifa, anarchists, sex offenders, and criminal opportunists seized a six-block area in Seattle's chi-chi Capitol Hill district. I say ignore them, let them have enough rope, so they can hang themselves.

The same people who protested against Trump’s walls built walls around their Utopian paradise, the gun haters armed themselves, and the ones decrying identification at elections demand identification for anyone seeking to enter the Capitol Hill Autonomous Zone (or CHAZ). American Thinker 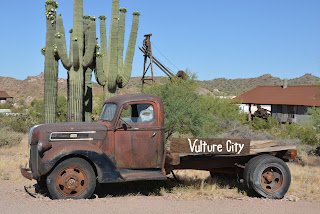 Common sense is not a gift, it is a punishment. Because you have to deal with everyone who doesn't have it...
Posted by Harry L. Hughes III at 11:42 AM No comments: