Muckraking: Not "telling it like it is" KPHO's racist border vigilante rip crew hit piece hits the television screen 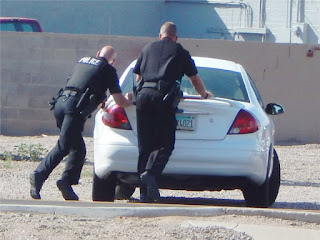 "They" have been looking at many of us for more than half a decade. That's why it's so important to always steer the straight and narrow. We are already “marked” and have learned that perfectly lawful conduct can put us under intense scrutiny. The system's sinister agenda can't succeed, as long as people like us, are willing to put skin in the game to try and stop it.

A few years ago, a stray comment on a Phoenix New Times blog brought the FBI's JTTF out looking for camouflaged "vigilantes." That's how serious the system is about keeping the border open and the drugs a coming. That's right, government agencies and money launderers do not want to stop the flow of drugs into this country. They want to monopolize the proceeds. The "War on Drugs" is a fraud. It's also a multi-billion dollar business. 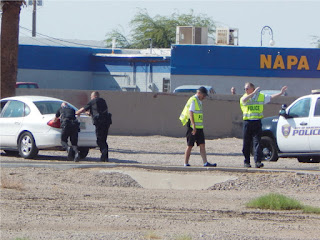 Not telling it like it is KPHO has demonstrated an obvious pattern of deception. In 2012, following the death of J.T. Ready, the U.S Border Guard was portrayed as a “White Supremacist Militia,” despite being registered as a “search and rescue” organization and having Mestizo, Native American and Jewish volunteers, among it's members. Boston's WHDH-TV NBC 7's, Jadiann Thompson, formerly of KPHO, reported this story and simply ignored multiple emails, when confronted with the real facts.

Don't let the truth get in the way of our sinister agenda. Any media outlet that needs to tell people that they are “telling it like it is,” probably isn't. Of course, it's common knowledge that honest and objective journalism is long dead. Today, it certainly appears that Morgan Loew is KPHO's official sensationalist muckraker.


Three members of a border militia group are behind bars, charged with conspiracy to sell cocaine. They were caught in an FBI sting operation, involving an undercover agent, a plot to steal drugs and money from cartel smugglers, an offer of murder for hire and a high speed chase through the streets of Phoenix. KPHO 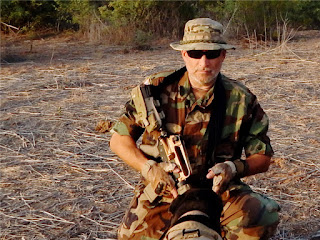 I found it interesting that the media is playing up Robert Deatherage over Parris Frazier, who was the alleged ring leader. According to the FBI complaint, Rob was the driver... Rob is far more visible and "menacing," therefore the ratings driven corrupt and biased media will run with that.

I also have wondered how many times undercover agents, from two different agencies, have caught each other in their respective “sting operations.” I'm sure this has happened, just not reported. And when some 400 TSA agents are caught stealing from passengers, do we hear about it? Nope!

Apparently, Parris just didn't look the part. Yes, a big scary white guy and enter... the ADL stooge that felt compelled to throw in a few comments about "racists and conspiracy theories." They piled it on so thick that my boots were no longer high enough. The fact is, no border militia has been involved with Parris Frazier, since he was black listed two years ago.

Until this, I thought Rob Deatherage was solid, except for some of his more recent inflammatory posts on social media. And for those of us who know Parris, there's nothing else to say. KPHO's Morgan Loew is an opportunistic bottom feeder, as is clearly shown by his lack of factual knowledge. Remember OP SEC, when dealing with LEO's. It doesn't pay to talk too much. KPHO's motto is "Telling it like it is." Of course, this couldn't be further from the truth. 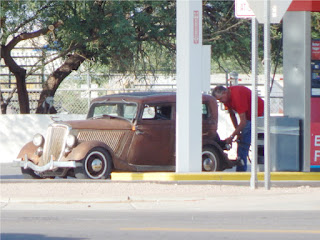 We will continue to be operating inside the Contested Zone,"business as usual." The whole idea of this hit piece was to frighten would be patriots into doing nothing. As we're not breaking the law, there's no reason to stop.


As part of the plea agreement, the United States agreed not to execute Burboa and to dismiss all other charges against him, including charges of interfering with federal officers and killing Terry with "malice aforethought" the second charge in the superseding indictment. The plea deal also notes that Burboa had already been ordered expelled from the U.S., though it is not clear if the expulsion order derives from Terry's murder or from a previous crime. KVOA

As a law abiding citizen, I have to submit to random traffic stops and prove to the officer that I am insured and my driver's license is up to date. If I open a bank account, I must provide photo identification. If I go to the doctor, I must have proof of insurance, photo identification and sign a form stating that I will be financially accountable for the charges. If you're here illegally, Obama has your back, no worries. 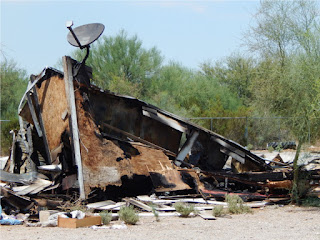 Closer to home, the local Thunderbird Farms arsonist has struck, again. Through the smoke, I smell an inside job. Once upon a time, this guy owned three mobile homes... Each one was uninhabitable and didn't have electricity or gas. In less than one year's time, all three have burned down. Did the property owner set it up? The tenants just finished moving out, leaving quite the mess. There was little chance of this place being rented to anyone, again.

I find it statistically improbable that someone could have so much bad luck, like having three homes burn, in the span of several months. I also read quite a few stories, where the arson "victims" are actually the perpetrators. It could even be conceivable that an arsonist would set random fires, attempting to cover their tracks. I submitted my photo to the Maricopa Monitor and they replied. Perhaps, they will follow up with a story.

“If the day should ever come when we must go, if some day we are compelled to leave the scene of history, we will slam the door so hard that the universe will shake and mankind will stand back in stupefaction..” - Joseph Goebbels

Immigration is the code word for INVASION
Posted by Harry L. Hughes III at 8:47 AM No comments: