Vekol Valley: Countdown to Operation “Line in the Sand” 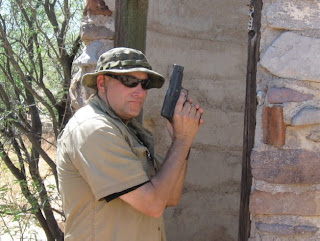 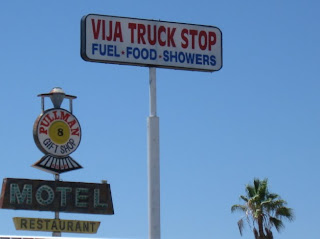 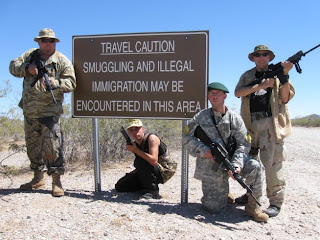 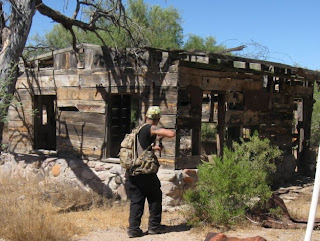 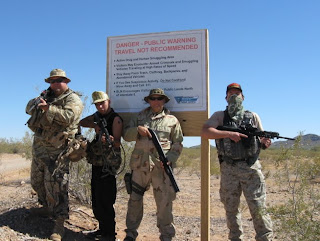 My illegal alien patrols started out more than a year ago with only one or two friends venturing out into the desert areas near my home. We mostly hiked and took pictures. Otherwise, we were gathering information and making observations. Most of the people we encountered ran off in the opposite direction. Obviously, they were not friendly tourists.

My once peaceful rural neighborhood has become a violent and dangerous place. There have been break-ins, armed robberies and even a woman got her throat cut a mile away from my home. The common denominator in almost all of these crimes is Mexicans. In many cases, they are both victims and suspects.

"If by the instrument of governmental power a people is being led towards its destruction, then rebellion is not only the right of every member of such a people --it is his duty." --Adolph Hitler

Securing the border is critical to the preservation of our way of life in the southwest. Anyone that opposes controlling illegal drug corridors is “the enemy” and should be treated as such. Anyone that turns their back and looks the other way is a traitor as well.

Pinal County Sheriff Paul Babeu recently announced that "drug cartels" control the area in his county where deputy Louie Puroll was allegedly shot at, and where two men were recently gunned down.

Now Babeu may be getting some assistance from an unwelcome and unsavory source:
Vigilantes led by National Socialist Movement member J.T. Ready.

As I blogged back in May, Ready and fellow neo-Nazi Harry Hughes have been going on illegal alien "patrols" in Pinal County's Vekol Valley, dressed in camouflage and armed with assault rifles.
http://blogs.phoenixnewtimes.com/bastard/2010/06/post_5.php#more

As Founding Patriot Samuel Adams noted, "It does not take a majority to prevail. . .but rather an irate, tireless minority, keen on setting brushfires of freedom in the minds of men." Today’s tireless minority are the men and women of the National Socialist Movement.

The time has come. While the government sits around with its’ collective heads crammed way up it’s ass, us citizens are going to do what most dare not to. Hopefully, our message makes its’ way to the White House. We want the border secured. Citizens want to be safe in their own homes.

We are aware that the law enforcement community cannot officially support us. That is not a problem. We know their hands are tied by the corrupt politicians that make just as corrupt policies. We are fully aware that this is a potentially dangerous business, but when was the last time something really worthwhile was safe and easy? Our Founding Fathers knew that all too well.

Things being the way they are, it’s almost as dangerous walking out to my mailbox(and possibly getting robbed by a Mexican with a knife) as it is coming up against armed drug mules in the desert. Some of the “players” are probably one in the same. The hills are filled with bandits and criminals.

It Begins. . . Obama Gives Major Swath of Arizona Back to Mexico

The federal government is now telling American citizens to stay out of three southern Arizona counties. It is too dangerous because of armed smugglers from Mexico.
http://www.youtube.com/watch?v=1qv_zjGTs9E

Barack Obama has broken his promise to get back to Governor Jan Brewer within two weeks with a plan on bringing troops to the border. This is yet one more empty promise from the “empty suit”. We have run out of patience when it comes to the government enforcing its’ own laws.

PINAL COUNTY, AZ - This weekend, JT Ready and a group of armed men plan to take Arizona's border battle into their own hands.

"This is the Minutemen project on steroids," he said.

Ready is a member of the Nationalist Socialist Movement, and he and his citizen's militia group are tired of waiting.
http://www.abc15.com/dpp/news/region_central_southern_az/florence/citizen%27s-group-taking-border-battle-into-own-hands

Our patrol of patrols begins on Saturday and will run as long as we want it to. We will not be hard to find because we will be everywhere. The Vekol Road exit on Interstate 8 is well marked. Look for armed people and you shall find us. All of the action is south of the freeway.

For those of you that are not illegal aliens or drug smugglers, stop by and say hello. We won’t bite. I can guarantee that this portion of the Sonoran Desert National Monument will be much more hospitable than usual this weekend.

“I can't judge any of you. I have no malice against you and no ribbons for you. But I think that it is high time that you all start looking at yourselves, and judging the lie that you live in.” --Charles Manson
Posted by Harry L. Hughes III at 8:17 PM No comments:

Vekol Valley controlled by drug cartels? Not if I can help it. 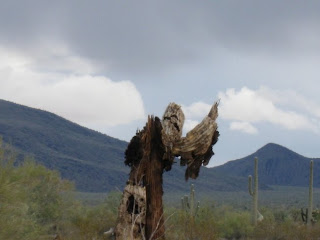 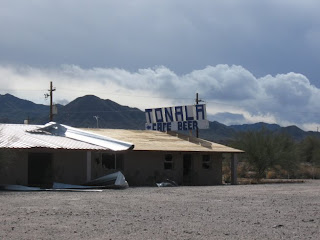 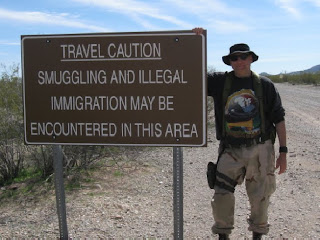 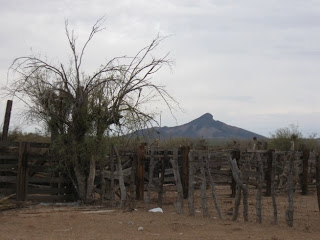 During an ABC News 15 newscast on Friday, June 11, 2010, Sheriff Paul Babeu admitted that the Vekol Valley area was controlled by the Mexican Drug Cartels. He also stated that he did not have adequate manpower and Arizona needed a minimum of 3000 troops to beef up border security. We can safely assume that the government will not be sending enough troops anytime soon.

As I’ve said before, If the government cannot keep order, it will be up to us citizens to step up and take the initiative. This is exactly what my comrades and I intend to do.

"We are outgunned, we are out manned and we don't have the resources here locally to fight this." So said Pinal County Sheriff Babeu. This is an INVASION. Yet not only are the Feds not acting, but Gov. Brewer says Obama is even delaying the "advisors" visit to AZ, which was scheduled for June 17th. If the cartels can control parts of a U....S. state, and 33% of illegal crosses are "Other Than Mexicans", this nation is wide open to terrorists. And they are already coming in: http://is.gd/cnRQA
http://www.youtube.com/watch?v=9HzD3GPpCqI

The men had been at a migrant camp in the desert south of Interstate 8 near Antelope Peak on Sunday night when someone opened fire on them with an AK-47-type weapon, shooting each man once, said sheriff's spokeswoman Lt. Tamatha Villar.
http://www.abc15.com/dpp/news/region_central_southern_az/other/pinal-sheriff%3A-smugglers-probably-killed-2-men-in-desert

It is in this same area five weeks ago that Pinal County Sheriff’s Dep. Louie Puroll was shot and wounded after tracking six individuals who were smuggling drugs. The drug smugglers ambushed Puroll with a handgun and two AK-47 automatic rifles from different tactical positions, according to Pinal County Sheriff’s Department spokeswoman Lt. Tamatha Villar.
http://www.inmaricopa.com/NEWS/NewsArticleDetails/tabid/99/Default.aspx?ArticleID=8464&&mid1=390

In addition to continuing my illegal immigration patrols in this area, I an also studying their habits, routes and other logistics. The cantaloupe picking season in my area may also bring about a rise in illegal alien activity along Interstate 8 around milepost 150.

I am encouraging citizens to go out and enjoy their public lands, while exercising their Second Amendment Constitutional Rights to keep and bear arms. Hopefully, lots of citizens with guns will make a difference. The busier these places are, the more likely the criminal elements will move on. This is OUR country, not theirs! Don’t let foreign nationals run us off our public recreational areas. Our Founding Fathers would be very upset if we just sat by and let criminal Mexicans overrun our country.

“Our county has been under assault from the influx of tens, if not hundreds of thousands of illegal aliens who have taken advantage of our lax enforcement of the law at the federal, state and local levels. These border crashers have contributed to rising crime rates, increasing burdens on our schools, hospitals and public services, and the very destruction of our American culture.” --Greg Letiecq
Posted by Harry L. Hughes III at 9:28 AM 1 comment: