Medicare doctors can’t seem to treat anemia or get anything right. 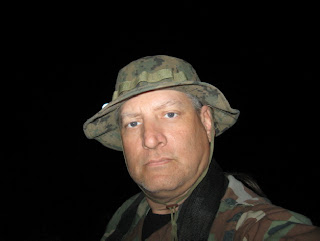 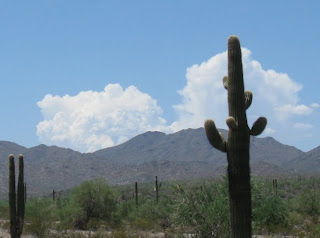 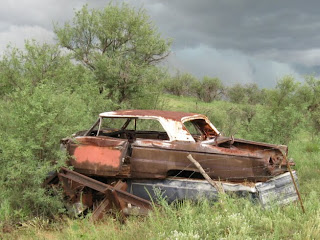 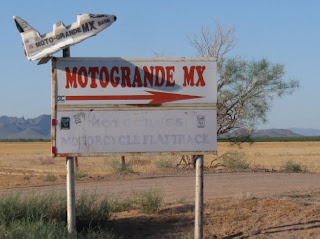 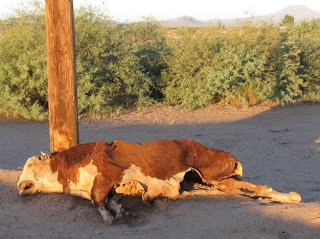 As I’ve stated before, Medicare gets you the worst doctors. I’ve had anemia for nearly six years. Four years ago, After spending four days in the ICU at Casa Grande Regional Medical Center, I was diagnosed with multiple ulcers and given three units of blood. Yes, I was that low and I was still walking around, even trying to work.

After being released from the hospital, I managed to self-treat this problem with over the counter Pepcid AC. It worked for a while. This medication is quite costly compared to other prescription medication I take. A 42 count 3-pack runs around $27.00.

After waiting 30 months to get on Medicare, I was continuously losing blood, but failed to die. The government wants you to die, if you are no longer paying payroll taxes. That’s why they make you wait almost three years before becoming eligible for Medicare coverage once you are considered to be disabled. People are out there lingering for years before getting any kind of care. Just wait until Obamacare kicks in and some 30 million more patients jump in line.

Finally, I get a Medicare doctor at The Sun Life Family Health Center in Casa Grande, AZ. I made an appointment and got some blood work done. Some weeks later, I was told what I already knew. I was anemic. I am already getting angry at this doctor, which is probably further aggravating my ulcers. I am sent home to continue bleeding. This happens to be the same asshole doctor that thought I should get religion. Medicare was billed $140.00 for that visit.

On my second doctor’s appointment, the nurse asked me if I was taking the medication the doctor prescribed. I told the nurse that the doctor didn’t give me a prescription. Of course, the doctor and the nurse have failed to communicate. I’m convinced that the people at the Sun Life Family Health center all have their heads up their asses. Again, Medicare was billed $140.00 for this visit.

Anemia is a condition that develops when your blood lacks enough healthy red blood cells. These cells are the main transporters of oxygen to organs. If red blood cells are also deficient in hemoglobin, then your body isn't getting enough oxygen.
http://www.webmd.com/a-to-z-guides/understanding-anemia-basics

Red blood cells can be lost through bleeding, which can occur slowly over a long period of time, and can often go undetected. This kind of chronic bleeding commonly results from ulcers.

What about acute (sudden) blood loss as a cause of anemia?

How is anemia treated?
The treatment of the anemia varies greatly. First, the underlying cause of the anemia should be identified and corrected. For example, anemia as a result of blood loss from a stomach ulcer should begin with medications to heal the ulcer.

Sometimes iron supplements will also be needed to correct iron deficiency. In severe anemia, blood transfusions may be necessary.
http://www.medicinenet.com/anemia/page7.htm

Here I am, about to make another appointment with yet, another doctor. Do you think I’m going to get some real quality time with the doctor? Will it be worth the $25.00 co-pay? Is it going to be worth the monthly premium? I’m guessing the answer is going to be “NO” to all of those questions.

I am currently a pint or two low on blood. If I attempt to do housework or anything out in the yard, I have to stop after a few minutes. The demand for blood is greatly increased with exertion and my chest becomes tight and a considerable amount of pain is experienced. I wonder what the doctor will have to say this time. Will I feel like slapping him?

"They (the Jews) work more effectively against us, than the enemy's armies. They are a hundred times more dangerous to our liberties and the great cause we are engaged in... It is much to be lamented that each state, long ago, has not hunted them down as pest to society and the greatest enemies we have to the happiness of America." --George Washington
Posted by Harry L. Hughes III at 1:46 PM No comments: 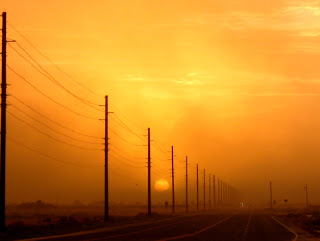 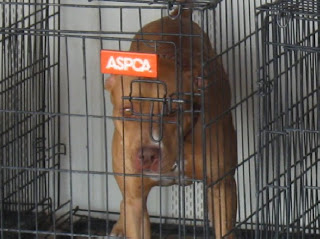 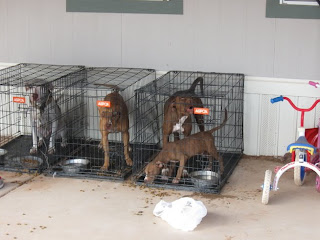 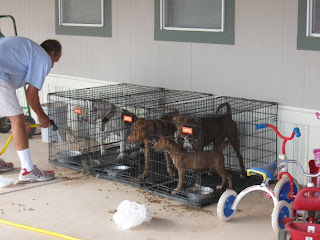 Approximately one month ago, I was sitting in a lawn chair with Bailey at the F.O.R. Food Bank in Maricopa, AZ. It was around 7:00AM. After sitting for close to 30 minutes, multiple pit bulls approached me from the property next door and acted like they may become aggressive. I raised my heavily booted foot in a defensive way. I was not going to get bit.

A mouthy black teenage male approached me and got in my face. He had a very bad attitude. He thought his dogs had the right to roam at large and bother people who were minding their own business. He also thought that I had no right trying to defend myself. In my opinion, blacks only like seeing Whites as victims, not aggressors. If a White Person stands up to a black, the White is automatically branded a racist and dragged through the politically correct mud.

As a result of this rude black kid’s actions, I notified the Pinal County Animal Care and Control and advised them of the dog at large situation. Non of these animals had collars or licenses.

Today, one of those pit bulls was roaming at large again. Other people waiting for food donations at the food bank noticed that this brown pit bull with a red collar was extremely underweight. The sight of this dog reminded me of those WWII concentration camp photos. This dog’s ribs were very visible through her fur and skin.

A food bank volunteer somehow managed to get this dog back into her cage. There were four dogs on the back porch. They occupied three small cages. Some miserable life these dogs live. The sight of this, really made my blood boil.

For the second time, I have notified the Pinal County Animal Care and Control of the conditions these dogs are forced to exist in. I’m sure the “victim card” and perhaps, even, the “race card” will be pulled when the officer arrives and knocks on their door. These are the type of people that are never responsible for their actions. It's always somebody else's fault.

Prior to today’s incident, I saw that rude black kid walk one of the other dogs. I discovered that none of the dogs had any food and water. The occupants of the home appeared to have left for the day. I suspect that these lazy awful people didn’t feed or water their dogs because they didn’t want to have to clean urine or feces from the cages upon returning home.

I would love to see the owner(s) of these dogs spend a few months in a cramped cage with a 300 calorie a day diet. How would they like that? They would certainly know how their dogs felt. At minimum, this heartless person should get to enjoy a little jail time to learn a lesson about captivity and being at the mercy of others.

I did not judge “these people” based on the color of their skin, but on the content of their character. I wonder if they would object?

"Godwin's law (also known as Godwin's Rule of Nazi Analogies or Godwin's law of Nazi Analogies) is a humorous observation made by Mike Godwin in 1989 which has become an Internet adage. It states: "As an online discussion grows longer, the probability of a comparison involving Nazis or Hitler approaches 1." In other words, Godwin put forth the sarcastic observation that, given enough time, all discussions—regardless of topic or scope—inevitably end up being about Hitler and the Nazis."
Posted by Harry L. Hughes III at 12:26 PM No comments: