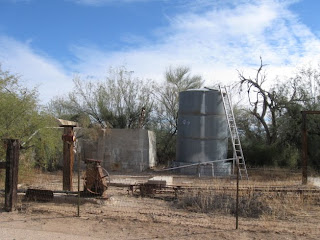 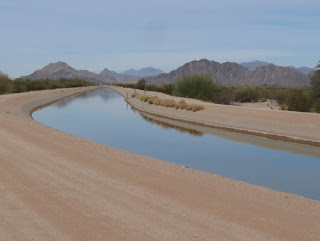 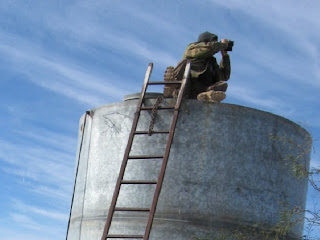 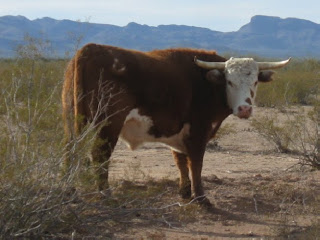 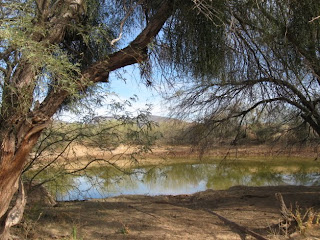 For the last several weeks, local residents in the Hidden Valley area have been providing me with information regarding illegal alien and drug smuggling activity. It would appear that areas north of Interstate 8 are experiencing problems and criminal activity relating to Mexicans that are in this country illegally.

Following a short New Year’s Eve celebration, we decided to investigate these leads. I really appreciate this information and the interest the local community has in keeping our corner of the world safe from drugs and illegal aliens.

Our recon patrol began in the Hidden Valley area south of Maricopa. It wasn’t long before we encountered the usual evidence. I discovered lay up areas, trails and illegal alien trash. I certainly wasn’t surprised.

This trail leads right to Santa Rosa Cooling. This is an agricultural complex that is know to employ illegal aliens despite the Employer Sanctions Law. A Pinal County Sheriff’s deputy confirmed this suspicion last January following a hit and run incident involving one of their tractors.

On our patrols last summer, we encountered numerous UDA’s that specifically stated they were on their way to Santa Rosa to pick melons and cantaloupes.

Once we documented the evidence we discovered, we moved on to the Vekol Valley. We heard that smugglers were moving north through the Vekol Valley and entering the Phoenix area via Goodyear. The road showed signs of significant vehicle traffic despite just having rained. We will more than likely establish an observation post to monitor traffic.

On previous occasions, we encountered fast moving vehicles that fled as soon as they saw us. These were not bird watchers, day hikers or dove hunters. They were more than likely drug smugglers.

No securing border from hysteria

Pinal County Sheriff Paul Babeu has urged using an enforcement strategy along the Tucson Sector of the border that is similar to the successful plan utilized in 2006 at the Yuma Sector. Babeu commanded National Guard troops during what was then called Operation Jump Start.

“That's what it would take to achieve operational control,” Babeu told me last summer.

It's a good starting point. But it's difficult to have a discussion as long folks like reader “NoWay Jose3” describe those who disagree with his position on the border by saying, “Some people's thinking is so flawed, you wonder how they got so ignorant. Dropped as a baby? Hippy parents? Drugs at an early age. Some unknown medical condition? Ah, we may never know.”
http://www.azcentral.com/members/Blog/EJMontini/

BillyBob7 writes: “People are hysterical over the fact illegals are making a mockery of our immigration laws. It also seems that certain groups feel the illegals are entitled to do just that.”

What we really need to secure the border are loose rules of engagement that could include the use of deadly force. It’s time to take off the gloves and eliminate the Mexican border problem once and for all. If enough human and drug smugglers get killed, they will stop coming. As things are now, we're sending the wrong message to Mexico.

“I warn you, gentlemen, if you do not exclude Jews for all time, your children will curse you…” --Benjamin Franklin, Philadelphia Constitutional Convention of 1787
Posted by Harry L. Hughes III at 9:36 AM No comments: