More patrols: We have stepped up our winter activities in the Sonoran Desert National Monument 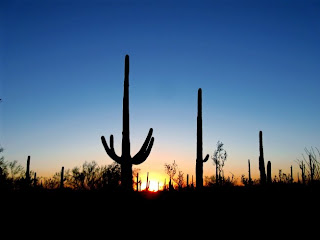 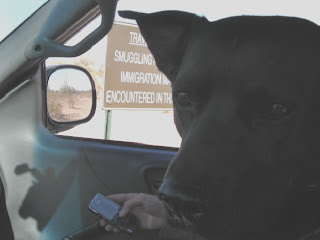 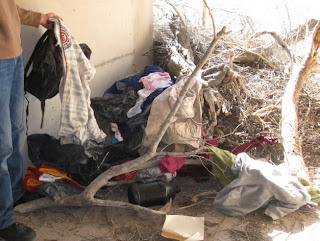 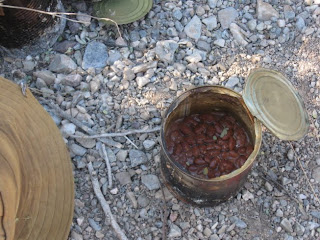 I was rather pleased to hear that the Pinal County Sheriff’s Office decided to put more anti-smuggling deputies out in the field. I’m even more pleased that the Sonoran Desert National Monument is being systematically cleaned up. I want to thank the BLM, Border Patrol and the Pinal County Sheriff’s office for taking the smuggling problem seriously. I admit, that in the beginning, I had my doubts that action would follow our publicity campaigns.

There’s one thing I can’t stand and that’s illegal alien trash scattered all over our public lands. Keeping our environment safe from thoughtless human and drug smugglers should be one of our priorities. Unfortunately, there’s decades worth of garbage laying out there.

During the last two weeks, We have spent seven days out in the field. Our patrols have focused on the trails leading to “load” pick up points. This weekend was near perfect and we took full advantage of the pleasant weather.

On Friday afternoon, we picked up a trail of several subjects in a wash. We followed them for well over an hour. It appeared that these individuals were heading towards Interstate 8.

These people were also dropping lots of gear. Following a brief investigation of their pack contents, we discovered a LED flashlight. The batteries were still good. A little further down the trail, I came across an olive drab fleece pullover. Somebody had recently dropped it.

On Sunday morning, we came across another well traveled trail. There was plenty of evidence of human and drug smuggling. In a densely wooded area, we came across a food cache. The cache consisted of Spam, sardines and other canned items. Some partially eaten cans of beans were laying on the ground. It appeared that they tried to cook them in the cans. They didn't do a very good job. The paper was barely burned off the sides of the cans.

A short distance from the cache, we found a few sleeping bags and a Columbia Sportswear jacket.

Nice friendly crop pickers don’t normally wear $170 jackets. They probably wouldn’t have abandoned it either. Fortunately, for me, it was my size. It’s already washed and ready to wear. http://www.columbia.com/Men%27s-Heat-Elite%E2%84%A2-Jacket/WM6365,default,pd.html

Website to draw attention to trash left in Arizona desert

PHOENIX - The state of Arizona has launched a website to draw attention to the huge amounts of trash that illegal immigrants leave behind in the desert as they sneak into the United States.

Another purpose of azbordertrash.gov is to get volunteers to participate in cleanup efforts.
http://www.azcentral.com/news/articles/2011/01/07/20110107arizona-border-trash-website.html#ixzz1AN58ETcr

Upon finding this site, I completed the form and submitted it. The NSM-AZ has picked up a substantial amount of illegal alien trash during 2010 and will continue to do so in 2011.

Still, Sheriff Dupnik's popularity took a hit months before the shooting when he came out against Senate Bill 1070, Arizona's toughest-in-the-nation anti-illegal immigration bill. While it would be inaccurate to cast Sheriff Dupnik as soft on border security — he has called for public schools to check the immigration status of students — he faces inevitable comparisons to his stauncher neighbors, Maricopa County Sheriff Joe Arpaio and Pinal County Sheriff Paul Babeu.
http://www.washingtontimes.com/news/2011/jan/20/outspoken-tucson-sheriff-faces-recall-bid/?page=2

Clarence Dupnik made remarks assigning blame for the deadly Tucson, Ariz. shooting to political "vitriol" and calling Arizona "a Mecca for prejudice and bigotry." Pima County voters should kick this irresponsible idiot to the curb.

“I am not the type of person to creep and crawl to a bunch of weak-kneed, pacifist lefties and two-faced Zionists. One must be honest to people about one's beliefs and especially when the survival of our very race is a stake. I have no doubt that anyone who expounds patriotic beliefs has a little black mark put against his name, and by now I must have a massive black mark near my name.” --Ian Stuart Donaldson
Posted by Harry L. Hughes III at 3:29 AM No comments: