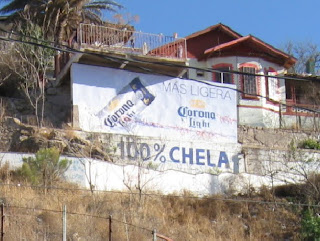 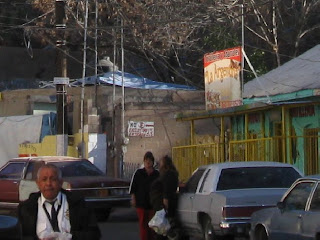 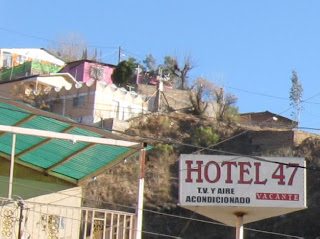 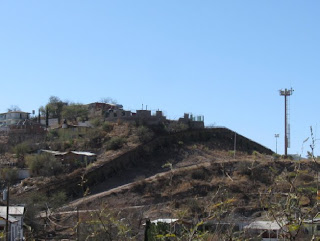 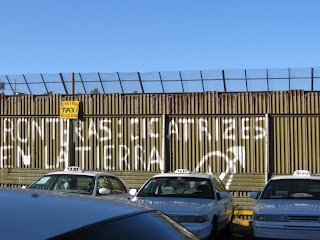 So they say, apprehensions are down. Are we really safer? Perhaps, the Department of Homeland Security is not doing its’ job? Maybe the drug and human smugglers are smarter than the people in charge of our country’s security. Looking the other way while our border is overrun is not what I’d call safer.

Placing National Guard troops where they will be the most useless is not going to help either. Having troops hang out at the Fastrip in Nogales snacking on munchies is not what I would call a forward deployment. Well, that's where I saw them.

Repeating what has become the mantra of the Department of Homeland Security, commissioner Alan Bersin proclaimed Tuesday that the border is more safe and secure — crediting a 1 1/2 -year-old initiative for recent progress in Arizona.

At a press conference Tuesday morning at Davis-Monthan Air Force Base in Tucson, Bersin said the Alliance to Combat Transnational Threats, also known as ACTT, has helped drive down illegal entries and put the pinch on drug smuggling organizations operating in the Sonora-Arizona corridor.
http://azstarnet.com/news/local/border/article_90c96e1a-33c1-11e0-9d23-001cc4c002e0.html

If Bersin thinks the border is so safe and secure, he should go to Peck Canyon and spend two days there, alone and unarmed. The government can continue telling the same lies. Those of us that live in southern Arizona know the real score. We live in a war zone.

Here’s a fine example of how secure the Mexican border is:

$11 million worth of marijuana seized at border

A total of 510 bricks of compressed marijuana were seized, weighing 13,314 pounds. The drugs have a street value of more $11 million.
http://www.examiner.com/drug-cartel-in-national/11-million-worth-of-marijuana-seized-at-border

Wait a minute! Did anybody bother to carefully look at these numbers? $11 million for this Mexican weed? Something just isn’t right. That comes out to $826 per pound. Around here, a pound can be had for around $500. To be honest, I’m surprised the feds didn’t jack up the street value even more to make the bust seem even more impressive.

Barely a month after the beginning of a new session of Congress and after reading the entire constitution out loud, we have Nancy Pelosi wanting to rescind the Bill of Rights.

Nancy Pelosi wants the word "hate" banned from political contexts. Fired former
Speaker of the House and current Minority Leader, Nancy Pelosi, is going on record as saying that she wants to use censorship to ban one, particular word that she does not like. The word? "Hate." To hear Pelosi tell it, she really hates it when other Americans use the word "hate" in a political context. Pelosi's overreaction is in response to the Bill O'Reilly Superbowl interview with Barack Obama, in which the host asked the president about the number of people who hate him. Pelosi's reply to the O'Reilly question was swift and confident: Simply stop using the word, and everything will be fine.
http://www.examiner.com/american-politics-in-vancouver/nancy-pelosi-wants-the-word-hate-banned-from-political-contexts

In the Bible, Isaiah 57:3-5 the prophet, talking of the Jews of his day says:

"But draw near hither, ye sons of the sorceress, the seed of the adulterer and the whore. Against whom do ye sport yourselves? against whom make ye a wide mouth, and draw out the tongue? are ye not children of transgression, a seed of falsehood, Enflaming yourselves with idols under every green tree, slaying the children in the valleys under the clefts of the rocks?"
Posted by Harry L. Hughes III at 9:22 PM No comments: