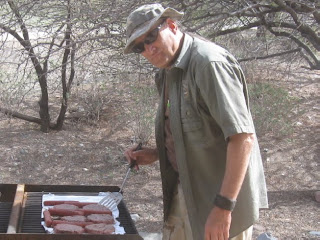 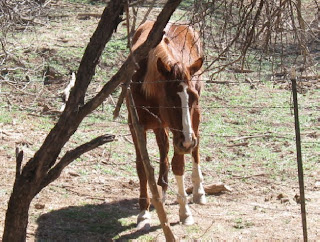 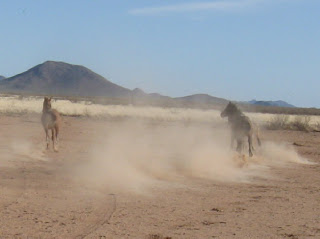 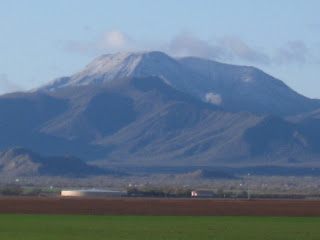 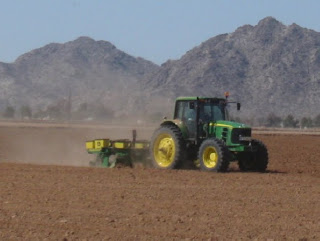 While we were out patrolling for drug smugglers and rescuing an abandoned horse in the Vekol Valley, drug smugglers were being arrested along Interstate 8. Thanks to the cooperation of regular citizens, the Sonoran Desert National Monument has become a safer place.

Law abiding citizens should be able to enjoy their public lands. Our sorry excuse for a government should feel great shame for allowing this lawlessness to continue unchecked for so long.

Unfortunately, the government is part of the problem. As I said before, the rich bankers launder billions of dollars worth of drug money. The corporations exploit cheap migrant labor while depressing American's wages. This is all made possible by traitorous politicians that are not serving the people they were elected to serve.

PCSO spokesman Tim Gaffney said deputies received an anonymous tip on Wednesday that an individual had seen someone loading marijuana into a Nissan pickup truck from some bushes along Interstate 8.
http://www.abc15.com/dpp/news/region_central_southern_az/other/tip-leads-pcso-deputies-to-marijuana-load-vehicle

Of the hundreds of counties in the U.S. participating in a rapidly expanding federal program designed to catch and deport dangerous criminal immigrants, Maricopa County leads the nation in both the number of immigrants arrested and the number deported, federal records show.

But the majority of the immigrants, 66 percent, caught in the county and deported through the Secure Communities program are either low-level criminals or have no criminal record at all, according to an Arizona Republic analysis of the 2-year-old program. Nationwide, 60 percent of those deported had been convicted of either low-level crimes or none at all, The Republic found.
http://www.azcentral.com/news/articles/2011/03/09/20110309arizona-immigration-analysis.html#ixzz1G7BpS4N

Convicts or not, illegal aliens don't belong here. They should be deported regardless of their criminal history of lack thereof. Would American illegal aliens in other countries get a "free pass"? I highly doubt it.

One thing we can count on it the media's undying efforts to minimalize the illegal immigration problem.

From the Pinal County Sheriff's Office:

Drugs and smuggling are the only things Mexicans seem to contribute to our county. I fail to see any positive contributions. We can do without this nonsense.

For more information and photographs of my activities, please visit:
http://www.flickr.com/photos/usborderguard/

The Jew is the reason there is war and poverty. You don't need a nobody like me to tell you this... just do your own research and you'll find the same results. They start wars, fund wars, conscript your sons and daughters to fight and get killed in wars, charge you high interest and bankrupt you, then finally they steal your land. Read the Old Testament. They really believe that they are racially superior to non-Jews. Every non-Jew is a Goyim tool. Livestock, good for pulling a wagon or getting killed in war.
Posted by Harry L. Hughes III at 11:26 AM 1 comment: