The Farmers Convenience Store: The Unwiped Asshole of Maricopa, AZ 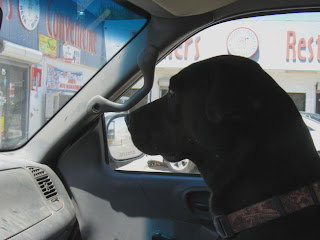 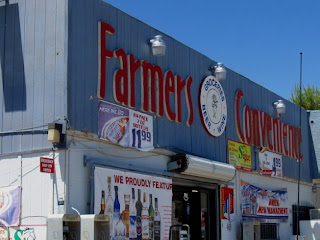 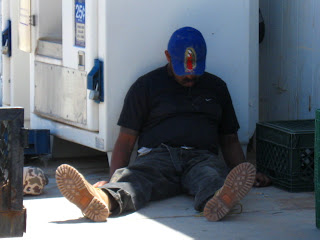 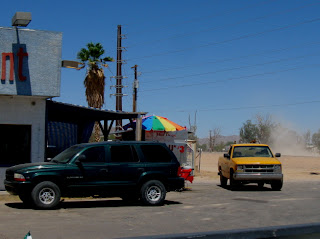 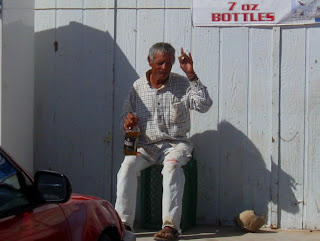 On weekends, this small store and parking lot turns into the local hub of the bottom feeders of civilization. Illegal aliens purchase phone cards and line up at the pay phones in front of the store. Some come here to sell. Others are here to buy. Many are visibly intoxicated. This venue would be perfect for a DUI checkpoint or crime suppression sweep.

"We will never find a more wretched hive of scum and villainy. We must be cautious." --Alec Guiness, Star Wars, 1977" http://vandal49588.blogspot.com/2009/08/farmers-convenience-store-maricopa-az.html

On February 2, 2006, I actually gave the Farmers Convenience Store a positive review on Yahoo Local. In five years, the place went straight into the toilet. This is no longer a place any respectable individual would want to be.

Go for the Meat Lovers' Pizza: This "mom & pop" type store is the hub of civilization here in Thunderbird Farms. The goods are a little pricy, but they have a Meat Lovers' Pizza that's very generous with the toppings. The best part is that it's only 1 mile from home. They don't have delivery. http://local.yahoo.com/profile;_ylc=X3oDMTEwb2ZicGk0BF9TAzIwMjM3MDE2MTMEZW1haWxJZAMxMzA3MjQ2NDM3?id=20042907&review_id=1

"Since writing that post, the Farmers Convenience Store has taken a nose dive. On any given day, the public will encounter passed out drunks, open containers, pubic urination and loitering at this location, while management looks the other way. The stench of alcohol and body odor are some of the eye watering sensations shoppers will encounter. With all of this unacceptable behavior, I suspect drug activity also comes to the Farmers Convenience Store parking lot.

Despite patrons making complaints, nothing has been done to correct this problem. Management simply doesn't care." Stores shouldn't be allowed to sell alcohol if this is the type of unchecked environment they create." I might expect to find a situation like this in downtown Phoenix or on Van Buren St. Normally, one wouldn't expect to find such human filth in a rural setting. We don't want the ghetto moving out here.

EL PASO - It's disgusting, unsanitary and it's going to leave you shaking your head. Migrant workers have turned a Downtown El Paso alley into a gigantic toilet.

Human urine stains the walls and feces is piled up in an alley that's just blocks away from the Convention Center and other tourist hotspots. http://www.ktsm.com/news/feces-urine-problem-in-downtown-el-paso

The Thunderbird Farms and Hidden Valley area is now home to three businesses that sell alcohol . All three are within sight of each other and attract a smorgasbord of assorted undesirable characters. The passed out Mexican in the above photo could easily be the poster boy for, "I'm just here to make a better life for myself and my family."

The people that own this store need to step up and take responsibility and run these nasty vermin off. They do nothing, but degrade the entire neighborhood. I see nothing wrong with pissing your pants, vomiting on yourself and passing out as long as you do it in the privacy of you home. There's no place for it in public.

This is a perfect example of what multiculturalism and diversity is all about. It's bringing Third World behavior and customs to destroy the fabric of their host nation. The liberals tell us this is all great and that we should embrace it. I think they're crazy. I see this as nothing more than the controlled demolition of the United States.

This disgusting conduct we see at the Farmers Convenience Store might be the norm in Mexico, but we actually have laws against it here. When in Rome, do as Romans do.

"We simply use the computers to mark up the size of the accounts of the member banks." --Benjamin Bernanke, Jewish Chairman of the not-so-federal Federal Reserve, describing how the money of the US is created in a CBS 60 Minutes interview
Posted by Harry L. Hughes III at 12:24 PM 2 comments: