A routine trip to the D.O.I. B.L.M. office in downtown Phoenix for training and a permit turned into a day long "Urban Safari". . . 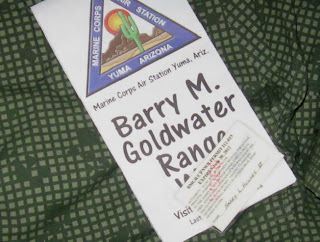 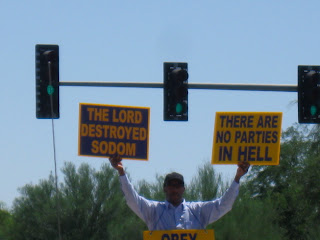 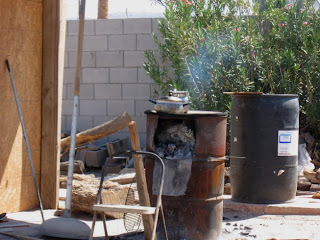 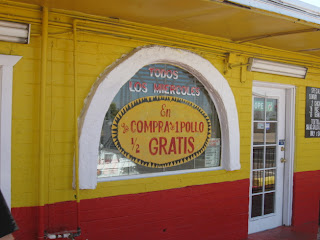 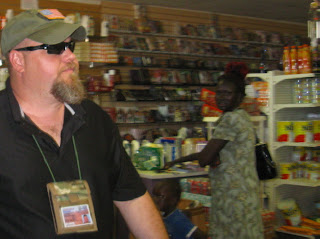 Shortly before noon, J.T. Ready arrived at my home to pick me up. Our primary purpose for this trip to Phoenix was to receive training and permits that would grant us access to the Barry M. Goldwater Range and the Cabeza Prieta National Wildlife Refuge. As you can imagine, this excursion turned out to be anything but routine. We covered approximately 200 miles and encountered a wide assortment of sights and people. Unfortunately, this blog couldn't possibly cover a fraction of the things we saw.

We were just about to pass through one of the last traffic lights in Maricopa before heading towards Phoenix when we saw some people holding signs at an intersection. I snapped a few quick photos. Some of the signs read, "No Excuses on Judgment Day.", "Remember the Flood.", "There Are No Parties In Hell" and "The Lord Destroyed Sodom." I'm not sure if these people were with a church or some cult.

Before arriving at the Department of Interior Bureau of Land Management office in downtown Phoenix, we decided to sample some chicken at a Mexican eatery in south Phoenix. It was a typical Mexican place with ugly yellow paint and exposed fluorescent lighting on the exterior. Behind the restaurant, we discovered a Mexican woman cooking over a fire in a 55 gallon drum. I wonder if this is where they cooked the chicken. After a few minutes, our chicken was served. Plastic spoons and forks were neatly wrapped in paper napkins. There was no air conditioning inside and we had to turn on the ceiling fan above us. The chicken was quite good and I had more than my fill before leaving.

Our visit to the B.L.M. office was for the most part, uneventful. We took part in a short training session, watched a video, asked questions and received maps and information about the Barry M. Goldwater Range. We were instructed on safety and the possibility of encountering unexploded military ordnance.

The Barry M. Goldwater Range is operated by the 56th Fighter Wing Range Management Office, Airspace and Range Operations office. The Barry M. Goldwater Range (formerly the Luke Air Force Range) is located in southwest Arizona. It serves the U.S. Air Force and the U.S. Marine Corps as an armament and high-hazard testing area; a training area for aerial gunnery, rocketry, electronic warfare, and tactical maneuvering and air support; and a place to develop equipment and tactics. It also serves other defense-related purposes. The Goldwater Range has generally served these and similar purposes since 1941, when it was established to train U.S. Army Air Corps pilots for World War II. Changing capabilities have been significant: military aircraft in World War II could shoot down enemy aircraft from a distance of about 600 feet, while today's aircraft can engage and shoot down an enemy from as far as 25 miles. http://www.globalsecurity.org/military/facility/goldwater.htm

Boundless desert surrounds you in Cabeza Prieta, the third largest national wildlife refuge in the lower 48 states. Here, seven rugged mountain ranges cast shadows over barren valleys once swept by lava. Saguaros loom in stark profile above the baked earth. A 56-mile, shared border with Sonora, Mexico, might well be the loneliest international boundary on the continent.

Imagine the state of Rhode Island without any people and only one wagon track of a road. Cabeza Prieta NWR is that big, that wild and also incredibly hostile to those who need lots of water to live. Yet, within a landscape at once magnificent and harsh, life does persist, even thrives. http://www.fws.gov/southwest/refuges/arizona/cabeza/index.html

Upon exiting the building, we noticed a little place across the street named "The Cartel". I wonder what kind of people frequented that place. Were there a bunch of heavily armed Mexican drug dealers with mustaches smoking cigars? Perhaps, If I'm in the area again, I'll have the time to go in and have a look for myself.

We drove through Tempe, Phoenix, Glendale and Mesa. I wasn't all that surprised to see many mutants and zombies aimlessly wandering the street. In Tempe, at Southern & Mill, I saw a guy banging his head on a street sign. We drove by several hours later and he was still there waving his arms. I saw others just wondering around in a daze oblivious to the world around them. Some of the most horrible looking people I saw, were hunkered down like refugees at bus stops. These people reminded me of the ghetto safari I took in St. Louis, MO last April.

We made stops at Cabela's and the Bass Pro Shop. It was a relief to see some normal looking people still inhabited Maricopa County. Now, back to some of the abnormal people. . . I couldn't help but think of “Zombieland” and all of those “Night of the Living Dead” movies.

Near 43rd. Ave. & Bethany Home, an area barely a half mile from where I once lived prior to moving to Maricopa, we saw a sign that read, "African Caribbean Market". Curiosity got the better of us, so we decided to walk in and have a look. This is something I'm sure not too many white people have done. The African looking people looking at us inside gave me that impression. To my near disbelief, a small black child took an immediate liking to J.T. I guess stranger things have happened. I decided to take a couple of photos while exiting the store. I think that might have made the natives a little restless. The storekeeper actually came outside and gave us the "eyeball" as we pulled out of the parking lot.

I don't travel to the Phoenix area very often. I'm always disappointed to see how the entire area continues to decay and crumble. Freaks and mutants roam the streets as blocks and blocks of the city become transformed into Third World looking slums. The worst part is that this appears to be happening to every city in the country. Having traveled over 10,000 miles in 19 states, so far this year, I've seen decay everywhere. This country is literally falling apart.

“Culture is roughly anything we do and the monkeys don't.” --Lord Raglan
Posted by Harry L. Hughes III at 2:18 AM No comments: