Casa Grande, AZ: A big fat Mexican stole my drivers' license at the Church of the Nazarene. Nobody should ever become a crime victim in a church. 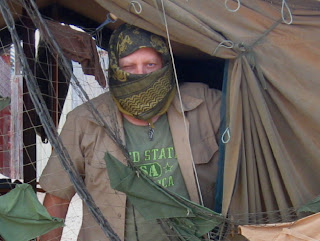 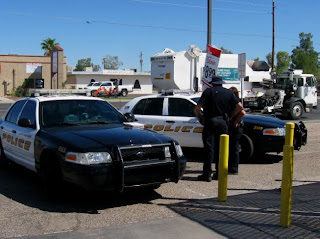 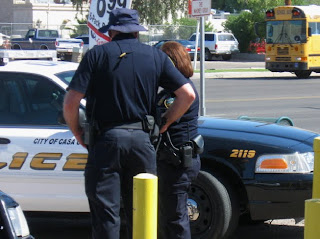 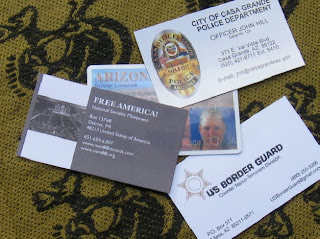 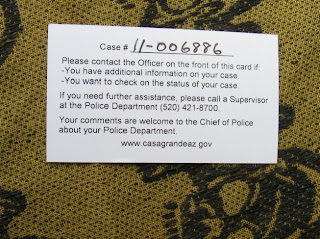 As required, I presented my photo ID and a current utility bill to verify my address. A huge 400+ pound Mexican refused to accept my documents and denied me a food cart. My water, phone and electric bills were all rejected. They all had my name on them and were for the current billing cycle. I honestly believe, he was motivated by anti-white hatred and racism.

Volunteers at this food pantry are known to be dopers and thieves. Judges sentence then to serve community service at this place. It's also common knowledge that volunteers steal food that is intended for the needy.

Church of the Nazarene. . .

General Superintendents Move to Clarify Nazarene Mission
The Goal is Christlikeness for Everyone–To Do All He Commands
With the Church of the Nazarene facing some of the biggest generational and cultural changes in 60 years, the Board of General Superintendents voted unanimously in its December 2006 meeting to update language used to define the mission as it approaches its Centennial in 2008. http://www.nazarene.org/ministries/superintendents/mission/display.aspx

I am permanently disabled and have lived in poverty for four years. I'm appalled at the way I was treated at this SO-CALLED “HOUSE OF GOD”. I drove 30 miles (one way) to get there. I ended up wasting a 1/4 tank of gas. Not only was I denied food, but many others also enjoy my generosity as I spread this gift of food around via the Aryan Family Food Drive. They have been left out, too.

To pour salt in an already festering wound, the fat Mexican stole my drivers' license and refused to return it. I demanded that he return it. At that point, he ordered me off the property and told me not to return. Keep in mind, I'm not judging this sorry excuse for a man by the color of his skin. I'm judging him by the content of his character. In the end, it worked out the same.

A person should never ever become a crime victim inside the walls of a church. This is just so wrong. The criminal element should be removed from the general public. Scumbag thieves have absolutely no business being around me.

I contacted the Casa Grande Police Department and a unit promptly responded. A report was filed. The officer said that he recognized me from somewhere, but didn't quite remember. I told him of my anti drug and human smuggling activities south of Interstate 8. Perhaps, he saw my picture in the paper or on the news. In any case, we exchanged business cards and he provided me with a report numer. (Case #11-006886)

When the police officer responded to the food pantry, the 400+ pound Mexican had conveniently disappeared. Suddenly, he was nowhere to be found. This came as absolutely no surprise to me. The guilty almost always run away. They are spineless pathetic cowards.

Apparently, he had good reason to elude police officers. How can you have criminals like this dealing with the needy at a church? This scumbag basically signed his own confession by disappearing. I'm almost certain he bailed in order to hide my drivers' license in the event he was searched. An honest person, with nothing to hide, would have done nothing of the sort.

Civic leader keeps her cool in wake of identity theft

Her poker face has become a staple of Snoqualmie Valley School Board meetings. Rarely cracking a smile, but rarely losing her cool, either.

So when she learned her identity had been stolen in California, Caroline Loudenback did what she’s been known to do. She stayed calm and went to work.

“I took charge,” she said. “I immediately picked up the phone.” Someone had tried to open an account and failed at a department store, which then alerted her. By that time, the thief or thieves had already hit her up for thousand of dollars in clothes at other stores. http://snovalleystar.com/2011/09/14/civic-leader-keeps-her-cool-in-wake-of-identity-theft

The hell with keeping my cool. I'm fuming mad! Identity theft is one of the fastest growing crimes in America. People's lives are ruined by it. This is nothing to take lightly.

It cost $12.00 to replace my drivers' license at the AZ DMV. I also had to sit there, wasting more of my time. Now, I have to constantly worry about my credit and identity being fraudulently misused. The church of the Nazarene took food out of my mouth and money out of my pocket by exposing me to lawless criminal Mexcrement. (Mexican + Excrement) Unfortunately, this may only be the beginning of future problems.

Some day is the near future, I plan to picket this church with a sign that reads: “God's House of Dopers and Thieves". I will be inviting the media. People need to know what happens at this crooked food pantry. Scumbags, like this grossly obese Mexican, have a tendency to prey on those that are the most destitute and needy in this sorry of an excuse of a society we are forced to exist in.