Arizona's Bad Air: Pollution Turns Our Air into Poison, While Idiots and Morons Boldly Elect to Become Part of the Problem 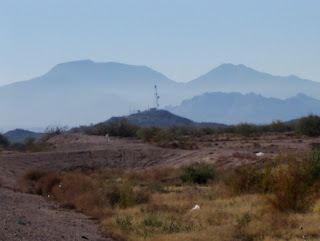 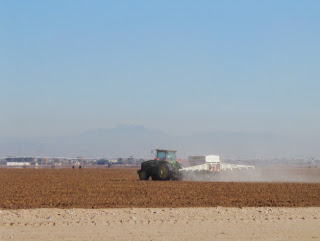 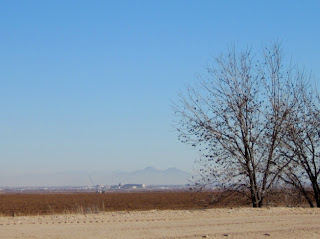 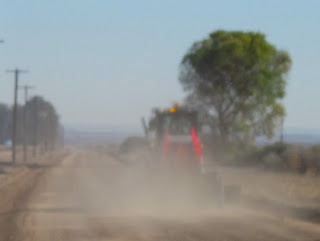 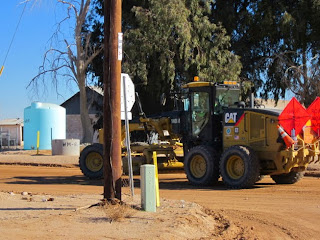 This is a response to a recent blog from AZ Central. I originally wrote, "Many of you valley residents were actually lucky only to smell wood. I live just south of the City of Maricopa. Bright and early Christmas morning, I got to enjoy the foul stench of paper, plastic and other household trash being burned by one of my inconsiderate neighbors. The smell of napalm in the morning would have been better. There is little or no enforcement anywhere."

I went on to say, "The only thing that might be worse is living in Stanfield, AZ where residents get to inhale bovine fecal material 24/7. Is it time for a heavy handed "Atmospheric Police"? People won't voluntarily comply."

Lots of folks walked outside Christmas morning and found the air filled with the aroma of a holiday fire, but that was not the plan, not according to air quality managers who asked residents to find other ways of stoking cheer.

Maricopa County's air monitors exceeded federal pollution standards both Christmas Eve and Christmas Day, even after the county posted no-burn restrictions for both days in an attempt to keep the air clean. At some locations, pollution levels were more than twice the federal health standard. http://www.azcentral.com/members/Blog/ShaunMcKinnon/151637?fb_comment_id=fbc_10150426457186157_19934340_10150426896156157#f35544c1d

What completely disgusts me is that stupid people are willing to scoff at our air quality problem and even boldly opt to become part of the problem instead of the solution. Attitudes like this are beyond reprehensible.

For example, alleged air polluter and boastful "scofflaw", David Graff said, "if your are THAT sensitive to smoke you probably shouldnt live here, because people are going to use fireplaces when its cold. that will not change . I have a few tons of wood to burn that can heat my house for free, i aint paying to heat the house when i can burn this wood for free, sorry charlie. I will gladly use my heater if you want to pay the bill! People have been using fire to cheaply or heat houses for thousands of years, aint going to stop because of some silly law that i had nothing to do with creating."

Well, Mr. Graff... I think you deserve to get lung cancer from breathing the air. Would you be the first in line to file a law suit? If you are not part of the solution, you are most certainly part of the problem. Graff is an obvious "boobas americanas ignoranus". The next time Mr. Graff lights a match, he should get 120 days in Tent City with no heat.

It would appear that John Williams would prefer to bury his head in the sand and pretend there's no problem at all. He said, "I suggest the best way to handle this is for the ADEQ monitoring equipment to be down for maintenance on Christmas Eve, Christmas Day, New Year's Eve and New Year's Day. Bingo. Problem solved. After all, my bank's website gets away with the "maintenance" excuse every time I really need to get on, so why not ADEQ?" Needles to say, thoughts like this are completely idiotic.

The type of people that ignore no burn regulations are also the same scofflaws that pass in school zones, litter, ignore the speed limit and foolishly gamble with YOUR lives. These horrible people think they are above the law and are somehow "entitled" to do as they please in total disregard of public safety and the greater good. In my book, people like this are the scum of the Earth that are making this country a Third World cesspool.

TUCSON (KGUN9-TV) - A storm in Pinal County a week and a half ago is still kicking up dust, and a local leader has a unique proposition to solve the problem once and for all.

That dust storm at Picacho Peak shows what poor air quality can lead to in the county. Two dozen cars, trucks and big rigs piled up on Interstate 10 in little to no visibility. One person was killed. http://www.kgun9.com/news/local/131902413.html

Pinal County Air Quality is asking you to help clear the air of wood smoke. In this handbook you will find information about the air pollutants in wood smoke, health effects of smoke, how wood burns, why it smokes and how you can reduce wood smoke pollution. http://pinalcountyaz.gov/Departments/AirQuality/Documents/Burn%20Forms/Wood%20Burning%20Handbook.pdf

One way to reduce pollution is to give up or sacrifice creature comforts. Remember the “Don't drive, one in five” campaign? I do. Personally, due to economics, I have almost completely given up driving. I do not heat my home at all and keep the TV off most of the time. By reducing consumption, you will reduce pollution.

The key word is SACRIFICE! Most people will refuse to give up anything, but will be the first to complain about everything. These people are in need of a serious attitude adjustment. We have just one planet to call home.

“I'm a 9th generation American and patriot (1737). My forefathers served in the Pennsylvania Militia. On June 27, 1781, they were called to perform a tour of duty. I'm still protecting freedom and securing the border, 274 years later.” --Harry L Hughes III