Ready or Not, J.T. Ready IS Running for Pinal County Sheriff and the hateful naysayers are outraged and spewing foul remarks 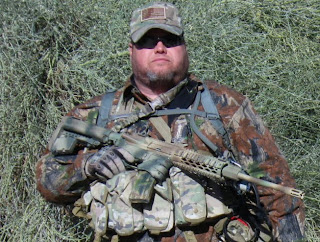 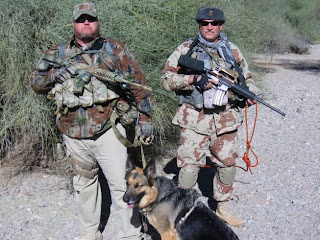 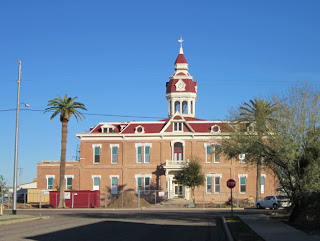 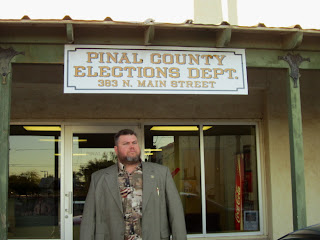 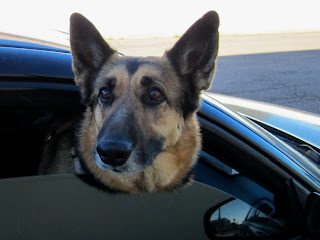 "The discussion that's taking place in the comment section on the Phoenix New Times Feathered Bastard's blog is not as negative as I thought it would initially be. Yes, there are plenty of name callers, back biting naysayers, hate mongers and trolls out there, but there have been more than a few supportive comments as well. Of course, it's real easy to complain from behind a keyboard. http://blogs.phoenixnewtimes.com/bastard/2012/01/neo-nazi_jt_ready_runs_for_pin.php?page=2

Oddly, people were stunned that J.T. Ready was running as a Democrat. I responded:

In preparing this campaign, we considered running Independent. Unfortunately, the Republicans and Democrats made the rules for getting on the ballot to favor themselves. The "insiders" made it very difficult for the "outsiders" to run by requiring a disproportionately higher number of petition signatures to get on the ballot.

At the end of the day, both parties are more or less the same. In this campaign, I'd worry less about political party, calories and uniforms and concern ourselves with the issues. For example... "law enforcement" vs. "keeping the peace". Sheriffs and judges should be apolitical. Party should not influence their actions once in office. Right?"

After a negative and not so well thought out comment, J.T. Ready replied with:

"Our entire American system is set up like me running for Sheriff. We don't see our civilians as "children" as you do. We have a civilian president over the military instead of a despot and a dictatorship military junta. We allow our civilians to serve many important intelligence agency and governmental jobs with high level access. And our American citizens are the ultimate authority. We are the shining city set upon the hilltop for other nations to emulate in that regard.

But if you would rather be deported to a third-world banana republic where your cruel and insane ideas are put into practice against the civilian population, I am sure we can make diligent arrangements with ICE soon after I am sworn in. I would much rather have an El Salvadorean immigrant worker yearning to be free, than a hate-filled mini-tyrant like you eroding our Constitutional form of free government any day."

Once again, I couldn't help but notice that the most hateful and prejudiced comments are coming from people who are supposedly against hate and racism. Their own words expose them. They're all hypocrites and haters. Every last one!

"What happens if J.T. Ready does win?"

1. American history is made: Free speech triumphs over suppression of American rights by vicious racist hate groups such as the SPLC, ADL, et al.

2. The people have a Constitutional rights respecting Peace Officer serving the community instead of more tyrannical "Law Enforcement" and armed tax collectors trampling upon people's rights.

3. Marijuana is legalized in Pinal County setting a national precedence that non-violent acts are not a priority over real public safety concerns.

4. Hundreds of volunteers are utilized instead of turned away, thus accomplishing the job with less strain upon the tax payer.

5. Narco-terrorist spotter positions are actually taken back from the cartel instead of "waving the white flag" and playing sheriff in front of cameras to punch a congressional ticket.

6. Illicit drugs smuggled into our nation which fuels bloody cartel violence in Mexico is decreased by 25% or more.

7. We get a real sheriff who actually patrols the desert at 3AM with his deputies instead of polishing his skull for the cameras.

8. Abandoned dope houses are cleaned up and converted into deputy substations manned by deputies, volunteers, and humanitarian aid groups to decrease response time for citizen calls for service and to categorically deny the cartel usage of these countywide facilities.

9. The county jail will be cleaned up of gangs, rape, and drugs- replaced by a humane, civilized, orderly environment designed to reintegrate citizens back into the community as productive citizens instead of repeat offenders.

10. Partisan finger pointing will be completely abandoned, replaced with an apolitical stance of public safety for all citizens first and foremost.

Ready or not… After nearly two years of armed, volunteer patrols in the Pinal County desert, reported neo-Nazi Jason"J.T." Ready is looking to make it official.

Correction: According to Pinal County election records, Ty Morgan is running as an Independent, NOT a Democrat.

“I'm a 9th generation American and patriot (1737). My forefathers served in the Pennsylvania Militia. On June 27, 1781, they were called to perform a tour of duty. I'm still protecting freedom and securing the border, 274 years later.” --Harry L Hughes III
Posted by Harry L. Hughes III at 5:01 PM No comments: