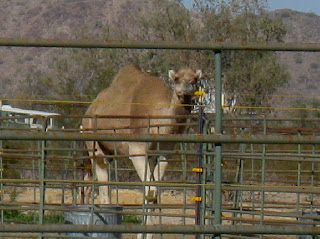 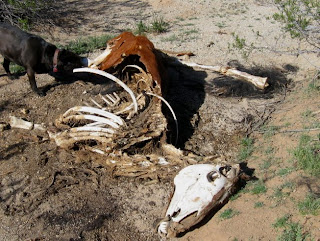 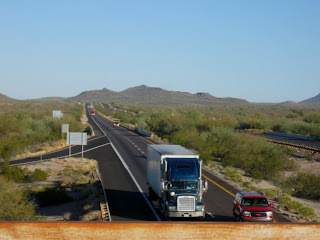 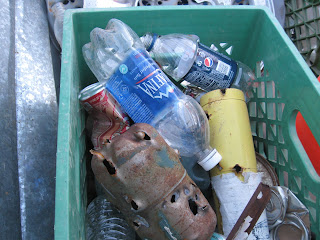 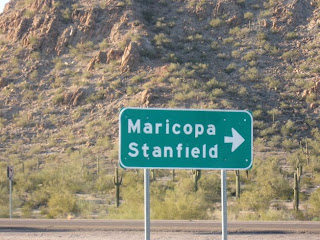 On Friday, February 10, 2012, National Socialist Movement members conducted a low profile recon patrol of the Vekol Valley drug corridor and surrounding areas including my own neighborhood, Thunderbird Farms. During our patrol, we also picked trash left behind by inconsiderate B.L.M. land users. The N.S.M. has collected and recycled 2117 pounds of trash from the Arizona desert since January 1, 2012.

After the discovery of burlap, shoes, water jugs and other illegal alien trash on B.L.M. land bordering Hidden Valley, it become more important to gather information on drug and human smuggling north of Interstate 8. With a large law enforcement presence south of Interstate 8, the bad guys might have moved their action north.

Despite the raids and arrests stemming from October's Operation Pipeline Express, there are still plenty of bad guys in my neighborhood looking to cash in on the exploitation of people. Many of the homes raided back in October are still up and running today. One in particular is frequently the source of activities the neighbors find objectionable enough to contact the sheriff's office on multiple occasions.

This is unfortunate. Homes used for drug and human smuggling should be seized and/or demolished to prevent this sort of thing from continuing. It's pretty hard to hide dope and illegal aliens on a vacant lot. Property owners should also be held accountable for what occurs on their property.

I produced a short video of our patrol using a recently donated dash camera... This new piece of technology is really going to be useful in our future activities. http://www.youtube.com/watch?feature=player_embedded&v=38A7g4a7up8

While tracking the vehicle with the PCSO MD 500E helicopter, Deputy Lopez noticed a fresh set of ATV tracks leading north. After following the tracks a short distance, three quads were found hidden in thick brush and covered with camouflage tarps. A full search of the quads turned up 14 bundles of marijuana totaling 549 lbs. BLM took possession of the drugs while PCSO seized the ATV’s which were not stolen. More

This was very good news. I was aware of the quads and drug smuggling in this area for quite some time. We saw the tracks and we heard them all too often while we were conducting patrols. I'm glad that the PCSO is finally deploying an air unit to nip this problem in the bud.

A couple of state lines away, the border problem has taken on a strange twist. Imagine being an American living in the United States, but having the border fence north of your home. Imagine being a sitting duck when Mexican invaders approach. This is exactly what's happening.

Texans on wrong side of border fence worry

Violence has surged in Tamaulipas, the Mexican state bordering this part of Texas, in the past two years. This week the State Department issued a new travel warning urging U.S. citizens again to avoid traveling there.

Residents in this rural area often see groups of illegal immigrants passing through or smugglers toting bundles. In October, the Border Patrol caught a high-ranking member of the Gulf cartel's Matamoros operations who had crossed about a half-hour upriver. http://www.azcentral.com/news/articles/2012/02/11/20120211PNI0211-wir-texas-border-fence-residents-wrong-side.html#ixzz1m8RWMasR

(AP) WASHINGTON — Jeanette Barraza-Galindo conspicuously left her bags of teddy bears and throw pillows on a bus during an inspection at the Texas-Mexico border — and professed ignorance about the $277,556 officers found hidden inside. The bags were handed to her at a bus station, gifts to be given to a child upon her return to Mexico, she told investigators.

The crime she pleaded guilty to — bulk cash smuggling — is increasingly drawing the attention and resources of federal authorities responsible for fighting drug trafficking across the border. Federal immigration authorities say their investigations have yielded more cash seizures and arrests in the past half-dozen years as criminals, sidestepping scrutiny from banks over electronic transfers, resort to using cash to conceal drug trafficking and move money to crime rings in Mexico and elsewhere. http://www.cbsnews.com/8301-501363_162-57375984/us-faces-tough-fight-in-cash-smuggling-crackdown/
We as a nation waited too long to protect our borders. We stood by and, without questioning policies, let our leaders paint us into a corner. Our elected representives let all of us down. Corruption and back room deals brought us down this ugly path. Traitors should be treated like traitors. It's time for regular citizens to do what our government refuses to do.

“I'm a 9th generation American and patriot (1737). My forefathers served in the Pennsylvania Militia. On June 27, 1781, they were called to perform a tour of duty. I'm still protecting freedom and securing the border, 274 years later.” --Harry L Hughes III
Posted by Harry L. Hughes III at 8:09 PM No comments: