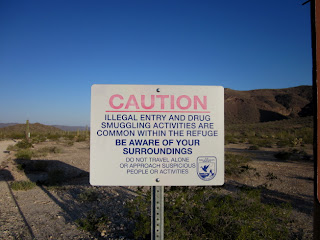 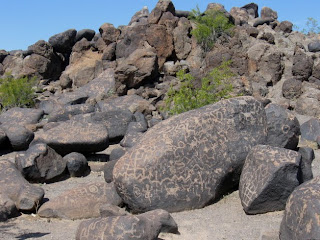 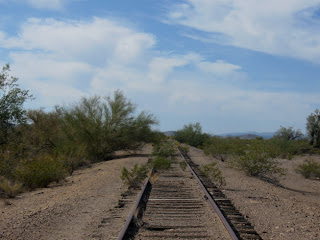 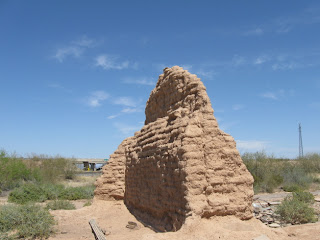 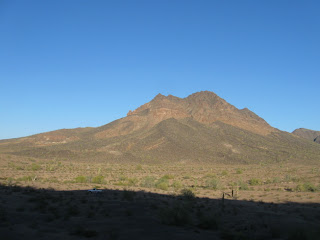 I made it back from my weekend adventure last evening (Sunday), intact and no worse for wear. I started out near Ajo, AZ in the Cabeza Prieta Wild Life Refuge near the Charlie Bell Pass and spent the night at Black Gap in the Barry M. Goldwater Air Force Range, On Sunday, I exited the bombing range and stopped at the Painted Rock Petroglyph Area and the former Painted Rock Dam before going to Sentinel, Arizona.

We encountered the US Border Patrol on several occasions and discovered the tell tale evidence of drug/human smuggling. It was a good trip and we hope to be conducting more in the very near future.

I was most disappointed to see expensive looking water stations in the Cabeza Prieta Wild Life Refuge. All this does is promote and enable drug and human smugglers to further their industries of exploitation. The government should remove and/or dismantle these exploitation facilitators immediately.

Drug and human smugglers are foolishly using an active military bombing range to bring in their narcotic and human contraband. Unfortunately, if a training exercise is taking place when illegal aliens or drug runners are spotted, the exercise is halted and aircraft that cost thousands of dollars per hour to keep in the air are recalled.

It's quite possible that a few illegal aliens crossing the training ground during an exercise could cost the taxpayer substantial sums of money and delay/deprive essential combat training for our pilots. Not to mention the potential loss of life and limb.

Permit requirements and locked gates are intended to control access to the range. I quickly learned that just about anybody with or without a permit can simply ask for the gate combinations and receive them.

Arrests made in high school break-in

Because of the offensive language contained in the graffiti, there were concerns in the community the crimes were racially motivated. Stahl said based on the investigation the suspects did not have that intent when they committed the crimes.

There you have it. As I suspected all along, this incident was NOT racially motivated. People just love to blame racially aware White People for everything. What we had were some punks that have no purpose or worth damage OUR school.

Due to biased media reporting that did not show anything but "anti Mexican" and "anti black" graffiti, most people did not know that "West Side Bloodz" graffiti was also painted on the Maricopa High School property. The racist and bigoted media only wanted to show one angle. An angle that unfairly targeted so called white racists.

It's simple, the pro-diversity crowd thinks that jamming all races and cultures into the same space will bring about world peace, and eventually all the lines will blend together and we will all be dancing under rainbows. They've been indoctrinated by TV and Marxist schools to believe that Whites owe non-white society something due to their racist, evil history.

I suspect that few Whites are "pro multiculturalism." Most whites just put up with it for fear of being called a racist. Look at the "white flight" in urban areas, non whites move in, Whites move out. Now all those Whites, though most will never admit it, do not like living among non whites. They are just too scared to do anything other than move away from the problem.

KANSAS CITY, Mo. -- A 13-year-old Kansas City boy is back home after two teenagers poured gasoline on him and lit him on fire.

It happened Tuesday at the teen's home on Quincy Avenue, just down the street from Kansas City's East High School. The boy lives less than two blocks away from the school and was walking home when the attack happened. http://www.kmbc.com/news/30572405/detail.html#ixzz1oYBTjBmI

Savage black on White crime: "And they rushed him on the porch as he tried to get the door open," she said. "(One of them) poured the gasoline, then flicked the Bic, and said, 'This is what you deserve. You get what you deserve, white boy'."

“I'm a 9th generation American and patriot (1737). My forefathers served in the Pennsylvania Militia. On June 27, 1781, they were called to perform a tour of duty. I'm still protecting freedom and securing the border, 274 years later.” --Harry L Hughes III
Posted by Harry L. Hughes III at 1:08 AM 1 comment: