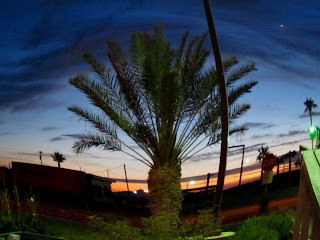 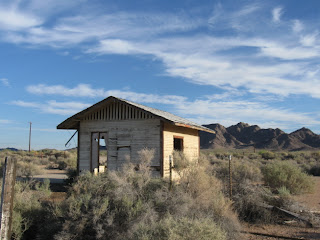 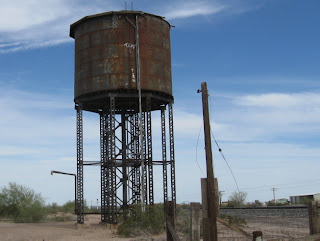 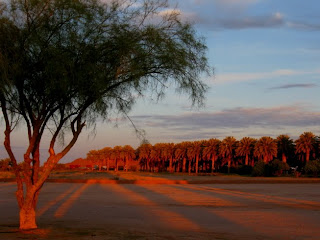 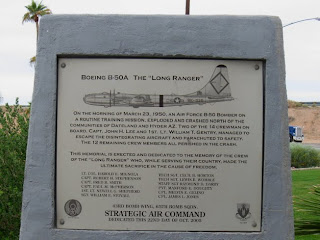 I spent another interesting weekend conducting a "casual" (not geared up in military garb) rolling reconnaissance patrol of the desert area south of Interstate between Aztec and Dateland Arizona. I find it far more productive to operate in "tourist mode" on these fact finding operations. This patrol area also included parts of the Barry M. Goldwater Range (West) southeast of Sentinel, Arizona.

The purpose of this expedition was to investigate drug and human smuggling activities in this area. We also explored some historical places and made contact with a few local residents during our outing.

Unlike the Vekol Valley drug corridor in Pinal County, where smugglers actually walk across the desert with loads of drugs on their backs, the smuggling trade is far more mechanized in Yuma County. Trucks and all terrain vehicles (ATV's) are utilized. As previously reported, the smugglers risk life and limb crossing the vast active bombing range that is restricted to all persons without permission from the military.

80 miles east of Yuma. Post Office was established by Charles A. Dallen on September 12, 1889. Just off I-8. Aztec was a stop on the Southern Pacific Railroad line between Phoenix and Yuma. http://www.ghosttowns.com/states/az/aztec.html

This is a low desert, winter site located about 3 miles east of Dateland, Arizona at an elevation of 530 feet. Unobstructed views are found to the east, south and west with little light pollution in any direction. Looking south, the Mexican border is about 50 miles away across the Barry M. Goldwater Bombing Range and Cabeza Prieta National Wildlife Refuge. There are essentially no inhabited settlements for a 100 miles or more in that direction. Routine night maneuvers by aircraft from both Luke AFB near Phoenix and Davis-Monthan AFB in Tuscon can be heard and sometimes seen in the inky black skies to the south. http://www.starimager.com/Secondary%20Pages/Observing%20Sites%20Pages/Aztec%20Hills.htm

During a previous mission, we discovered that foot traffic passes over the Mexican border through mountain passes. Then, these "pedestrians" are picked up and transported by vehicle through the desert to Interstate 8, where they can disperse throughout the United States via our freeway system in only a couple of days.

Because of its location along the U.S.-Mexico border, large numbers of illegal aliens entering the United States illegally pass through Yuma county. From October to July 2005, some 124,400 illegal foreign nationals were apprehended in the area, a 46% increase on the previous year (Economist, August 27, 2005) http://en.wikipedia.org/wiki/Yuma_County,_Arizona

According to the Yuma Sector Public Affairs Office, Wellton station agents assigned to Camp Grip discovered eight bundles of abandoned marijuana in a remote area of the desert. After searching the area and finding no suspects, the marijuana was seized for destruction. http://www.yumasun.com/articles/marijuana-77796-yuma-agents.html#ixzz1qL2cKvAL

Established in the early 1920's, Dateland Arizona was originally a water stop along the railroad lines. Back then, the old steam engines had to stop every 5 to 6 miles for water.

Located just north of the Mexico border on Interstate 8 between Yuma Arizona and Phoenix in the Arizona desert, Dateland was a welcome site to travelers during the hot summer. The irrigation pond substituted as a swimming pool on a regular basis to travelers that would dive in clothes and all. Temperatures here in Dateland can reach upwards of 120 degrees for about 3 weeks every year. http://www.dateland.com/AboutDateland.html

“I'm a 9th generation American and patriot (1737). My forefathers served in the Pennsylvania Militia. On June 27, 1781, they were called to perform a tour of duty. I'm still protecting freedom and securing the border, 275 years later.” --Harry L Hughes III
Posted by Harry L. Hughes III at 6:04 PM No comments: