White American Patriots: We are Under Media & Government Assault 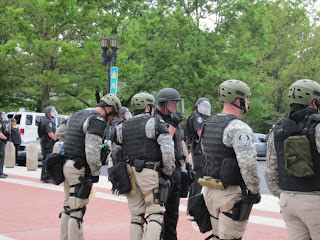 Our corrupt government relies on incidents such as the recent J.T. Ready killings in Gilbert, AZ to impede the various patriot movements that periodically gain popularity and momentum in our country. Whether or not J.T. actually pulled the trigger is not even important to the issue. This incident served only as a vehicle for the "controlled" media to exploit to their own ends.

The Zionist controlled media was lying in wait to drop their net of deceptions and outright lies about patriotic white civil rights groups, such as the National Socialist Movement upon the American people. Their traitorous acts put all American patriots (regardless of racial, ethnic, political or religious backgrounds) on notice.

Your freedom is in jeopardy! White People are the only remaining obstacle to globalism and domination by an evil menace. We are the last bastion. 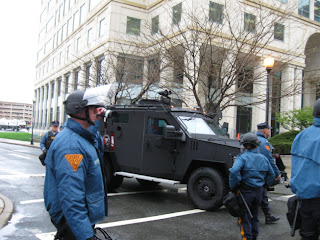 This media attack was deliberate and planned. Our enemies are calculating and cold blooded. Like sociopaths, right and wrong do not exist in their thought processes. They do what is only in their interests, regardless of who they hurt or who tries to get in their way.

To throw us further into the boiling caldron, several members of the American Front were recently arrested in Florida for engaging in military type training. Of course, they were charged with conspiracy as the result of an inside informant. All they did was talk! Remember that! And Don't forget it! 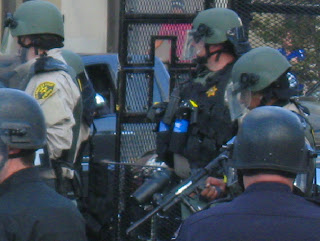 Devious tactics and treachery, such as these, are intended promote fear and to sway people away from our ranks. I'm sure, along with myself, many of you know members of the American Front. I certainly wish them the best of luck.

Meanwhile, savage Black flash mobs are permitted to run wild in the streets and groups like the New Black Panthers are literally given free passes from Eric Holder's US Department of Justice to intimidate and threaten innocent White People. People who are simply minding their own business and going about their everyday lives. People who are trying to exercise their right to vote are not even safe from them. 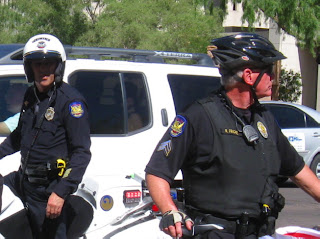 There is absolutely no turning back for us patriots and other like minded people across this country. We are under siege. For us, things have suddenly become exponentially more difficult as the fence sitters have abruptly been knocked off the fence. Once again, they are the obedient "sheeple" living in fear of their own tyrannical government. We have to move forward. We have everything to lose and so much to gain. 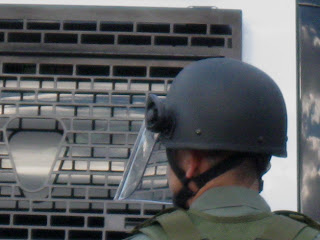 We must remain vigilant, yet remain firm and strong in our resolve to move ahead despite the barriers placed in front of us. We must remain above reproach in the manner we live our everyday lives and how we conduct ourselves on the political battlefield. We must stand up for what is right for our race and nation. Our survival depends on us.

Urban Training in Miami with Explosions, Simulated Raid and Gunfire – Residents Feared City was Under Attack

A number of Miami area residents woke late last night to the sounds of Black Hawk Helicopters, Gun Fire and even Explosions. Many residents were so concerned that 9-11 was flooded with calls from people who feared the city was under some sort of attack. In fact, a number of the calls wanted to know why armed choppers were flying and firing shots over their homes. More

This comment summed it up best: “I think they are either trying to intimidate the public into submission or trigger a response from people who may not see what is going on as a “TRAINING” exercise but instead as real and may shoot back causing martial law to go into effect. Either way, this has NOTHING to do with training. This is purposefully meant to incite the public. You don’t go around in the wee hours of the morning firing weapons with ZERO notice complete with explosions and expect people to be OKAY with that.”

Some day, these goons with their helicopters and miniguns will be coming for you. Thankfully, at least a few people see it coming. The rest of you had better wake up! Freedom's days are most certainly numbered.

“I'm a 9th generation American and patriot (1737). My forefathers served in the Pennsylvania Militia. On June 27, 1781, they were called to perform a tour of duty. I'm still protecting freedom and securing the border, 275 years later.” --Harry L Hughes III
Posted by Harry L. Hughes III at 7:42 AM No comments: