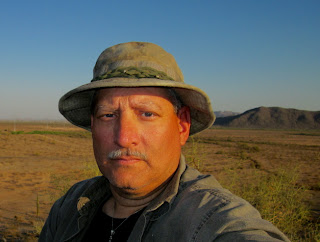 My interview with the BBC producers went very well this afternoon. They know, without a doubt, they aren't dealing with a bunch of kooks or hate-filled racist vigilantes running around the desert with military weapons. Earlier in the day, they spent time with the U.S. Border Patrol along the Mexican border in Nogales, AZ. Their story was very similar to the one I painted.

I did expand a little further and provided a more detailed history of what's actually taking place. I also pointed out that they received the "standard tour" along the fence and that the real action takes place far from the well traveled, fenced, heavily patrolled and secured points of entry. We have more than 370 miles of international border in Arizona and much of it is not even remotely protected. 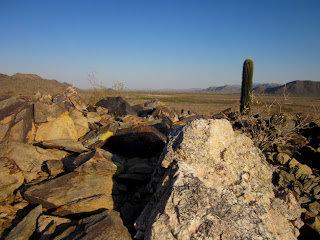 I singled out the Vekol Valley in the Sonoran Desert National Monument and the rural residential area south of my home as a major smuggling artery and distribution staging area. Nearby Interstate 8 provides a convenient link to the rest of the country.

During the interview, I explained how rampant corruption in the U.S. and Mexico has been eroding our country since the Reagan Administration, when the U.S. Government (the C.I.A.) were trading arms and drugs to finance their operations abroad. Singled out, was the Iran/Contra scandal which ultimately dumped tons of cocaine on American streets. Needless to say, little has changed some thirty years later.

I pointed out that all of the visible border enforcement is simply "window dressing" to give the American people an illusion of progress in the fraudulent "War on Drugs". 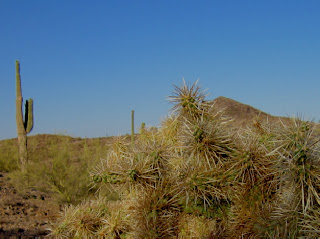 The "War on Terror" is also a fraud. If we really had a real national security threat, we would actually have secured the border years ago. In reality, the border is not secure because our political leaders, banking institutions and transnational corporations benefit from it not being secure.

Even our deployment of National Guard troops to border areas was nothing more than "window dressing". I personally observed these soldiers deployed in some of the most useless locations. They also had orders not to engage drug and human smugglers, if they were lucky enough to encounter any. They had no authority to do anything, except call for help. For the most part, the soldiers hung out and camped. 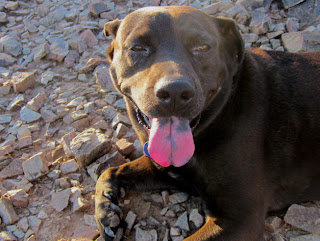 Meanwhile, our political leaders, along with the "controlled" media fabricated a phony a story that most of the poorly educated public would believe. Despite all of these well publicized efforts, drugs, guns, gang members, sex offenders, millions of dollars in cash, human traffickers and other unknown dangers freely flow across our southern border and they still do to this day. 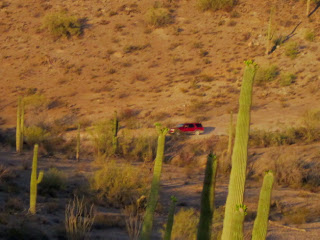 Although the National Socialist Movement has not put a serious dent in the illicit drug and human smuggling trades, we have at least made a sincere effort and have attempted to make a difference. I pointed out that at least 20 people are alive due to our desert patrols and several vehicle owners have also been reunited with their stolen trucks. I'm sure those people are thankful for what we have accomplished.

I'm also proud to report that our 2012 desert trash collection project has yielded 4870 pounds of garbage. Most of what we collected has been recycled.

And no, the real lords of these resources are not the farmers in Afghanistan or the mules transporting them. The real lords of heroin enterprises happen to be those who’ve been ‘groomed and planted’ to rule the source and transit nations, and the ones who rule those rulers who reside in the United States and other Western countries:

The revenues generated by the drug business are distributed among the criminal groups controlling various segments of the supply chain linking poppy farms to narcotics consumers. While Afghan poppy growers are enduring extreme poverty, the owners of the fields mostly reside in the US, Great Britain, and other Western democracies. More

“I'm a 9th generation American and patriot (1737). My forefathers served in the Pennsylvania Militia. On June 27, 1781, they were called to perform a tour of duty. I'm still protecting freedom and securing the border, 275 years later.” --Harry L Hughes III
Posted by Harry L. Hughes III at 11:28 PM No comments: