Thunderbird Farms: The Summer Rains are Over, the Melon Pickers are Back, Dope Loads are Once Again, Flowing Into OUR Neighborhood & Misc. Male Bovine Fecal Material 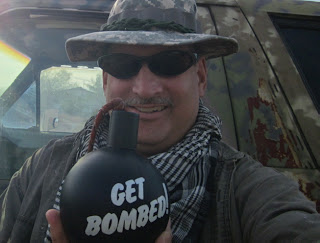 Our last rainfall was on September 11, 2012. Summer is officially out and autumn has inconspicuously arrived. Unlike much of the United States, September and October in Arizona still feels like summer, due to the 100 degree temperatures. For those of us who live here, in and around Maricopa, AZ, we notice and greatly enjoy the dryer weather. I have spent the last few days trying to get caught up on some yard maintenance.

Another thing that often escapes public attention is that it's marijuana harvest season in Mexico and tens of thousands of pounds of dope will pass through my community over the next several months on its' way to the rest of the United States. This brings a variety of perils and hazards to those of us that live near the Vekol Valley drug corridor. 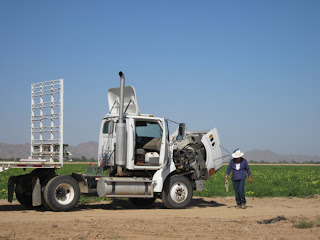 Shortly after dark on Monday evening, I noticed the first farm tractor pulling a trailer full of cantaloupes go around my corner on its' way to Santa Rosa Cooling. It would appear that melon picking season and our local semi-annual crime wave have begun. Again, the Farmers Convenience Store, one mile from my home, will host an entire smorgasbord of filth and villainy. Normally, this activity ceases around Thanksgiving. Remember to hide your valuables and lock your doors.

The southwest United States has become a Third World cesspool. With corrupt politicians, greedy heartless exploitative corporations, predatory thugs, an apathetic populous, an open border and a rogue, perhaps, degenerate POTUS, one can only imagine how bleak and scary our future really is. Open borders and miscegenation are bringing us down. The only questions remaining are how long before we hit bottom and how hard will we hit?

California is already gone. They're finished, gone down the tubes. Their flawed liberal open border sanctuary policies make it impossible for them to recover. Arizona is hated by the incompetent federal government and the spiteful Obama Administration for caring about the safety of their citizens, is next in line on the chopping block. A controlled demolition of our nation one state at a time. 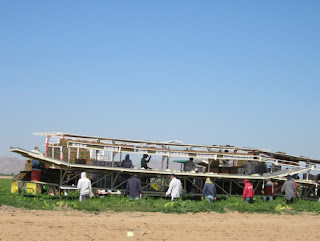 Here we go again. . . It would appear that the Pinal County Sheriff's Office has problems with public information officers. Former "P.I.O." Tim Gaffney found himself entangled and taking flak from various places including the Phoenix New Times over some photographs of barricades in the Sonoran Desert National Monument I took that he hijacked off my blog (without permission) and sent to several border mayors.

From the Phoenix New Times: “Thing is, considering the fact that Gaffney seems to have used a photo from Hughes of a steel barricade out in the desert somewhere without Hughes' permission, Gaffney was on shaky ground from jump. Also, Hughes warning about a handshake photo must've put the fear of Yahweh into Babeu & Co.” More

Gaffney was "promoted" and taken our of the public spotlight. Elias Johnson was hired away from CBS KPHO Channel 5. Apparently, the P.C.S.O. thought they could work the public better with a media hack (propagandist). It will be interesting to find out what horribly embarrassing thing allegedly Johnson did that needs to be kept so quiet. KPHO

FLORENCE, AZ - A Pinal County Sheriff's Office spokesman, and former reporter in the Valley, was placed on paid administrative leave Tuesday after allegations of misconduct were brought to light by another agency.  Full Story 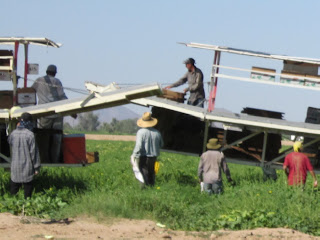 According to InMaricopa.com: “PCSO Reports are currently unavailable while the system is undergoing updates.” What an amazing coincidence. T think not. Again, the media is never honest with us. Reports

Is this another one of Obama's "dreamer" disasters? It wouldn't surprise me. I used to work for a company in Mesa, AZ known as Media Direct (Ashlee's Print Shoppe) and employed people to do door to door literature delivery. Ashlee's 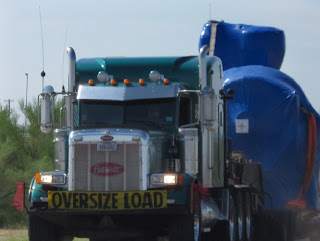 One summer, the boss hired one of his friend's kids. This friend was some sort of big shot with the Mormon Church in Mesa. Well, this kid would enter people's back yards and steal swimsuits and underwear from clotheslines. Soon, the boss started getting calls from people because they suspected our guy. In time, the kid confessed.

My former employer had a habit of hiring degenerates and illegal aliens like Fernamdo, because he liked to pay less than minimum wage. Unfortunately, we rarely hear about crooked businessmen going to prison or having their assets seized for hiring illegal aliens, facilitating identity theft and fraud. The time to punish businessmen for their role in destroying America is long overdue. Eliminating the profit motive will reduce the problem.

If Fernando is the sick and disgusting pervert he appears to be... I hope he enjoys his jail time bent over his rack while his fellow cellies take turns meat plunging the stink hole.

“I'm a 9th generation American and patriot (1737). My forefathers served in the Pennsylvania Militia. On June 27, 1781, they were called upon to perform a tour of duty. I'm still protecting freedom and securing the border, 275 years later.” --Harry L Hughes III
Posted by Harry L. Hughes III at 10:17 PM No comments: