Yet, Another Successful Excursion to the Vekol Valley Smuggling Corridor... and an Alleged Dishonest Postal Worker 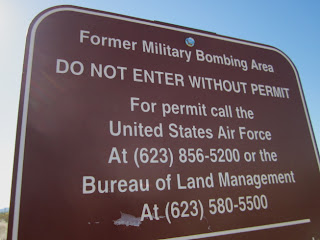 As part of our ongoing desert patrols and border awareness campaign, Thora Jaeger and myself conducted an anti drug and human smuggling operation in the Sonoran desert National Monument on October 9 & 10, 2012. Like many of our patrols, we brought along a photographer and a journalist to document our activities. Our guests, this time, came from New York and Norway (based out of New York). People from around the globe have tagged along with us in the Vekol Valley and surrounding areas.

Shortly before dark, we cleared the culverts under Interstate 8 and found the area devoid of footprints and other recent activity. Afterward, we continued south to a suitable camping location that was located along one of the known trails used by smugglers. We set up a brand new tent. We've lost two tents earlier in the year, due to bad weather. After grabbing a bite to eat, we relaxed and watched the Draconid meteor shower and the military aircraft conducting maneuvers overhead. 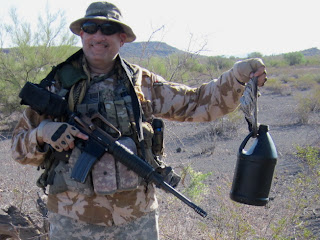 Before the sun came up, we cooked up some peppered bacon and packed up camp. As is always the case, we encountered lots of "sign". The trash and other discards left behind by illegal aliens and drug smugglers. Items included black gallon jugs, shoes, jackets, burlap, rope and even used toilet paper. Our patrol extended to the edge of the Barry M. Goldwater Air Force Range near the Sand Tank Mountains.

As we were heading north towards another area, we observed a truck come up behind us from the "permit only" area of the bombing range. I decided to wait and see what sort of occupants were in the vehicle. They turned out to be a couple of "old timers" and their dog out for a morning excursion. Our patrol concluded later in the day and without incident.

Sheriff Paul Babeu stated, "The creation of the armed Anti-Smuggling Posse will assist our tactical team and narcotics task force as they continue to track, identify and arrest those responsible for drug and human trafficking in Pinal County. The cartels of Mexico have between 75 to 100 lookout posts through this known drug and human smuggling corridor. Full Story 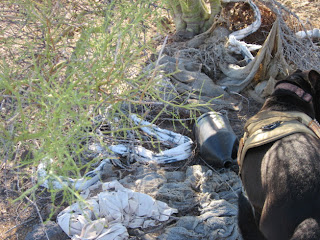 We've been doing this sort of activity for nearly three years. I'm happy to see that Sheriff Paul Babeu wants to get in on some of the action by inviting volunteers to climb some of those spotter hills.

On my last several visits, there was been a very noticeable lack of law enforcement in the A.O. . . except for the ones we called in ourselves. These posse guys will feel like they're 10 feet tall, until they see how unexciting and dull the task actually is. I hope this move gains momentum and people stick with it despite the heat and other obvious hardships associated with doing something our elected and appointed idiots in Washington D.C. don't want anybody doing.

Based on first hand experience, don't trust the U.S. Mail carrier on the rural delivery route in Thunderbird Farms, zip code 85139. That's a community several miles south of Maricopa, AZ in western Pinal County. I've been closely tracking a package, sent via registered mail, that was mailed from Hong Kong on September 27, 2012. If anything, I should have been worried about the Chinese stealing it. Sadly, my concerns should have been with the reliability, honesty and trustworthiness of our own U.S. postal workers. 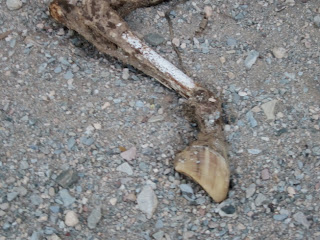 Based on tracking data available online, I was expecting the package to be delivered yesterday (October 9, 2012). I was sitting in my driveway when the mail carrier, who was driving a crappy looking green car with no markings, drove up to my mailbox and delivered a bunch of junk mail and my telephone bill. The mail carrier made absolutely NO attempt to deliver my parcel and left NO notice as was claimed in the tracking report (see below). I sat in my driveway, as the car drove off with my registered package on board.

www.usps.com/redelivery or calling 800-ASK-USPS, or may pick up the item at the Post Office indicated on the notice. If this item is unclaimed after 30 days then it will be returned to the sender. Information, if available, is updated periodically throughout the day. Please check again later. 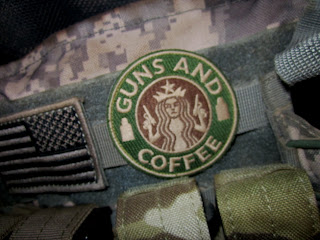 It's quite obvious to me that this person, entrusted with the U.S. Mail, acted dishonestly in the course of his/her duties as a mail carrier. I believe the mail carrier made an intentional and blatant false statement concerning the delivery attempt of my merchandise. Are our packages and parcels safe? By the dishonest conduct of my local postal carrier, I highly doubt it. Liars and thieves are much the same, in my book. Neither can ever be trustworthy.

The bad behavior is detailed in the Postal Service Inspector General's semiannual report to Congress, which covers the period from March to September this year. The watchdog team conducted more than 1,990 investigations that prompted 453 arrests -- very few of which involved postal employees -- and more than $672 million in fines and restitution. More

Apparently, crimes involving postal workers is rampant enough for someone to actually create and update a blog reporting on it. How about that? Like many of the work places I've encountered, I'm sure the United States Postal Service has its' share of thieves and drug addicts that don't give two shits about doing the job they are paid to do. Postal Crime Blog

“I'm a 9th generation American and patriot (1737). My forefathers served in the Pennsylvania Militia. On June 27, 1781, they were called upon to perform a tour of duty. I'm still protecting freedom and securing the border, 275 years later.” --Harry L Hughes III
Posted by Harry L. Hughes III at 10:15 PM No comments: