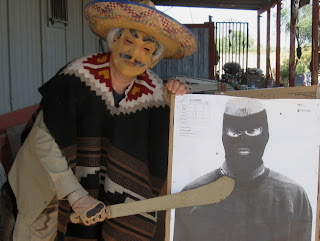 There were two incidents involving machete-wielding criminals in southern Arizona in recent days. One incident was just over a mile from my home at the local convenience store. More often than not, these thugs get a “free pass” from our government.

PHOENIX (CBS5) -Late Thursday night a young Hispanic male walked in to the Circle K convenience store at 1002 North 32nd St. and headed to the back of the store where he removed two cases of beer from the shelf. The suspect then began to exit the store with the stolen merchandise and proceeded to display a machete to the cashier as he walked past the front counter. Full Story 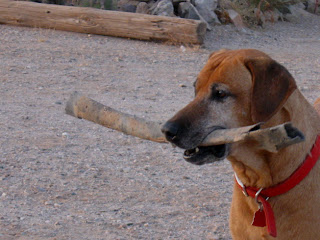 One of the comments couldn't be more clear: "That entire south side of town has turned into a mexican ghetto thanks to Hussein Obama's open borders policys." This one also hit the nail on the head: "Another example of rich cultural heritage. This guy should be at the head of the line for the dream act"

The melon pickers have returned to Thunderbird Farms and as always is the case, crime, chaos and filth have returned with them. Here's the CAD report as received by Pinal County Sheriff's Office dispatch. 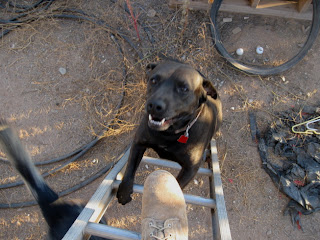 Cad Info: ROBS CONVENIENCE STORE. MALE SUBJ WITH MACHETE. HITTING THE TREES. SUBJ THEN SAID HE WAS GOING TO CUT RPS THROAT. NKI SUBJ STILL IN PK LOT. NO VEH ACCESS. SUBJ IS H/M 18-19YRO 505/125 BBALL CAP BLK/GLD IN COLOR.. TAN PANTS. BLK SWEATSHIRT ON. SUBJ HAS A WHI GROCERY BAG. RP ADV SUBJ IS LAYING IN THE DIRT ON THE GROUND.. DOESN'T APPEAR TO BE HURT. RP ADV SUBJ IS BY HIMSELF. NO ONE NEAR THE SUBJ. RP WILL STAY ON THE 21.. WITH A OPEN LINE. RP HAS TO ASSIST HIS CUSTOMERS.

1C35 - START AK CHIN PDMI WHERE ON THE PROPERTY IS THE SUBJECT ? STILL OPEN LINE. RP ADV SUBJ DID TRY TO COME INTO THE STORE TO PURCHASE BEER. RP DIDN'T SELL THE BEER TO SUBJ. DUE TO APPEAR OF UNDERAGE. THEN SUBJ WENT OUTSIDE TO HIT THE TREE. RP ADV SUBJ HAS BACKPACK. RP CANT SEE THE MACHETE. RP ADV SUBJ IS 54A. WILL BE ON THE EAST OF PK LOT. NEAR RETENTION PUMPS CORRECTION. RETENTION POND. NEAR THE FARM EQUIPMENT. RP NEVER SEEN THE SUBJ BEFORE. RP ADV THE MACHETE IS 2FT LONG.

AK CHIN ENRT. RP ADV THE SUBJ STAGGERED INTO THE STORE. INITIALLY TRIED TO PURCHASE 3PK OF BEER. THEN SUBJ WENT OUTSIDE. THEN RP TOLD HIM TO LEAVE AFTER DESTROYING THE PROPERTY. THAT'S WHEN THE SUBJ WAS GOING TO CUT RPS THROAT RP ADV SUBJ DID GET UP.. BUT NOW IN THE TREE WELLS. LOOKS LIKE HE IS SLEEPING.  IS THE SUBJECT BACK IN THE STORE NOW? OR STILL ON THE GROUND BY THE FARM EQUIPMENT? SUBJ IS BY THE FARM EQUIP.. RP ADV THERE IS BAG 10 FT AWAY FROM SUBJ.. MACHETE MIGHT BE IN THE BAG. RP ADV THE MACHETE WAS WRAPPED IN SWEATSHIRT. RP DISC. ADV UNITS 97. C4 WITH 1 DETAINED BACK TO CH.1 START MEDS. MEDS ENRT. 925 97. Subject transported by Southwest to Chandler Regional Medical Center. TRANSPORTED BY 925 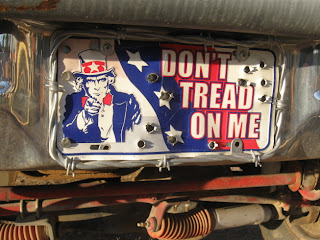 When you bring Third World People into a First World Country, you eventually turn that country into a Third World cesspool, too. This has already happened and this is the price we are all going to pay. Unfortunately, that price will also be paid in blood of innocent people.

The ultra-violent street gang MS-13 has been designated as an international criminal group on Thursday, marking an unprecedented crackdown targeting the finances of the sprawling gang infamous for hacking and stabbing victims with machetes. Full Story

On top of its already extremely violent and dangerous activities, there are growing indications that MS-13 has merged with the Los Zetas drug cartel, which has begun to engage in training MS-13 members in Mexico. 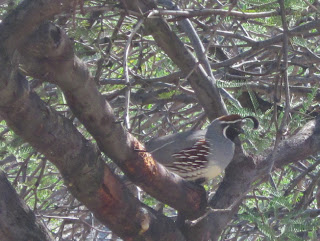 Oct. 31, 2012 –According to scanner traffic and other sources, PCSO is investigating reports of a shooting in Vekol Valley, which is southwest of Maricopa. Border Patrol is also involved in the search for a shooting suspect. Apparently a 9-11 call was received from someone saying they had been shot with an assault rifle. Full Story

“I'm a 9th generation American and patriot (1737). My forefathers served in the Pennsylvania Militia. On June 27, 1781, they were called upon to perform a tour of duty. I'm still protecting freedom and securing the border, 275 years later.” --Harry L Hughes III
Posted by Harry L. Hughes III at 5:58 PM 1 comment: