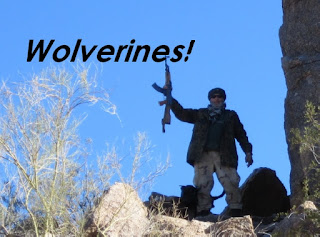 Our government, supposedly of, by and for the people, passes laws that punish innocent responsible people. Soon, anyone who is known to possess certain firearms will have their doors kicked and have automatic rifles stuck in their faces. They will be sent to prison, not because they harmed anyone but because they possessed an inanimate object the government doesn't approve of.

Everything the government does, every law it passes, every regulation it imposes are always backed by the threat of gun violence. The government doesn't give you a thing that wasn't taken from someone else. Remember that! 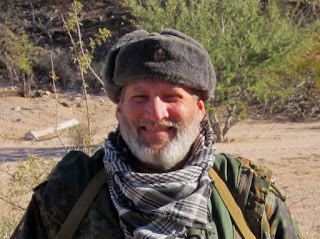 Bank of America has reportedly frozen the account of gun manufacturer American Spirit Arms, according to its owner, Joe Sirochman... “After countless hours on the phone with Bank of America, I finally got a manager in the right department that told me the reason that the deposits were on hold for further review -- her exact words were -- ‘We believe you should not be selling guns and parts on the Internet.’” Full Story

Several years ago, I worked as a courier. I transported a multitude of things that included bank bags, money, mail, narcotic drugs, pharmaceutical products, infectious diseases, freight, office supplies, checks and legal documents. One of my employer's clients was Bank of America. I had access to their cash vault, mail room and dozens of branches across Maricopa County. There were times that I has the alarm codes and keys to multiple branches at any given time. After only a short time, it became obvious that their security and policies were lacking.

This job was normally not very exciting and could even be relaxing, at times. On two separate occasions, I did have the pleasure of being in branches that were being robbed by armed criminals. Despite having a firearm, I was prohibited from using violence against the poor armed bank robbers. The first robbery occurred in July. It was more than 100 degrees, that afternoon. 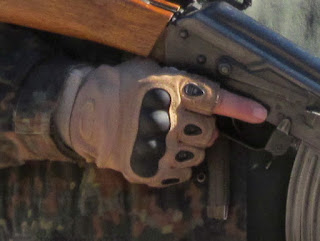 As I was entering the branch, I couldn't help, but notice this Hispanic male subject wearing a turtle neck and white jacket. He entered the branch, just as I was walking in. His outfit looked like a disco suit right off of Saturday Night Fever. I saw the red flags, immediately. He proceeded to the merchant window and presented a black plastic bag and a small shiny nickel plated firearm. All I could do was notify my dispatcher that the bank was being robbed and that I would be late for my next stop.

Without any doubt, I could have stopped this dangerous robbery suspect in his tracks. Unfortunately, company policy prohibited me from making any attempt to neutralize this obviously dangerous subject. Bank of America employees, customers and myself were all in jeopardy. This ridiculous policy endangered everyone present. It became clear to me that policies like this only encourage and embolden serial bank robbers and exponentially increase the probability for violence and mayhem.

Bank of America has plenty of security flaws. One of the processing centers I had access to had a keypad entry code that any child could have figured out in a minute or two. All of the branches inside of Fry's Marketplaces in the Phoenix Metro area have the exact same entry code. A code that utilizes repeating characters that could be easily figured out by even the lowest common denominator in the criminal world. 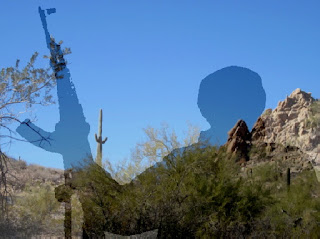 Anyone with minimal knowledge could have defeated Bank of America's security. Employees, contractors, vendors and customers are given only the illusion of safety. In reality, customers and employees are sitting ducks.

Urgent: Call and write letters to your elected representatives and county sheriff...

I strongly urge you to oppose any legislation to ban so-called "assault weapons" and "large" ammunition magazines.

A previous ban on these inanimate objects was in effect from 1994-2004 and had no discernible effect on violent crime. In fact, a study of the ban mandated by Congress found: "At best, the assault weapons ban can have only a limited effect on total gun murders, because the banned weapons and magazines were never involved in more than a modest fraction of all gun murders."

Tens of millions of Americans choose to own semi-automatic firearms with (standard) ammunition magazines that hold more than 10 rounds for the same reason as law enforcement officers: they are effective for self-defense. One never knows how many rounds he or she will need for self-defense or defense of others, or how many criminals may attack. Thus, having a firearm that allows its lawful user to discharge multiple shots can often be the difference between life and death. In fact, a number of studies have shown that firearms are used for self-defense hundreds of thousands of times, annually. This amounts to guns being used 3-5 times more often for self-defense than to commit a crime. 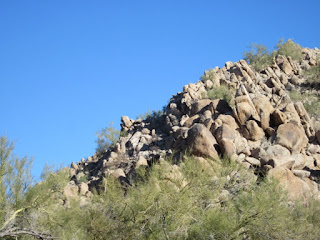 The government can shut down every gun factory, close the gun shops, fire some 200,000 firearms industry employees and even chop off the hands of machinists, but there's no way they will ever be able to stop weapons from pouring over thousands of miles of unprotected border.

Apparently, you have forgotten or weren't aware that countless black and Hispanic gang members are well armed with full auto AK-47's that originated from China and former Warsaw Pact nations. Hardware like this has been entering our country, unchecked for decades. Laws will not stop this, ever.

Rather than expanding previously failed legislation that won't curb violence, but will affect law-abiding gun owners, I urge you to support legislation to enhance school security and improve our nation’s ailing mental health system.

"We must reject the idea that every time a law's broken, society is guilty rather than the lawbreaker. It is time to restore the American precept that each individual is accountable for his actions." --Ronald Reagan
Posted by Harry L. Hughes III at 8:14 PM No comments: