The drug and human smuggling epidemic near my home continues, without letting up... “223” Day of Resistance, Phoenix, AZ 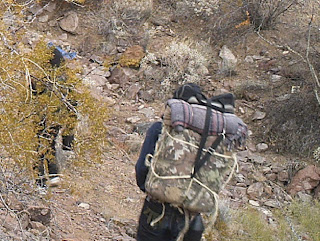 This is how my week started... Monday, February 18, 2013, Drug cartel activity in Thunderbird Farms: Early this afternoon, a "load vehicle" (red pickup) containing what is believed to be several bales of marijuana was stopped on Mayer Blvd. west of White Rd. Several subjects, some dressed in camouflage, fled north and four are in custody, Others may still be outstanding. Multiple units from the P.C.S.O. promptly responded.

If you recalled, Janet Napolitano, Director of the Department of Homeland Security, visited Arizona. And like a broken record, claimed that our border is more secure than ever. Most thinking people don't see it that way. Full Story 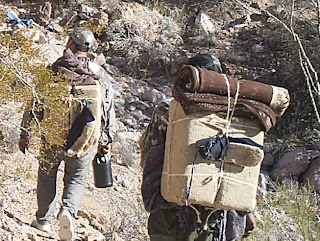 While Washington D.C. politicians are out doing photo ops and spewing lies, I've been out in the field observing how secure our southern border is NOT. I spent Thursday, February 14, 2013, in the southern part of the state, far away from the well guarded ports of entry and television cameras.

At almost every turn, we encountered Mexican nationals and/or signs of drug smuggling. Our first contact was made at approximately 8:22 AM east of SR 85 in the Barry M. Goldwater Range. This is a permit required area. Base security must also be notified upon entry. I'm sure the Mexican male subject we found did not have that permit. He appeared to be loitering in a steep canyon area.

After reviewing trail camera photographs dating back before December 25, 2012, it became obvious that large quantities of marijuana were being smuggled through this area, unchecked and unopposed. In Pima County, it appears that drug and human smugglers get a free pass. 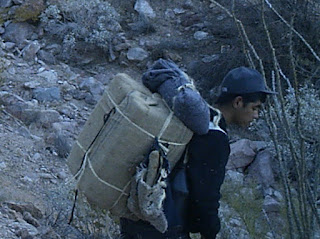 After leaving the bombing range we made our way south through Ajo. We stopped at the local Pizza Hut, where we found two Border Patrol agents enjoying their meal. That as the only time and place we observed B.P. agents during our lengthy outing. Following lunch, we proceeded to some B.L.M. Land on the outskirts of Ajo. In a mountainous area, more evidence of drug smuggling was soon discovered.

So on the one hand, their deportations of illegals who are convicted of crimes in the United States are up, and yet they are not tracking illegals who become welfare dependent upon the government (ie. taxpayers). This is a very serous issue, because we are talking 36% of immigrants are on welfare! Whether people want to admit it or not, that is not only a disastrous economic issue, it’s a national security issue. Full Article

A spotter position was noticed on a nearby peak and a human figure was observed manning the OP. Photographs taken over a two month period from a trail camera also revealed large quantities of marijuana being transported along the trail. While the camera was being serviced, three Mexican male subjects walked into our POS and quickly retreated up the mountain. They were carrying bales of marijuana on their backs. 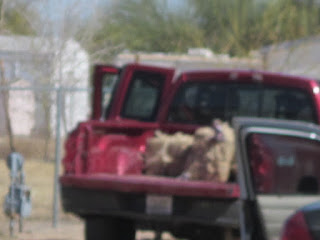 The Border Patrol station in Ajo, AZ was notified and no agents were willing or motivated enough to respond. Multiple calls were made and agents cited a variety of issues and reasons (excuses) not to respond, including GPS coordinates they apparently, could not comprehend.

The cartels have gained a foothold in every major city in the United States -- 1,286 cities to be exact. Law enforcement officials across the country confirm that most of the gang violence that occurs in major cities is perpetrated by illegal alien criminals who operate as the foot soldiers on the front lines for the Mexican drug cartels. Full Article 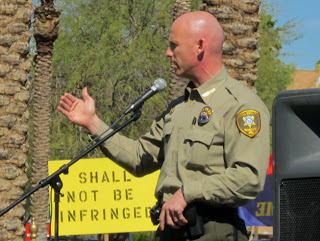 Shortly before this potentially dangerous encounter, we stopped and talked to four people from British Columbia who were "out and about," enjoying the scenery. They were completely oblivious to the dangers that lurked in the hills, nearby.

I wrapped my week up at the State Capitol in Phoenix. I attended the “223” Day of Resistance rally on Saturday. Pinal County Sheriff Paul Babeu gave a motivating speech. Other public figures were also in attendance. Despite the large turnout, local television news (leftist propaganda outlets) paid little attention to the rally.

Thousands across the nation gathered today to mark Day of Resistance, an event sparked by President Obama’s signing in December of 23 executive actions on “gun violence reduction.” Full Story My Video

“No law abiding citizen in the United States of America has any fear that their Constitutional rights will be infringed in any way, none, zero.” --Joe Biden, Vice President of the United States and a special kind of stupid
Posted by Harry L. Hughes III at 11:35 AM No comments: