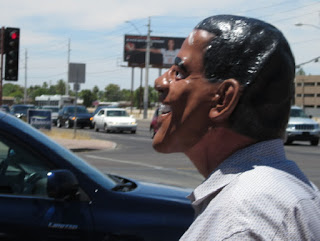 Prior to 1965, America had in place an immigration restriction policy, and again the opposition to this was almost exclusively Jewish. In 1921, 1924, and 1952, Congress passed legislation that simply attempted to maintain the racial status quo in America. Congressman Emanuel Celler, who fought for unrestricted immigration for over 40 years in the House of Representatives, introduced similar legislation resulting in the ‘Celler-Hart Immigration Bill,’ the precursor to the fatal bill of 1965.

On Tuesday, May 21, 2013, I decided to make an appearance at a Tea Party sponsored protest at the downtown Phoenix IRS office. There were several dozen unhappy taxpayers and one person wearing a black Obama face mask. Protests in other states were greeted by armed DHS goons. Apparently, they thought there might be “trouble”.

In Congress... This administration, this agency, the very agency charged with enforcing Obamacare,' Jordan said in an opening statement, 'systematically targeted groups that came into existence because they opposed Obamacare and they started the targeting the very month, March 2010, that Obamacare came into law. They expects us to believe this is all the work of ‘two rogue agents.' More 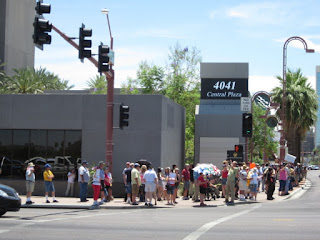 Unlike the Occupy Wall Street crowd, this group failed to defecate on police cars and didn't leave a single piece of trash on the ground. That's the norm with Tea Party groups. These people are orderly and neat. Oddly, the DHS was not actively bending over backwards to intimidate the OWS groups, when they were destroying city parks with their drugs and filth.

Any illegal immigrant found guilty just once of certain misdemeanors should not be allowed to stay in this country; the risks they present to American citizens outweigh any other motivations. Unfortunately, these kinds of crimes do happen. As President Obama and Vice President Biden have told Americans, politicians have the responsibility to act when legislation could save even one life. Full Article  Remember 1986 Video 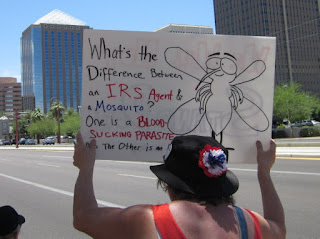 According to Janet Napolitano, "The border is more secure than ever." Her claims are total insanity. One the same day, Illegal alien cop killers: Arizona Texas

While Americans were hearing about scandal after scandal with this corrupt Administration and/or concerned with the Tornado in Oklahoma - last night, the Representatives of ILLEGAL ALIEN Foreigners - passed the Amnesty bill last night in Senate Committee by a vote of 13 to 5, including 2 of the 4 GOP authors. It now heads to the floor of the full Senate the beginning of June. More

Under the watchful eye of Homeland Security — yes, they were present — protesters carried signs that read “We Do Not Consent to Tyranny,” “Abolish the IRS” and “Don’t Target me Bro!,” making it clear they do not condone the use of the IRS as a political weapon. Full Article

It would be an interesting exercise to have twelve Tea Party members and twelve IRS employees selected at random and have both groups undergo an independent audit of their tax returns.

Obama's administration is so afraid of this protest they felt the need for a police presence, a show of force because Obama's government won't be intimidated by a handful of anti-government people. No, Obama's show of force is intended to intimidate those anti-government protesters. Only we're laughing at them. Here, have a cupcake, would you like some coffee? Full Article Photos Watching Americans, while thousands of illegals are crossing the Mexican border More 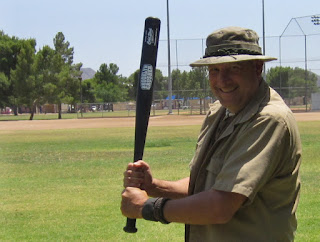 Meanwhile, the TSA gropes and molests senior citizens and toddlers at every major airport in the country, all in the name of "security". This is what tyranny and oppression looks like. The "Progressive Movement" is a Marxist movement. If you doubt that, go to the US Communist Party's web site (http://www.cpusa.org/) and compare for yourself. Their finial goal is the destruction of Western Civilization and the establishment of a totalitarian New World Order.

These scandals should serve as the exact reason that gun owners oppose any sort of expanded government regulations on our right to bear arms. It seems that when the government is able to get its hands on any sort of personal information it can’t help but use it improperly. Full Article 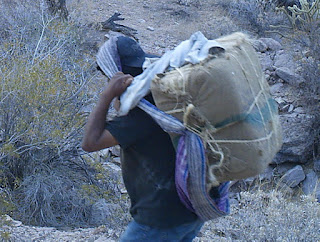 "Any elected official knowingly signing unconstitutional legislation into law, issuing orders or communications in the official capacity of the office they hold undermining the Constitution are fundamentally in breach of their respective oaths of office and we the people have every right and authority, indeed the obligation, to remove that official from that office by whatever means necessary in order to defend the crucible that is our nation."

"Hitler will emerge from the hatred that surrounds him now as one of the most significant figures who ever lived... He had a mystery about him in the way that he lived and in the manner of his death that will live and grow after him. He had in him the stuff of which legends are made." -- John F. Kennedy, President of the United States
Posted by Harry L. Hughes III at 7:54 PM No comments: