Out and about in Maricopa: Grocery shopping, a good deed and my first time at the controls of a scooter chair 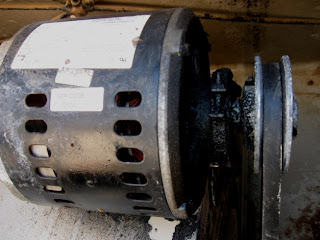 I took a few days off from Vekol Valley and Sonoran Desert National Monument "border" operations, because of the opening of dove season. With so many inexperienced shooters taking to the desert, along with an increased presence of sheriff's deputies and game and fish officers, I decided to take care of a few chores, at home. I'll wait for the "crowd" to "thin out".

Every year is different when it comes to dove hunting. Seasonal rains and other factors can cause wildlife to frequent different locations than in years past. Take a few minutes to visit www.azgfd.gov/dove. You'll find almost everything you need to know about dove hunting, including tips from department experts like Johnathan O'Dell, a small game biologist with Arizona Game and Fish Department. Full Article 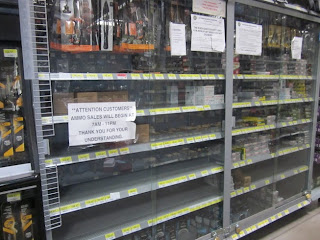 I started my first small project on Labor Day. My evaporative cooler needed a new drive belt and what initially was a minor $13.00 problem, escalated to a nearly $100.00 project. After 8+ long years of service, the A.O. Smith 1/2 horsepower single speed electric motor finally gave out.

I ordered one identical to the one I have and it should be here in a week, or so. In the mean time, 3/4 of my home is 100+/- degrees. Only my office is air conditioned.

I'm hopeful the new motor arrives in a timely manner and the installation will go without any complicated challenges or complications. I make every attempt to keep my systems up and running through the summer, because nobody like sweating over projects, during the hottest part of the year.

By midweek, it was time to go grocery shopping. To make things a little more interesting, I went along with a friend and my camera. Our first stop was the Walmart along the Maricopa Casa Grande Highway. I didn't buy anything, there. As usual the ammunition shelves were looking rather sparse. Our next and most exciting stop was Fry's, along the John Wayne Parkway. 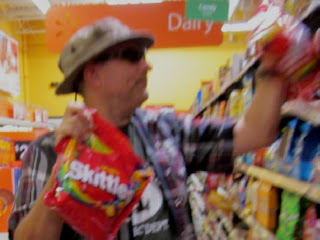 I also checked out the candy aisle and Skittles. I'm considering an upgrade to my AR-15 rifle, involving a pistol grip with a small storage space. I thought it would be a good place to have a few Skittles stowed, for out in the field.

Upon entering the store, I noticed Steve Smith, our state legislator was in the juice aisle. I walked by and said my hellos and inquired about the local 911 ceremony that is normally held at the VFW in Maricopa. Despite September 11 being a rainy day, more often than not, I'll be attending the flag raising ceremony.

Steve is a strong conservative who stands for the principles of God, family, and country and is committed restoring economic development in Arizona, improving education, and fighting illegal immigration. Steve, along with his wife and two children, live in the great city of Maricopa which is part of Legislative District 23 that he proudly represents. Link 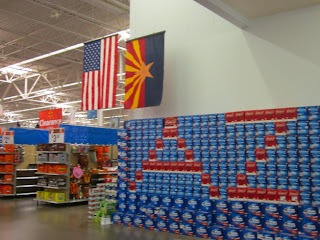 I completed my shopping and waited outside on some grossly overpriced lawn furniture. The others in my party would soon complete their shopping tasks. I observed a woman that was experiencing some difficulty in walking.

To make her trip to the store a little easier, I grabbed one of the electric scooter chairs and drove it out to her. That was my first time operating such a contraption. Considering I have experience operating forklifts and tractors, this was not all that difficult a task. That concluded my visit to Fry's.

My last stop was Basha's. Recently, Basha's got into a little trouble mislabeling and over charging customers for meat. I came across a familiar face, who happens to work there, and talked about things going on in our neighborhood.

The NPA came as the result of an investigation conducted by the U.S. Department of Agriculture (USDA), whereas it was determined that between 2010 and 2012, employees within the meat department of multiple AJ’s locations in Arizona followed a practice of mislabeling two particular meat products without upper management’s knowledge or approval. 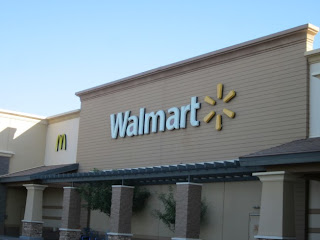 I will be returning to the field in very short order and will provide more photos and information, as the become available. Before signing off, I'd like to relay some important information to all those who may be "operating" in and around the Vekol Valley. The Maricopa County Sheriff's Office is requesting that operators remove flashlights from their rifle barrels and/or avoid shining them on their deputies. Let's stay safe.

"...the battle for American freedom was begun by the thousands of farmers and tradesmen who made up the Minute Men - citizens who were ready to defend their liberty at a moment's notice. Today we need a nation of minute men; citizens who are not only prepared to take up arms, but citizens who regard the preservation of freedom as a basic purpose of their daily life and who are willing to consciously work and sacrifice for that freedom. The cause of liberty, the cause of American, cannot succeed with any lesser effort" --John F. Kennedy
Posted by Harry L. Hughes III at 4:50 PM No comments: