In her bid to crush the First Amendment, Senator Diane Feinstein singles out the National Socialist Movement 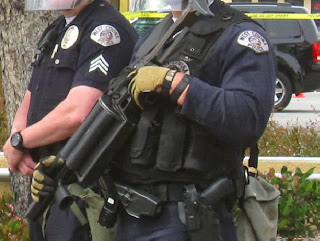 When you restrict citizen's access to the truth or prevent them from finding it out, you are well on the way to a totalitarian government. California voters and voters across the country had best remember this at election time. You are warned! “If you're not going to use your free speech to criticize your own government, then what the hell is the point of having it?” --Michel Templet

“I believe there are more instances of the abridgment of the freedom of the people by gradual and silent encroachments of those in power than by violent and sudden usurpations.” --James Madison... And that is exactly what's happening in this country, right now, today. 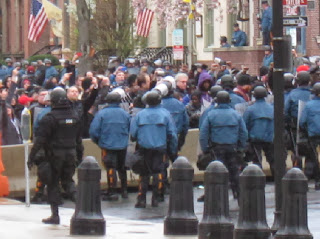 “Everyone has the right to freedom of opinion and expression; this right includes freedom to hold opinions without interference and to seek, receive and impart information and ideas through any media and regardless of frontiers.” --United Nations, Universal Declaration of Human Rights

Feinstein: First Amendment Is A Special Privilege, Not A Right!

California Senator Dianne Feinstein has proposed an amendment to the Media Shield Law that would ignore the protection afforded by the First Amendment and would limit the law’s protection only to “real reporters,” not bloggers and other upstart alternative media types. Full Article

“Our Press and our schools cultivate Chauvinism, militarism, dogmatism, conformism and ignorance. The arbitrary power of the Government is unlimited, and unexampled in history; freedom of the Press, of opinion and of movement are as thoroughly exterminated as though the proclamation of the Rights of Man had never been. We have built up the most gigantic police apparatus, with informers made a national institution, and the most refined scientific system of political and mental torture. We whip the groaning masses of the country towards a theoretical future happiness, which only we can.” -- Arthur Koestler, Darkness at Noon

Unalienable: The state of a thing or right which cannot be sold.

It is significant that the guarantee of freedom of speech and press falls between the religious guarantees and the guarantee of the right to petition for redress of grievances in the text of the First Amendment, the principles of which are carried to the States by the Fourteenth Amendment. It partakes of the nature of both, for it is as much a guarantee to individuals of their personal right to make their thoughts public and put them before the community, see Holt, Of the Liberty of the Press, in Nelson, Freedom of the Press from Hamilton to the Warren Court 18-19, as it is a social necessity required for the "maintenance of our political system and an open society." Time, Inc. v. Hill, supra, at 389. It is because of the personal nature. FullArticle

“Restriction of free thought and free speech is the most dangerous of all subversions. It is the one un-American act that could most easily defeat us."[The One Un-American Act, Speech to the Author's Guild Council in New York, on receiving the 1951 Lauterbach Award (December 3, 1952)]” --William O. Douglas 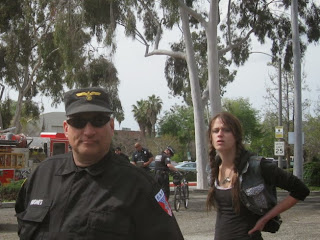 Being that I support and advocate for our basic constitutional freedoms, I could not idly sit by on the sidelines and do nothing. I have written Senator Diane Feinstein a brief, but specific point that our freedom of speech (and press) applies to all, not just the corporate media (propaganda outlets) that are in cahoots with the current oppressive regime.

Communism is alive and well in the United States Senate and proposed amendments to the Media Shield Law prove it, beyond any doubt

Since Senator Feinstein failed at repealing the Second Amendment to our beloved Constitution, she appears to be Hell bent on going after our First Amendment rights, our freedom of speech (and press).

The reason the press is mentioned in the First Amendment is because the founders wanted to be sure everybody understood they had just as much of a right to free speech as the individual. The individual and the press are not to be separated, but included together as the same. Any elected official who thinks differently, needs to resign, pack their bags and go home.

Reading the Federalists Papers, letters, and drafts of the amendments lends quite a bit of insight. For instance, James Madison's original draft of the Bill of Rights contained two proposed amendments dealing with freedom of speech. One proposed amendment said "The people shall not be deprived or abridged of their right to speak, to write, or to publish their sentiments; and the freedom of the press, one of the great bulwarks of liberty, shall be inviolable." This in no way contradicts the final legislation but in fact, clarifies it. 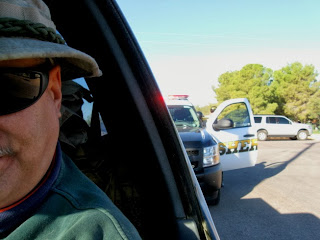 Freedom of speech and of the press served one purpose in America: To remove the fear of the common law doctrine of seditious libel so citizens could freely speak or publish without license their grievances against public policy or conduct of public officials. One of the distasteful things found under the common law was the government practice of criminalizing or shielding itself through requiring license to publish of any criticism it felt made people dissatisfied with their government or government established religion. More

“Once a government is committed to the principle of silencing the voice of opposition, it has only one way to go, and that is down the path of increasingly repressive measures, until it becomes a source of terror to all its citizens and creates a country where everyone lives in fear." [Special Message to the Congress on the Internal Security of the United States, August 8, 1950]” --Harry S. Truman
Posted by Harry L. Hughes III at 10:33 PM No comments: